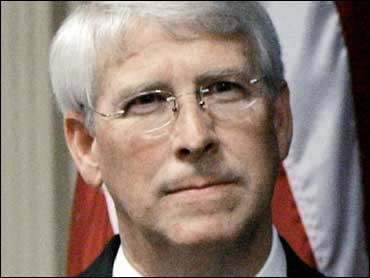 The Senate voted Wednesday to permit passengers on the Amtrak passenger railroad to transport handguns in their checked baggage.

The proposal, approved by a 68-30 vote, seeks to give Amtrak riders rights comparable to those enjoyed by airline passengers, who are permitted to transport firearms provided that they declare they are doing so and that the arms are unloaded and in a securely locked container.

"Americans should not have their Second Amendment rights restricted for any reason, particularly if they choose to travel on America's federally subsidized rail line," said Sen. Roger Wicker, R-Miss., who made the proposal.

Wicker's amendment would deny the railroad its $1.6 billion taxpayer subsidy unless it changes the gun policy.

Current Amtrak policy, put in place after the bombings of passenger trains in Madrid five years ago, prohibits weapons, including firearms, from being carried on its trains.

Prior to the Sept. 11, 2001 terrorist attacks, Amtrak permitted firearms to be carried on its trains so long as they were separately secured in locked baggage or carrying cases. But it added restrictions on carrying weapons after 9/11 and imposed a total ban on all weapons after the Madrid bombings.

Wednesday's vote was the latest in a string of victories for gun rights activists in the Senate despite Democrats' sizable majority. Some 27 Democrats, including Majority Leader Harry Reid of Nevada, voted for the amendment, many from western or southern states. Independent Bernie Sanders of Vermont, who aligns with Democrats and is one of the chamber's most liberal members, also voted on the pro-gun rights side.

Opponents of changing the policy back, such as Sen. Dick Durbin, D-Ill., say it would be too costly and burdensome to return to the old policy. Durbin said that "Amtrak doesn't have the security infrastructure, the processes or the trained personnel in place to ensure that checked firearms would not be lost, damaged, stolen or misused."

The chief author of the underlying transportation appropriations bill, Sen. Patty Murray, D-Wash., said implementing the policy would be too costly.

"Amtrak would have six months to build a process for checking and tracking firearms. It would have to find the manpower necessary to screen and guard firearms and it would have to purchase the equipment necessary," Murray said. "If they do not comply, Amtrak will shut down."

Paul Helmke, president of the Brady Campaign to Prevent Gun Violence, said he "doesn't have problems with people transporting guns on trains so long as steps are taken to make sure they're secured and properly stowed."

He added that some senators are eager to get back in good stead with the National Rifle Association after crossing the group by voting to confirm Sonia Sotomayor to the Supreme Court and to defeat a proposal to permit people with concealed weapons permits to carry hidden guns outside their home states.

The legislation still must be reconciled with a House-passed measure than does not contain the gun rights provision.