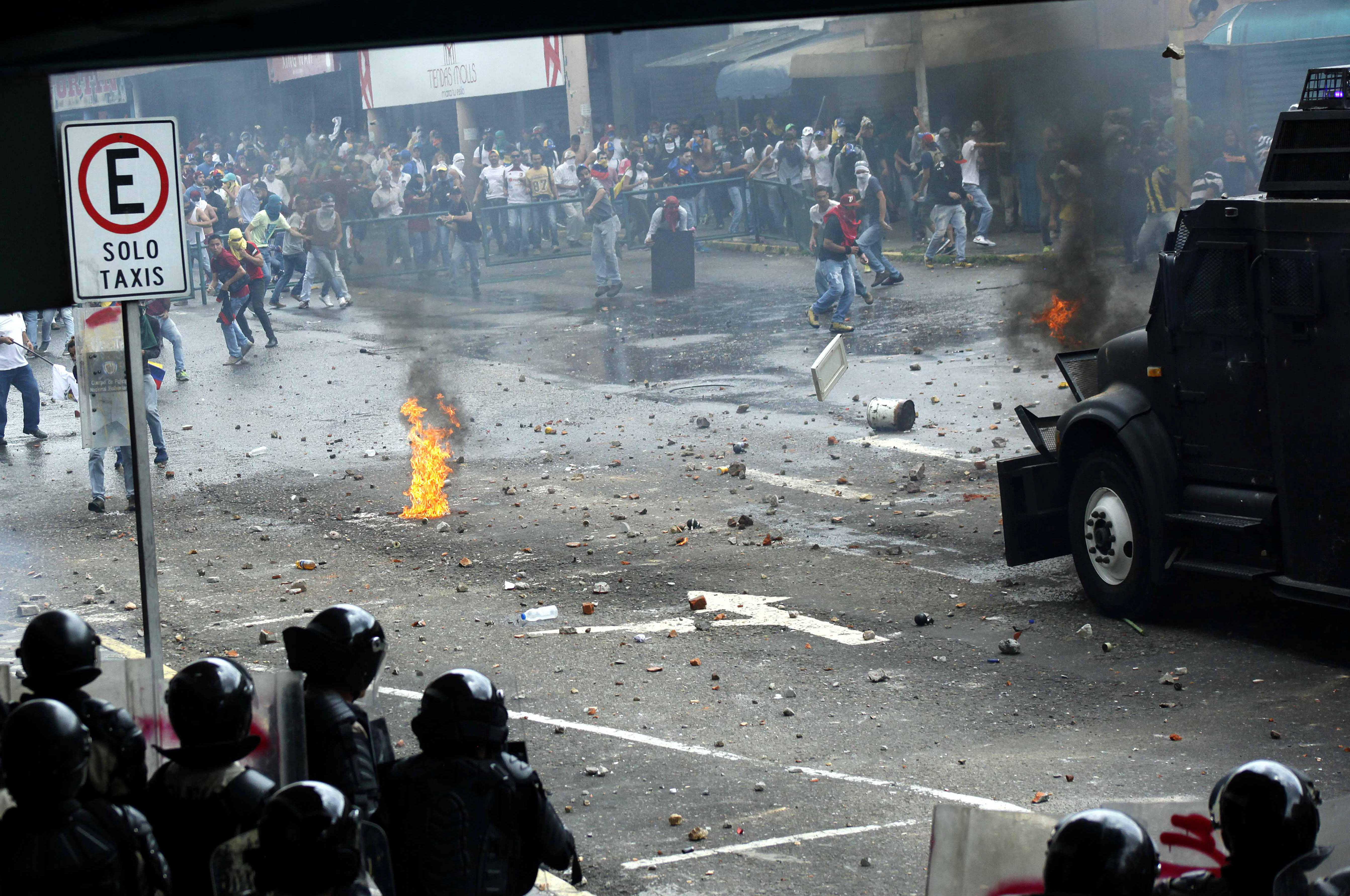 A bipartisan group of U.S. Senators introduced a wide-ranging bill Wednesday aimed at the crisis in Venezuela, calling for sanctions and demanding President Donald Trump step in to prevent a deal struck by Venezuela's state oil company that might lead to Russian ownership of U.S. oil.

The bill calls for the State Department to coordinate an international response to the crisis in Venezuela; requires the U.S. intelligence community to prepare an unclassified report on the involvement of Venezuelan government officials in corruption and the drug trade; and would provide $10 million in humanitarian aid for the country. Food shortage and triple-digit inflation in Venezuela have led to weeks of violent protests against President Nicolás Maduro.

"The United States Congress is forced once again to take forceful legislative action in light of the appalling dismantling of democracy, explosion of human rights abuses and boiling economic crisis in Venezuela," Menendez, the ranking member of Senate Subcommittee on the Western Hemisphere, said in a statement to CBS News. "The suffering of the people of Venezuela is real and harrowing, and it now appears evident Nicolas Maduro will continue abusing them without any accountability and will continue to drive his country's economy further into the ground unless the international community steps up in a major way."

The bill comes five days after U.S. Treasury Steven Mnuchin missed a deadline to respond to a letter sent by six senators, including some who are sponsors of the bill, calling for the Treasury to investigate the Rosneft deal.

The deal "could have significant national security implications for critical energy infrastructure in the United States," the senators wrote in the letter.

The letter notes that the deal would potentially give Rosneft a 49.9 percent minority stake in Citgo, but other transactions could tip the Russian company into owning a majority of the company. The senators also expressed concerns that Russia could use its control of Citgo to counter sanctions imposed by the Obama administration after Russia annexed the Ukrainian territory of Crimea in March 2014.

The bill effectively bypasses the Treasury Department, calling on the President to take all necessary steps to prevent Rosneft from gaining control of U.S. energy infrastructure.

"As the Venezuelan regime spirals out of control, this bipartisan legislation represents our resolve for the United States to speak unequivocally in our rejection of the abhorrent state of affairs in Venezuela and its potential destabilizing impact in our hemisphere," Menendez said.

Got news tips about the petroleum industry, international finance or public corruption? Email this reporter at KatesG@cbsnews.com, or via his encrypted address, grahamkates@protonmail.com (PGP fingerprint: 4b97 34aa d2c0 a35d a498 3cea 6279 22f8 eee8 4e24).

2,750 people have more wealth than half the planet: report
Graham Kates