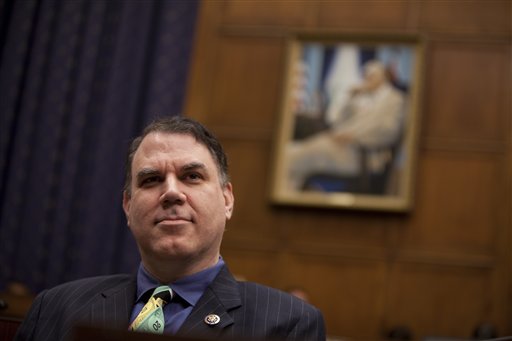 The Senate has given President Bush the $15 billion he sought to take on the scourge of global AIDS and prod the rest of the world to follow America's lead.

Senate Majority Leader Bill Frist, a doctor, hailed passage early Friday of the five-year plan as "the first major step in reversing this greatest of humanitarian challenges of the 21st century."

The bill passed by voice vote after the Senate, at White House urging, defeated all but one attempt to amend the measure cleared earlier in the House. House GOP leaders agreed to the one amendment, on debt relief for poor AIDS-hit countries, and are expected to send the bill to the president as early as next Tuesday.

In a statement issued by the White House, President Bush said he looked forward to signing the legislation as soon as possible.

"With today's vote in the United States Senate, Congress has given the hope of life to millions of people in countries most afflicted by AIDS. This historic legislation will enable us to provide critical treatment and care for millions who suffer and greatly expand successful prevention programs to help those at risk," Bush said.

Frist, R-Tenn., and other GOP leaders said it was imperative to get the bill to the president quickly so he can go to the June 1-3 summit of world leaders in Evian, France, with evidence of U.S. determination to prevent the spread of AIDs and bring relief to its 42 million victims.

AIDS groups agreed that the U.S. action could spur others at the summit to increase their investments. Dr. Peter Piot, head of the Joint United Nations Program on HIV/AIDS, said the congressional action would "send a strong message that the global fight against AIDS should be a top priority at this meeting."

Democrats chafed at GOP resistance to their attempts to amend the legislation, but joined in stressing the need for unity and urgency. HIV/AIDS, said Senate Democratic leader Tom Daschle, is more than a humanitarian crisis.

"AIDS is a national security issue. It is a public health issue. It is an economic issue. And it is a moral issue. We have the tools to fight this disease. It is our duty and our obligation to use them," he said.

President Bush set the stage for Thursday's vote last January when he urged Congress in his State of the Union speech to come up with $15 billion for worldwide AIDS programs, nearly triple current levels of spending.

The legislation, while unprecedented in its scope, only authorizes the spending of $15 billion over five years. Congress must still approve real spending levels in its annual budget appropriations.

Failure of the president and Congress to actually fund the program would be "playing a cruel joke on countries battling for survival," said Global AIDS alliance executive director Dr. Paul Zeitz.

The bill specifically targets 12 nations in sub-Saharan Africa and two in this hemisphere, Haiti and Guyana, that have been ravaged by the AIDS pandemic.

Mary M. Kanya, ambassador from Swaziland and chairwoman of the African HIV/AIDS Task Force, at a Senate news conference thanked the United States for its help when the world was "standing on the threshold of the extinction of the African people." She said 38.6 percent of adults in her country were infected with the AIDS virus.

The package recommends that 55 percent of direct aid go to treatment programs, 20 percent to prevention, 15 percent to palliative care and 10 percent to children orphaned by the disease. It also would allow, but not require, the administration to contribute up to $1 billion in 2004 to the international Global Fund to Fight AIDS, Tuberculosis and Malaria.

It establishes the position of Coordinator for HIV/AIDS at the State Department.

In addition to disputes over funding levels for the two-year-old Global Fund, the main battle was over how to prioritize abstinence and condom programs.

The model cited by both sides was Uganda, which has successfully reduced infection with its ABC program stressing "Abstinence, Be Faithful and Condoms when appropriate."

But House conservatives were able to amend the bill to ensure that 33 percent of all prevention funding go to abstinence programs, and that Catholic and other religious groups are not denied funding because they oppose condom distribution.

Sen. Joseph Biden of Delaware, the top Democrat on the Foreign Relations Committee, negotiated with the White House to win approval of an amendment recommending an increase in funding for debt relief for poor countries suffering from AIDS. Sen. Rick Santorum, R-Pa., said House GOP leaders were agreeable to the change and would reapprove the bill on Tuesday.

Among the Democratic amendments defeated were a proposal by Sen. Dianne Feinstein, D-Calif., to remove the 33 percent guarantee for abstinence; another by Sen. Byron Dorgan, D-N.D., providing $250 million in food aid; an amendment by Sen. Ted Kennedy., D-Mass., to ensure that programs buy AIDS drugs at the lowest possible price; and an amendment by Sen. Dick Durbin, D-Ill., to strengthen U.S. commitments to the Global Fund.