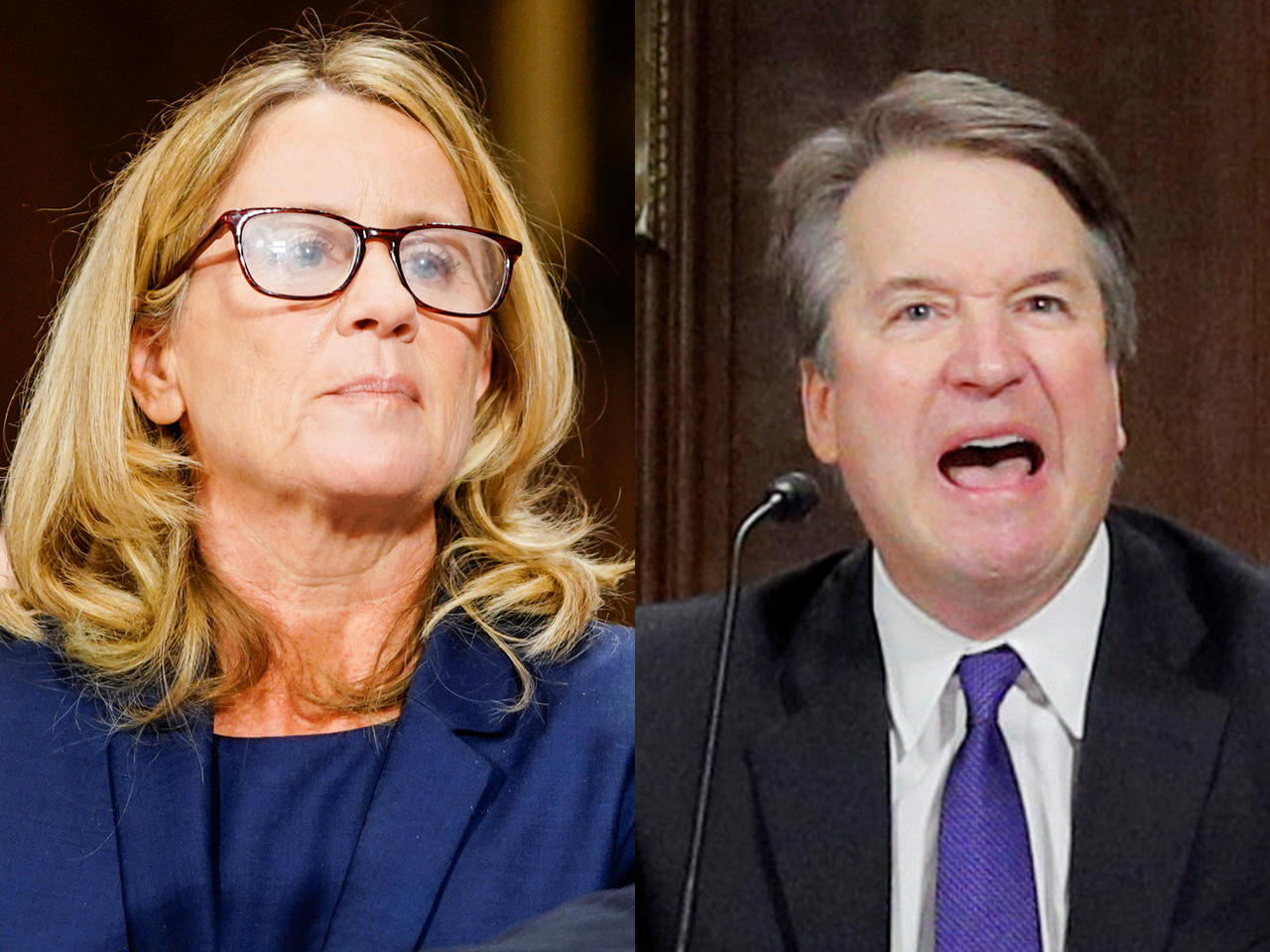 Braun remains committed to supporting Kavanaugh. In an exclusive interview with CBS News in Indiana on Saturday, Braun said he watched the tense confirmation hearing last Thursday and came away believing both Ford and Kavanaugh, but said that Ford's testimony was "sketchier."

"I think hers is built on a very sketchy case of – anything that severe in any other type of proceeding would have to be corroborated, and I don't think it would get [to] the first base," Braun said. "That doesn't diminish, you know, her point of view."

A day after the hearing, Sen. Jeff Flake, R-Arizona, called for the Senate to delay a final vote until the FBI can investigate the allegations against Kavanaugh. Braun said the decision to delay the vote surprised him, but noted that the delay is part of the "process and we'll roll with it."

Nonetheless, he blames Senate Democrats for the delay. Braun added that Kavanaugh, Trump and Senate Judiciary Committee Chairman Chuck Grassley, R-Iowa, were "fair" throughout the entire confirmation process and said the FBI investigation this week is going "above and beyond the call of duty."

Since Mr. Trump nominated Kavanaugh in July to fill the vacancy left by Justice Anthony Kennedy's retirement, Braun has pressured his opponent, incumbent Sen. Joe Donnelly, to support Kavanaugh. The allegations against Kavanaugh have dominated the news cycles ahead of the midterm elections in just under six weeks.

Before the Senate delayed its final confirmation vote, Donnelly, who was one of three Senate Democrats to vote for Supreme Court Justice Neil Gorsuch, said he would oppose Kavanaugh's nomination. Donnelly called Ford's allegations "disturbing and credible, and he also voiced support for an FBI investigation into the allegations.

"I have deep reservations about Judge Kavanaugh's nomination to this lifetime position and, as I stated, we have been unable to get all the information necessary regarding this nomination, despite my best efforts," Donnelly said in a statement.

Within 31 minutes of Donnelly's statement, Braun's campaign announced its support of Kavanaugh.

Braun is optimistic that Donnelly's rejection of Kavanaugh will move voters toward him and other Republicans across the country. "The Earth shook a little bit," he said of the response to Donnelly.

The Donnelly-Braun race is one of the nation's most closely watched Senate races. Donnelly is one of 10 Senate Democrats running in a state that Trump carried in 2016, and Trump won Indiana in 2016 by 19 points. Appealing to moderate Republicans and Independent voters is vital for Braun to win in the general election, especially since Donnelly has been rated as the most bipartisan Senate Democrat according to the Lugar Center and Georgetown University's McCourt School of Public Policy. Donnelly, who was elected to the Senate in 2012, won the same year 2012 Republican presidential candidate Mitt Romney carried Indiana.

While walking around Meyer Distributing, his national auto parts distribution company, in Jasper, Ind., Braun, who defeated two sitting House members in the primary, embraced his political outsider status. He said that after working on an infrastructure bill as a state legislator in the Indiana General Assembly, he planned to return to the "real world" at his company, but decided to run for office instead because he was upset with the status quo.

"I've been so disappointed with the lack of things getting done, and it seems like the Senate is the bottleneck," Braun said. "I've always been out there that these guys that come from the farm system of politics, the career politicians, they have given us a product that's got a 15 percent approval rating. So surely we should try something different."

"Joe Donnelly votes with Trump and in a bipartisan way when everybody is voting for it," Braun said. "On all the key legislation like tax reform and like Obamacare originally, like the repeal of Obamacare, like the Iran deal, he's been lockstep with the liberal side of the party."

Braun acknowledged that "in principle" he does not support tariffs due to his belief in free markets, but qualified that he's "never seen anything where you don't have to go through some short-term pain to have long term gain." He appreciated Trump's willingness to advocate and act for better trade deals.

"It's a crutch you know," Braun added. "It's an artificial kind of impediment to free markets but it was a tool that I think was used effectively in the case of the EU, Mexico and Canada. I think it's gotten a robust discussion going on there."

Due to the negative impact tariffs have had on the state's farmers, Braun said tariffs should not be in effect for more than two years, and he said if elected, he would advise the president on how to proceed on trade deals. He also issued a warning to President Trump on how to proceed with trade negotiations with China, noting that he believes that a collaborated effort with the United States' allies, including Mexico and the European Union, would prove to be more successful than tariffs. In a state that overwhelmingly supported Mr. Trump, Braun said China's geographical strategy is "smart" because the tariffs are targeted at the "strongest contingent" of voters.

Democrats in the state disagree. "If the tariffs had never happened, this whole situation could have been avoided in the first place," said a spokesperson for the Indiana Democratic Party. "Hoosier farmers don't want a handout—they want access to their markets back."

To help farmers offset potential losses during the trade war, the U.S. Department of Agriculture implemented $12 billion of emergency aid earlier this month. Braun said the aid is not a long-term solution because farmers "don't want that" and would prefer access to free markets for their products.

"That can't work in the long run and that's where I say you'll have to take a different approach so that we don't keep devolving into more tariffs back and forth."