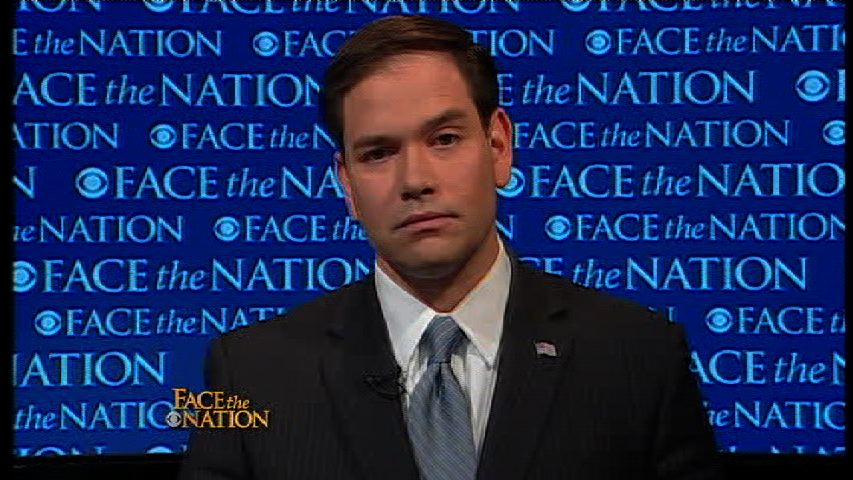 The Florida Republican has signed with Sentinel, a conservative imprint of Penguin Group (USA), for a memoir tentatively scheduled for Fall 2012. Sentinel announced Monday that the book has not yet been given a title.

Rubio, 40, is a tea party favorite who has often been mentioned as possible running mate on the 2012 GOP presidential ticket. The Cuban-American Rubio has said he would not accept such an offer because he's focused on being a U.S. senator.

Rubio, who recently shared the stage with Bono and former President Bill Clinton at an international AIDS conference, is the junior senator from Florida, elected in 2010, and former Speaker of the Florida House of Representatives.

Married and the father of four, Rubio was born to Cuban exiles - his father was a bartender and his mother a shop clerk - and was raised in Miami and Las Vegas.