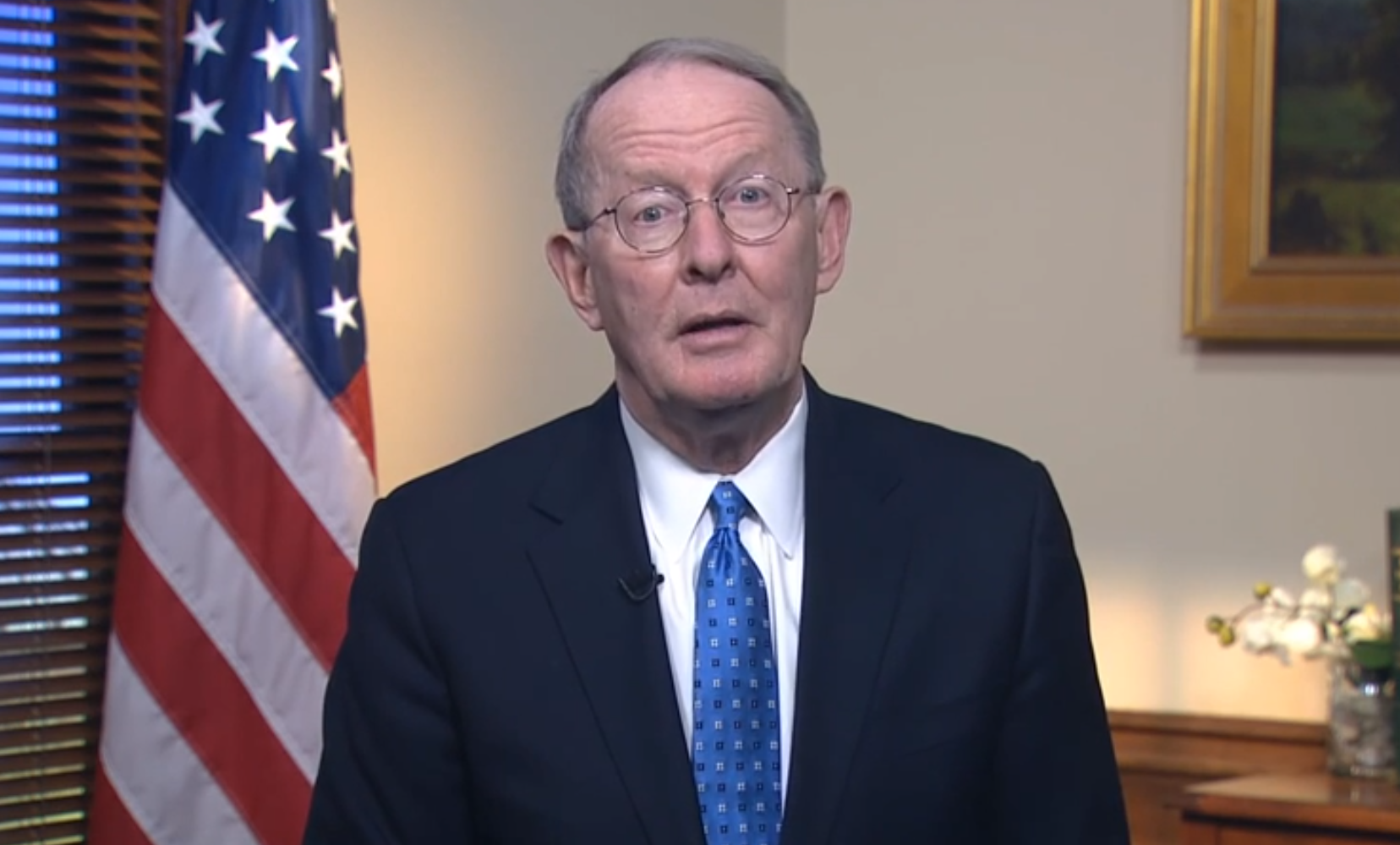 When it comes to their ideas for growing the economy and creating jobs, "Republicans are the enablers and Democrats are the mandators," Sen. Lamar Alexander, R-Tenn., said Saturday in the weekly Republican address.

Alexander compared his party to an iPhone, saying they want to create an environment and a platform that allows people to thrive rather than dictating how they should behave.

"Republicans want to enable you. We want to be the iPhone party. We believe government ought to be a platform that gives you opportunity and freedom to create a happier, more prosperous, and safer life," he said. "Just imagine the internal revenue code, the Food and Drug Administration or the Labor Department enabling you rather than ordering you around."

Democrats, by contrast, are more inclined to intrusive policymaking that sets broad mandates rather than encouraging innovation and personal agency, Alexander said.

He cited the Democrats' push for a minimum wage hike and equal pay legislation that would make it easier for women to sue employers who pay them less than men for doing the same job, and he compared those proposals with a GOP proposal that would allow more flexibility in paid time off.

"Democrats want to mandate fixed wages and more lawsuits, while Republicans want to allow more flexibility for working parents, enabling them to attend soccer games and piano recitals," he said.

He also named education policy as an example of Democrats' heavy hand.

"I have proposed allowing states to turn half their federal education dollars into $2,100 scholarships that enable parents of low-income children to choose the best school. Democrat mandators insist on telling those children what school is best," he said. "Sen. Tim Scott of South Carolina would allow federal dollars to follow a child with Down syndrome or another disability to the school the parents choose. Democrat mandators say no - government knows best."

And health care policy provides the most "glaring" illustration of the differences between the parties, Alexander said.

"Too often, Obamacare cancels the policy you wanted to keep and tells you what policy to buy, even if it costs more and even if it restricts your choices of doctors and hospitals," he said. "Republicans believe that freedom and more choices will empower you to find a policy that fits your needs and your budget."

To wit, he flagged GOP proposals that would allow consumers to buy insurance across state lines, expand the use of health savings accounts and give governors greater latitude in tailoring Medicaid to their states' unique needs.

In President Obama's own weekly address Saturday, he offered Easter and Passover greetings to Americans celebrating those religious holidays.

"Earlier this week, we hosted a Passover Seder at the White House, and joined Jewish families around the world in their retellings of the story of the exodus and the victory of faith over oppression," he said. "And this Sunday, Michelle, Malia, Sasha and I will join our fellow Christians around the world in celebrating the resurrection of Christ, the salvation he offered the world and the hope that comes with the Easter season."

During the Holy Week, the president said, "We recall all that Jesus endured for us - the scorn of the crowds, the agony of the cross - all so that we might be forgiven our sins and granted everlasting life. And we recommit ourselves to following his example, to love and serve one another, particularly 'the least of these' among us, just as he loves every one of us."

"The common thread of humanity that connects us all - not just Christians and Jews, but Muslims and Hindus and Sikhs - is our shared commitment to love our neighbors as we love ourselves. To remember, I am my brother's keeper. I am my sister's keeper," the president said. "Whatever your faith, believer or nonbeliever, there's no better time to rededicate ourselves to that universal mission."