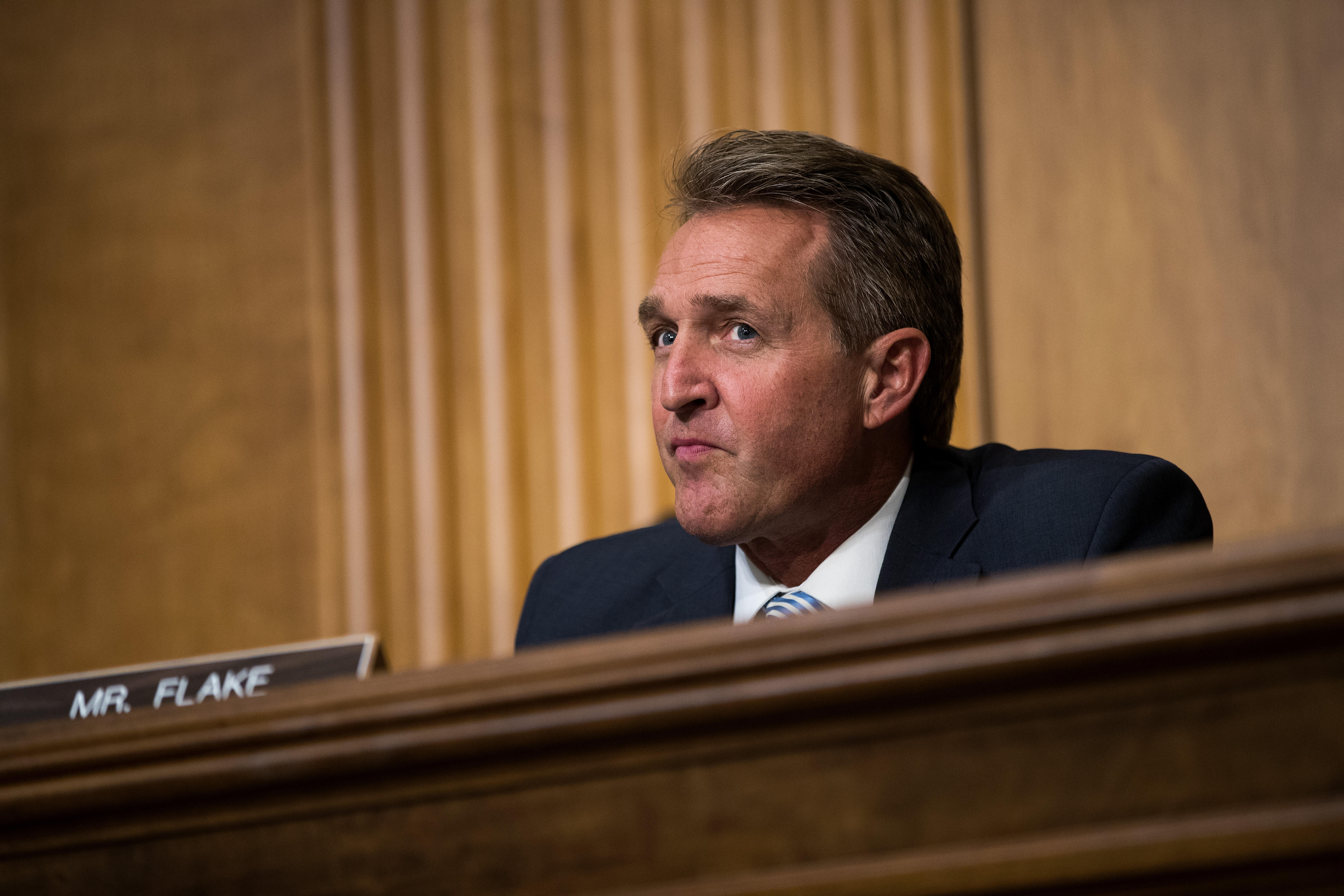 Republican Sen. Jeff Flake of Arizona says President Donald Trump is certain to face an independent challenge in the next presidential election, if not one from within the party. And Flake is not ruling out being that challenger.

Flake has been fiercely critical of Trump, even while supporting parts of his agenda, like the new tax cuts. Trump in turn has denounced the senator, who's not seeking re-election next year.

Shortly after announcing his intentions not to seek re-election, Flake spoke to CBS News where he called on his colleagues in the Senate to "stand up" and be "more forceful" in light of President Trump's leadership style.

"I think we have a responsibility as elected officials to speak out when there's behavior that goes beyond the pale and some of what we've seen fits in that category," said Flake of Mr. Trump on "CBS This Morning."

When asked if Congress should ever expect a change out of the Oval Office, Flake replied, "We've been waiting nine months for that pivot to occur toward more appropriate behavior and stability and we haven't seen it. It's time we stand up and be a little more forceful."

The Arizona Republican announced on the Senate floor in October that he could "better serve my country and conscience" by dropping his re-election bid, "freeing myself of the political consideration that consumed far too much bandwidth."

Flake on Sunday said if Mr. Trump continues on his path, and if Democrats lean left, a "huge swath of voters" will be "looking for something else."

Asked on ABC News' "This Week" whether he might run for president in 2020, Flake said "That's not in my plans" but "I don't rule anything out."

"I do worry that in the future we will face Trump running again and on the other side, you might have someone like Bernie Sanders," Flake suggested of the 2020 race.

He says Republicans must marginalize the party's "ultra-nationalist" element and that the president is "probably inviting a Republican challenge and most certainly an independent challenger" by running again.

"The fact that Moore lost is a good sign. There's no future if we drill down on the base. I know lifelong Republicans who say this is not where I want to go. I hope that maybe the party is realizing we gotta change," he added.