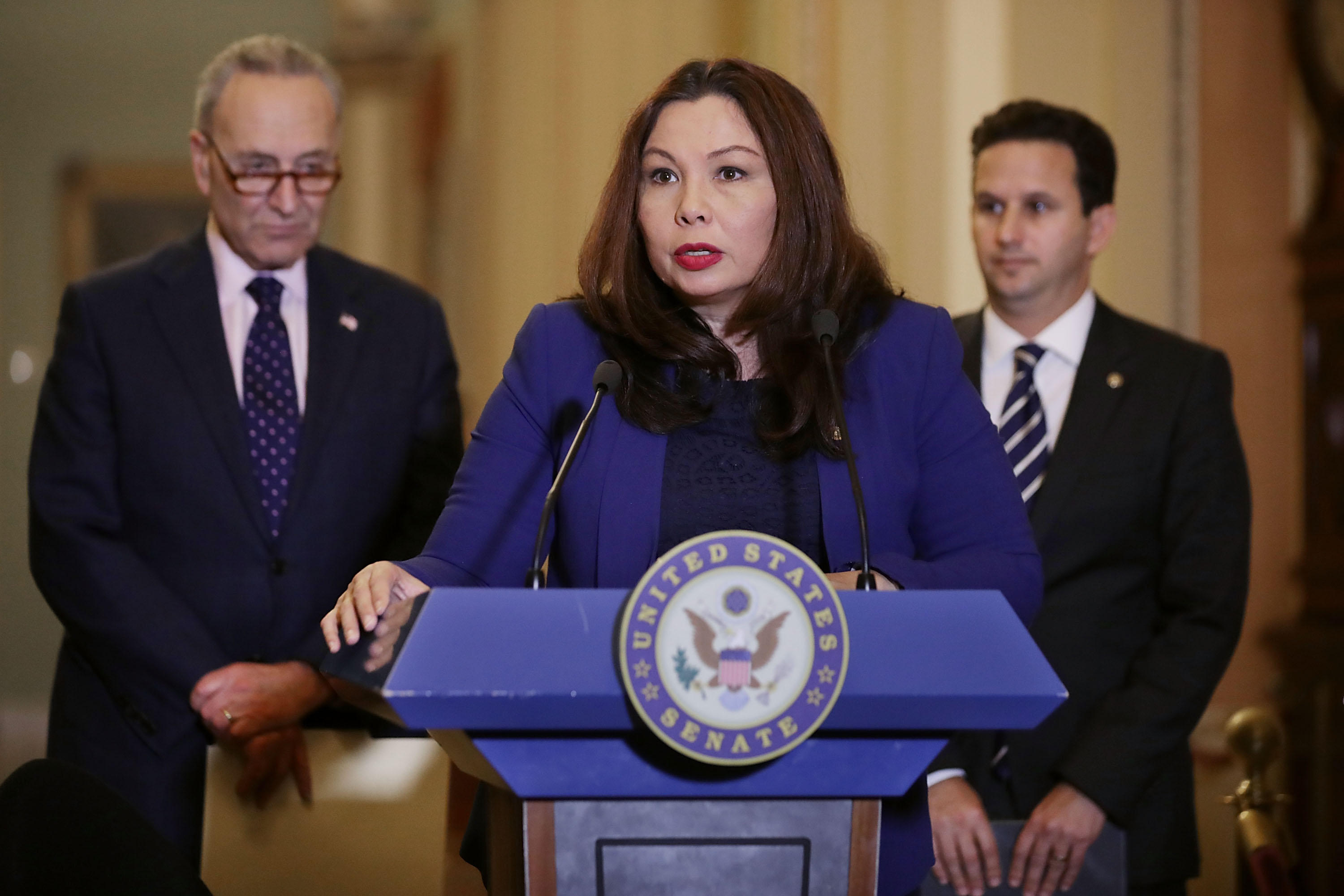 Sen. Tammy Duckworth, D-Illinois, announced Tuesday that she is pregnant with her second child, making her the first senator who would give birth while in office.

Duckworth became the 10th female congresswoman to give birth while serving as a member of the U.S. House of Representatives in 2014, but her current pregnancy would lead to the first child born to a lawmaker in the upper chamber.

Duckworth is expected to deliver in April, just a few weeks after her 50th birthday, bringing a little sibling to her daughter Abigail.

In her interview with the Chicago Sun-Times, Duckworth spoke candidly about her struggle to pregnant. In addition to trying a variety of fertilization methods, Duckworth suffered a miscarriage during her 2016 Senate campaign.

"I've had multiple IVF cycles and a miscarriage trying to conceive again, so we're very grateful," she said.

"I have learned to never underestimate Tammy Duckworth," he said. "I am proud to have her as my Illinois colleague and prouder still that she will make history by being the first U.S. Senator to have a baby while in office. I couldn't be happier for her."

Other senators also tweeted heartfelt wishes. She tweeted a note of thanks for all the messages of congratulations.