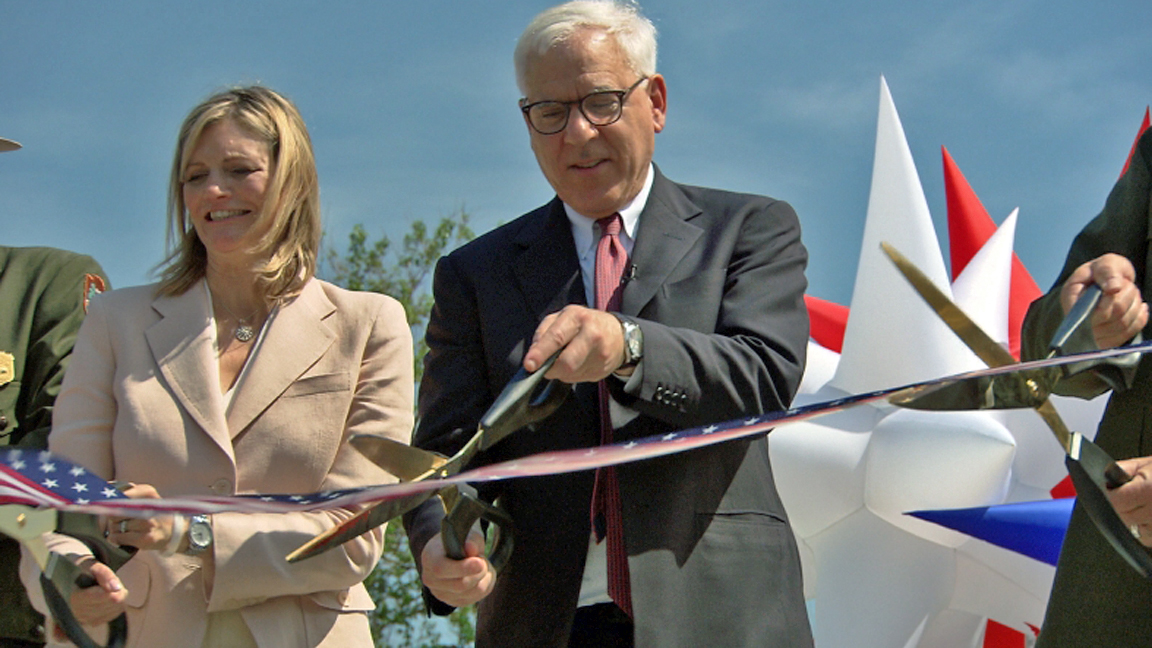 The federal government is in debt and could use a hand says billionaire David Rubenstein. So he is donating his own money to fix the Washington Monument, Monticello and the Iwo Jima Memorial. He won't be fixing his children up with hundreds of millions of dollars, however, telling Morley Safer that to do so might stunt their productivity. Safer profiles the billionaire investor who is determined to give most of his fortune away -- much of it to preserve America's public treasures -- on the next edition of 60 Minutes Sunday, May 3 at 7 p.m. ET/PT.

His family is comfortable with his decision and will certainly be left comfortable financially should he die, but Rubenstein, a co-founder of the Carlyle Group, is talking more than comfort money. "In the end, it's not clear that if you give a child $500 million, he or she will win a Nobel Prize for doing something," says Rubenstein. "I think if you give somebody too much money, it can force them not to work as hard and be as productive," he tells Safer.

Rubenstein has no foundation and makes his own choices about where to spread his wealth, a fortune estimated more than $3 billion. "I generally look at things where my money will make a difference and in patriotic philanthropy, I think I can make a difference."

When the Washington Monument was damaged in a minor earthquake, he offered to foot the $15 million repair bill. The government split it with him, not wanting to look completely destitute in its own capital. And it will get more from the history buff, who says he is looking to help the government preserve more of America's monuments, such as the Lincoln Memorial and some of the homes of the founding fathers. "Well, the government doesn't have the resources it once had," says Rubenstein. "We have gigantic budget deficits and large debt and I think private citizens now need to pitch in."

It's more than just pitching in; it's giving back. Rubenstein has also spent more over $50 million on historical documents such as original copies of the Declaration of Independence and the Emancipation Proclamation that he has put in public places. He began this quest when he bought the last privately held copy of the Magna Carta for $21 million and built a multimillion-dollar display in the National Archives for the seminal British law document. As he told reporters at the auction, "I'm giving it to the country, in effect, as a down payment on my obligation to give back to the country."