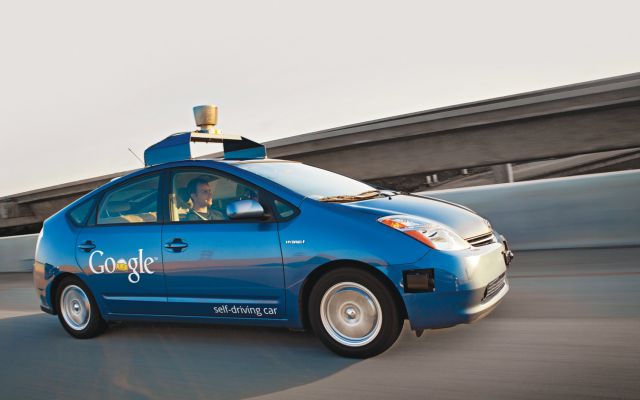 Released this week in connection with the Geneva Motor Show, a new report from consulting firm McKinsey & Co. projects increasing acceptance of so-called autonomous vehicles out to 2050. The most startling prediction: Self-driving vehicles could slash auto accidents -- mostly caused by driver error -- by up to 90 percent.

"That would cut health care costs, the cost of lost wages and government benefits to those out of work," McKinsey senior partner Hans-Werner Kaas told CBS MoneyWatch in an interview. If that scenario plays out, total annual savings in the U.S. economy alone could be $190 billion, the report says.

McKinsey expects the spread of autonomous vehicles will go through three phases as technological and regulatory changes make them more feasible. First will come commercial vehicles like mining trucks, many of which already operate without drivers, repeating a route over the same controlled roads. Second, self-driving vehicles will let increasing numbers of commuters use car services similar to Uber or other alternatives rather than driving their own car. Third, by 2050 individuals will begin to buy self-driving cars -- perhaps 20 percent of new car sales then.

For most of us, the time saved in commuting will be one of the main attractions. McKinsey projects that the 50 minutes per day spent by big-city commuters worldwide could instead be used for work, relaxation or entertainment. Internet entertainment companies could get a boost in business.

In addition to the broad changes for auto manufacturers that come with building self-driving cars, their adoption will disrupt a wide array of industries, the McKinsey report says. Here are some details:

The move toward self-driving cars clearly will come in fits and starts. Even as the technology advances quickly, regulators and legislators concerned about public safety are skeptical about allowing such revolutionary vehicles onto public roads.

But Google -- with the most active development program for self-driving cars -- already has had sufficient waivers to test its vehicles. Google's engineers have piloted test cars 700,000 miles with only one accident -- caused by a human driver in another car.