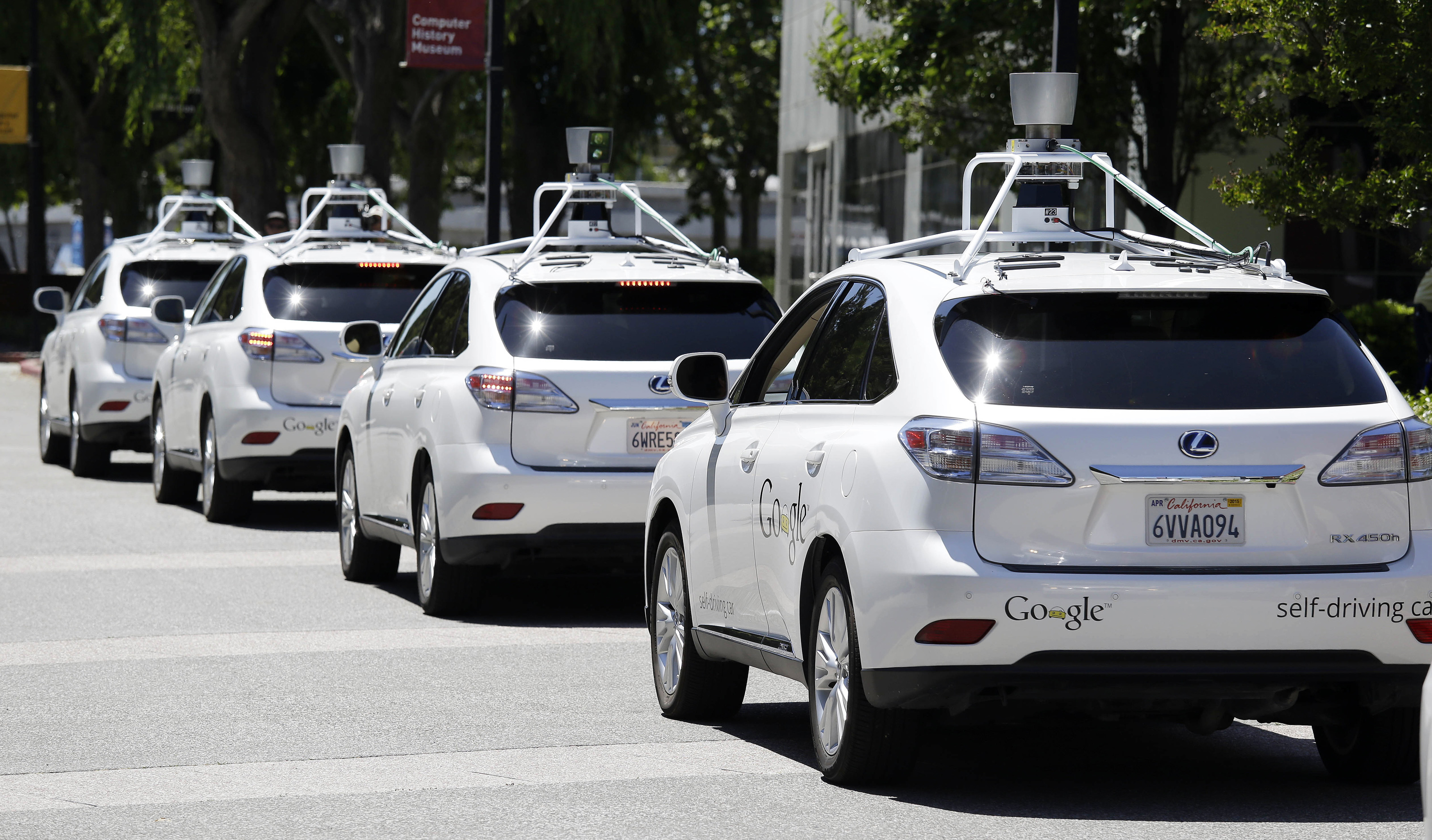 Tech companies hope to change the way we drive by having cars drive themselves. Advocates say it will make the roads safer, but testing the driverless technology hasn't come without fender benders, reports CBS News correspondent Ben Tracy.

The California Department of Motor Vehicles says 4 out of 48 approved test cars have been involved in accidents since September, when the agency started keeping track. According to an Associated Press report, one involved a Delphi Automotive test vehicle; the other three involved Google SUVs.

"Even if it was a fender bender, which is what the company says, it could show more serious problems with technology that could lead to more serious accidents," Consumer Watchdog president Jamie Court said.

Both Delphi and Google say their self-driving cars were not at fault in any of the incidents. In a statement posted online, director of Google's self-driving car project, Chris Urmson, acknowledged its cars have "been involved in 11 minor accidents" over six years and 1.7 million miles of testing. He said "Not once was the self-driving car the cause of the accident."

But critics from the Consumer Watchdog want Google to release the accident reports.

"We're very concerned about what went wrong, and what has the potential to go wrong, and if we don't have the details we can't really trust this company to share this information and to help us understand the limits of the technology," Court said.

Safety is a main selling point of driverless technology.

Advocates say cameras, radar and laser sensors make self-driving cars better at reacting quickly to their surroundings than most human drivers who can be easily distracted.

"Over 90 percent of the collisions on the road are caused by some form of human error, and technology doesn't fail nearly as frequently as humans do," University of Southern California associate professor Jeffrey Miller said.

The companies funding driverless cars know that for the idea to eventually take off, safety can't take a back seat to technology.