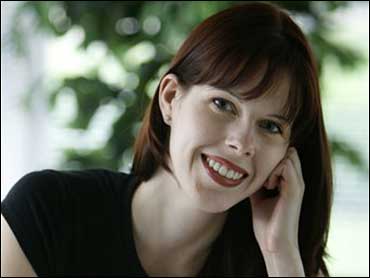 Nearly 1 in 5 students at two Ivy League schools say they have purposely injured themselves by cutting, burning or other methods, a disturbing phenomenon that psychologists say they are hearing about more often.

For some young people, self-abuse is an extreme coping mechanism that seems to help relieve stress. For others, it's a way to make deep emotional wounds more visible.

The results of the survey at Cornell and Princeton are similar to other estimates on this frightening behavior. Counselors say it's happening at colleges, high schools and middle schools across the country.

Separate research found more than 400 Web sites devoted to subject, including many that glorify self-injury. Some worry that many sites serve as an online subculture that fuels the behavior — although whether there has been an increase in the practice or just more awareness is unclear.

Sarah Rodey, 20, a University of Illinois student who started cutting herself at age 16, said some online sites help socially isolated kids feel like they belong. One of her favorites includes graphic photographs that the site warns might be "triggering."

"I saw myself in some of those pictures, in the poems. And because I saw myself there, I wanted to connect to it better" by self-injuring, Rodey said.

The Web sites, recent books and media coverage are pulling back the curtain on the secretive practice and helping researchers better understand why some as young as grade-schoolers do it.

"You're trying to get people to know that you're hurting, and at the same time, it pushes them away" because the behavior is so distressing, said Rodey, who has been diagnosed with bipolar disorder.

The latest prevalence estimate comes from an analysis of responses from 2,875 randomly selected male and female undergraduates and graduate students at Cornell and Princeton who completed an Internet-based mental health survey.

Seventeen percent said they had purposely injured themselves; among those, 70 percent had done so multiple times. The estimate is comparable to previous reports on U.S. adolescents and young adults, but slightly higher than studies of high school students in Australia and the United Kingdom.

Among the Ivy League students who harmed themselves, about half said they'd experienced sexual, emotional or physical abuse that researchers think can trigger self-abuse.

Repeat self-abusers were more likely than non-injurers to be female and to have had eating disorders or suicidal tendencies, although self-injuring is usually not considered a suicide attempt.

Greg Eels, director of counseling and psychological services at Cornell, said the study's findings are not surprising. "We see it frequently and it seems to be an increasing phenomenon."

While Eels said the competitive, stressful college environment may be particularly intense at Ivy League schools, he thinks the results reflect a national problem.

Dr. Daniel Silverman, a study co-author and Princeton's director of health services, said the study has raised consciousness among his staff, who are now encouraged to routinely ask about self-abuse when faced with students "in acute distress."

"Unless we start talking about it and making it more acceptable for people to come forward, it will remain hidden," Silverman said.

Some self-injurers have no diagnosable illness but have not learned effective ways to cope with life stresses, said Victoria White Kress, an associate professor at Youngstown State University in Ohio. She consults with high schools and says demand for her services has risen in recent years.

Psychologists who work with middle and high schools "are overwhelmed with referrals for these kids," said psychologist Richard Lieberman, who coordinates a suicide prevention program for Los Angeles public schools.

He said one school recently reported several fourth-graders with burns on their arms, and another seeking help for "15 hysterical seventh-grade girls in the office and they all have cuts on their arms."

In those situations, Lieberman said there's usually one instigator whose behavior is copied by sympathetic but probably less troubled friends.

"It was part of waking up, getting dressed, the last look in the mirror and then the cut on the wrist. It got to be where I couldn't have a perfect day without it," Rodey said.

"If I was apprehensive about going to school, or I wasn't feeling great, I did that and I'd get a little rush," she said.

Whitlock is among researchers who believe that "rush" is feel-good hormones called endorphins produced in response to pain. But it is often followed by deep shame and the injuries sometimes require medical treatment.

Vicki Duffy, 37, runs a Morris County, N.J., support group and said when she was in her 20s, she had skin graft surgery on her arms after burning herself with cigarettes and a fire-starter. After psychological and drug treatment, she stopped the behavior 10 years ago.

Author of the 2004 book "No More Pain: Breaking the Silence of Self-Injury," Duffy recalled being stopped on the street by a 70-year-old woman who saw her scarred arms and said, "'I used to do that."'

Rodey said she stopped several months ago with the help of S.A.F.E. (Self-Abuse Finally Ends) Alternatives treatment program at a suburban Chicago hospital. Treatment includes behavior therapy and keeping a written log to track what triggers the behavior.

Rodey said she feels "healed" but not cured "because it's something I will struggle with the rest of my life. Whenever I get really stressed out, that's the first thing I think about."