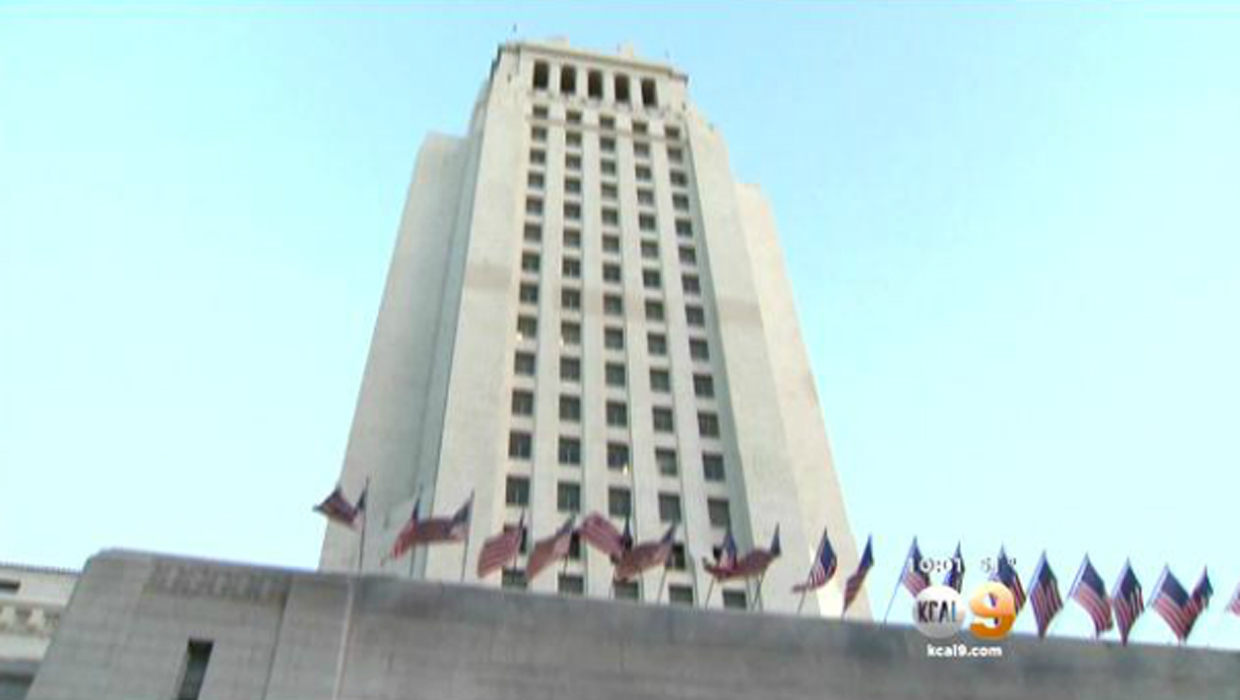 LOS ANGELES - A transient managed to jump over a counter inside Los Angeles City Hall and vandalize the office of a city councilman Friday afternoon, an incident CBS Los Angeles reports underscores already existing safety concerns at the iconic building.

Councilman Mitchell Englander tells the station he feels the building is an easy target.

“Was this a wake-up call? Not for me…It’s a scary situation, but it’s almost predictable. In fact, I have predicted that we are a target,” Englander said. “I’m surprised this hasn’t happened sooner, but I was grateful it wasn’t worse,” he told the station.

The transient reportedly walked through one of the building’s entrances, which is supposed to be secured by key card access and an officer.

The suspect then went up the stairs to the fourth floor, where he hopped a desk and wandered into Councilman Mike Bonin’s office. He used a Sharpie marker to write, “The Cartel is after me,” before he was arrested for vandalism and being under the influence, reports CBS Los Angeles.

Employees were so jittery they set off a panic alarm button.

A representative for Bonin’s office says it doesn’t look like they were targeted specifically.

“Luckily, this individual wasn’t armed, but that could have been a much more tragic situation,” the mayor said, according to the station.

“People can sneak behind a city employee as they come in. Or, if it’s a crowd, not everybody always gets asked, so we’re going to make sure that we review this and make sure that all of our city employees are trained not to let somebody else in,” Garcetti said.

The mayor mentioned there’s been ongoing action to beef up security at City Hall.

“It is critical for us to keep all our government buildings and employees safe, so not only was it an unacceptable breach, it’s something I’ve been looking at since I became mayor – to make City Hall both open and accessible and welcoming, but also to make sure that we don’t endanger the public, that we don’t endanger the employees,” Garcetti said.