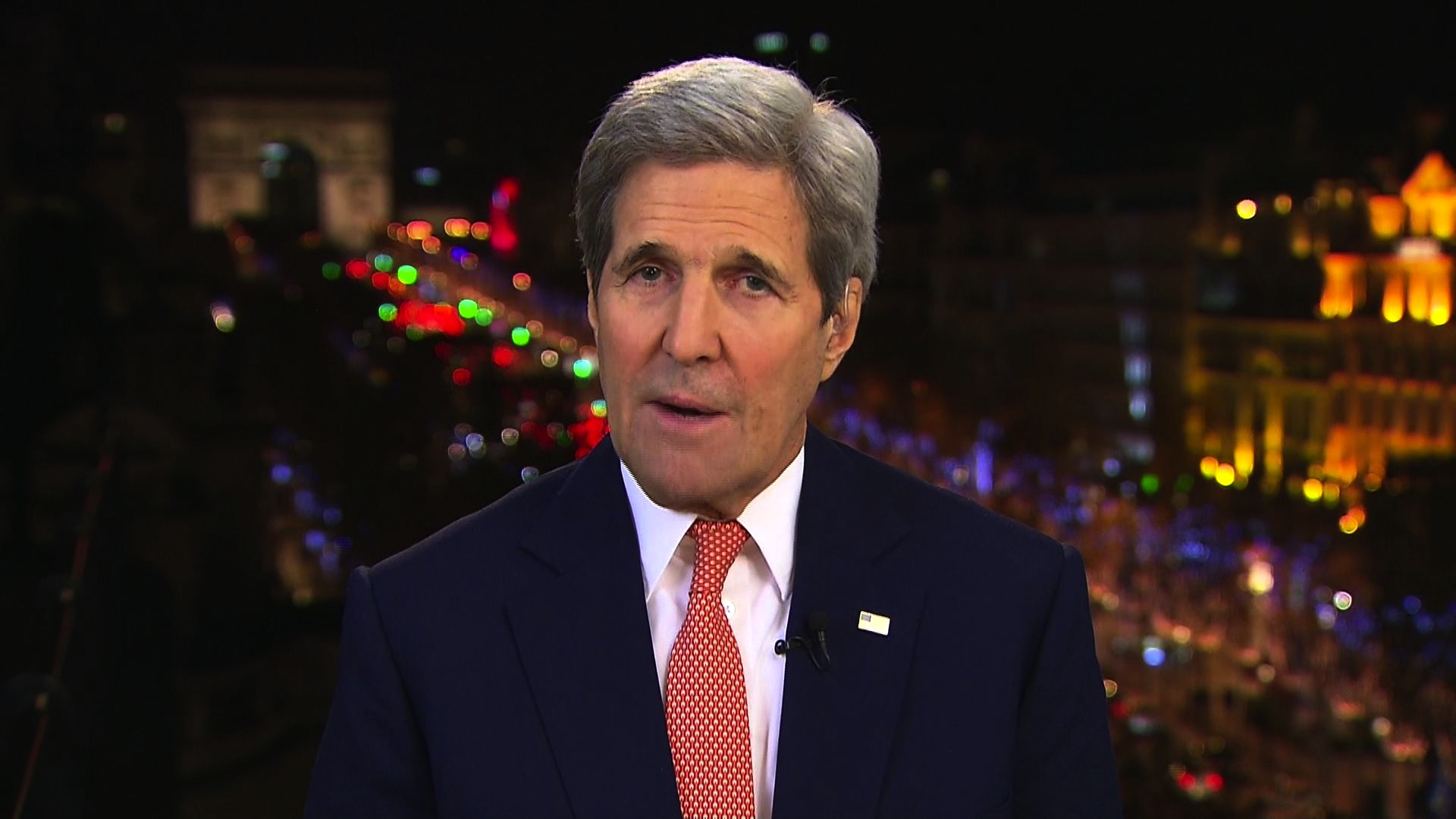 Secretary of State John Kerry hailed the COP21 climate deal finalized in Paris this weekend as a "break away agreement" that will change the way countries think about carbon emissions.

"The business community of the entire world is receiving a message of countries now moving towards clean, alternative, renewable energy and trying to reduce their carbon footprint. That is going to spur massive investment," Kerry said in an interview with CBS' "Face the Nation" that aired Sunday.

"People expect somewhere in the vicinity of $50 trillion to be spent over the course of the next 30, 40 years. That is going to be an enormous transformation of our economy and all to the better because it will reduce our dependency on foreign fuel, it will increase our security, it will provide for our environment, cleaner air, healthier, healthier people. They're just all kinds of pluses. And in the end it's going to be a job creator," Kerry added.

One hundred ninety-five nations and the European Union adopted the plan Saturday. Nearly all of the countries that signed on - representing close to 100 percent of global carbon emissions - has set targets of reducing greenhouse gas emissions in order to slow global warming.

One of the biggest criticisms of the deal a lack of enforcement. While Kerry admitted that "it's possible that a country will slip," he said it was "essential" that the final deal be very ambitious but also have "flexibility" for the countries who have signed on.

And it won't mean an end to the coal, oil and gas markets.

"We're going to continue to be pumping gas and using gas and oil for years to come. But what it does is it signals that there is a transformation taking place and people need to diversify, people need to look for cleaner ways of doing things," Kerry said.

The secretary of state also weighed in on the 2016 presidential race, saying that Republican presidential candidate Donald Trump's proposal to temporarily ban Muslims from entering the U.S. is a "very dangerous foreign policy."

"I believe that that kind of a ban is contrary to American values. It's contrary to our Constitution," Kerry said. "But I also think it's a very dangerous foreign policy because it says to those in Islam who are trying to exploit people and recruit foreign fighters and otherwise, it says 'look, look at America. Here they've got a guy running for president who is waging war against Islam. That's their impression. It's exploitable, whether he intended it or not. And it allows for recruitment.

"It allows for America to seem like it is indeed discriminatory against Islam, against Muslims. And it is highly discriminating against many Americans and others who are Muslim. And many people in the world who know that their religion has been hijacked and who want to recoup it," he added. "I think it's got a huge downside in terms of American foreign policy and I hear this from foreign ministers and others as I travel and engage with people in various countries."