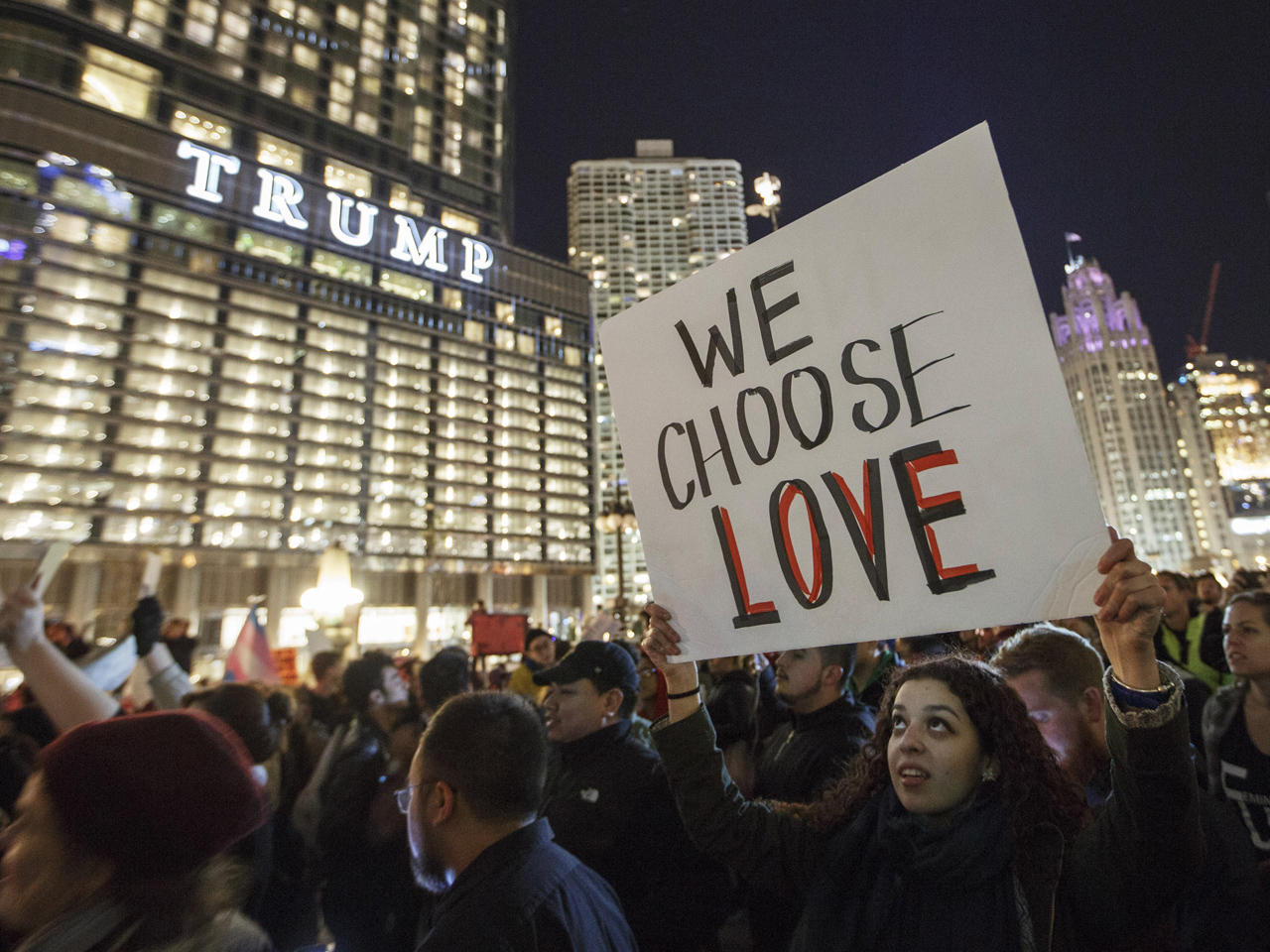 After two nights of anti-Donald Trump protests in urban areas around the country, President-elect Donald Trump is finally weighing in on the demonstrators who are still vocally against him.

Trump seemed to embrace the protesters in a tweet early Friday morning, proclaiming his love for dissenters’ “passion for our country”:

The latest tweet seemed to be a reversal of his unfavorable views towards the demonstrators from just nine hours before, when he called them “professional protesters” and tacked on “Very unfair!” to his tweet.

Trump’s Twitter feed since his Election Night victory has remained largely quiet -- an unusual turn for a candidate who often took to Twitter to air grievances against his opponents during the campaign trail.

He’s tweeted just twice more since declaring his victory on the “beautiful and important evening” when ballots were cast: once on Thursday to wish the U.S. Marine Corps a happy 241st birthday, and once more to pay his compliments to President Obama after their “really good meeting” at the White House: