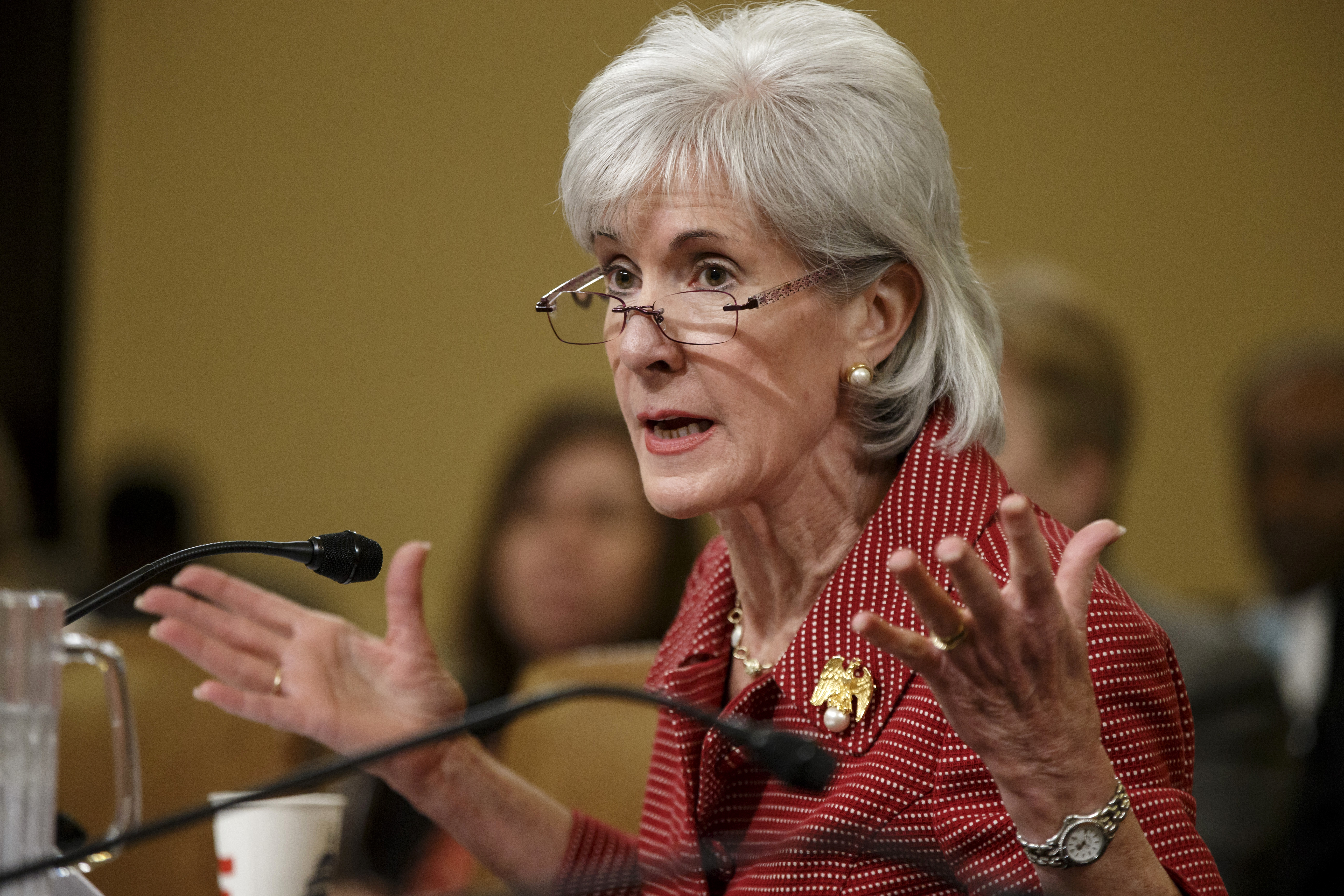 Last year, embracing nonpartisan estimates for the Affordable Care Act, Health and Human Services Secretary Kathleen Sebelius set a benchmark for the new insurance marketplaces: "Success looks like at least 7 million people having signed up by the end of March 2014," she said to NBC.

Enrollment, however, began at a snail's pace in October because of all the technical problems with HealthCare.gov, the federal Obamacare website serving 36 states. Some state-run Obamacare websites have had their own problems as well.

Within that context, Sebelius on Wednesday redefined what success looks like: "Success looks like millions of people with affordable health coverage, which we will have by the end of March," she told the House Ways and Means Committee.

The law, she said, has reshaped the individual and small-group insurance markets so the range of choices for consumers is "more robust than it has ever been," she said. Meanwhile, self-employed individuals and others who previously had no access to private insurance are finally getting coverage.

The secretary announced Tuesday that about 4.2 million Americans had signed up for an Obamacare plan by the end of February, and she and other officials said they expect millions more to sign up before open enrollment ends on March 31. No one from HHS has acknowledged they may not get 7 million enrollees in 2014, though Vice President Joe Biden has said as much.

Success, however, could be measured by a number of factors -- some of which the HHS isn't monitoring.

There's evidence that the Obamacare marketplaces -- designed to help people on the individual market gain access to a range of private plans -- are working. A recent Gallup survey found that the uninsured rate has fallen 1.2 points since last year, meaning that about 2.5 million more adult Americans have insurance now that the marketplaces are open. Some of those newly-insured may be covered by the expanded version of Medicaid (also as a result of Obamacare) if not the new marketplace.

Sebelius on Tuesday said the Gallup survey "wasn't a coincidence or something that just happened on its own."

On the other hand, at least one independent survey from the management consulting firm McKinsey, suggests that most Obamacare enrollees previously had insurance. In a survey conducted in February, just 27 percent of respondents who have selected a health plan for 2014 said they were previously uninsured (that could include people who have selected a plan outside of the Obamacare marketplace, McKinsey noted). In its earlier surveys, only 11 percent of respondents were previously uninsured.

Administration officials on Tuesday confirmed they don't keep track of that information and pointed to the McKinsey report for data on the matter.

Similarly, the administration isn't tracking how many enrollees have begun paying premiums yet.

Ways and Means Committee Chairman Dave Camp, R-Mich., told Sebelius Wednesday that it's "absolutely critical" that the committee get that information. "Unless they pay their first month's premium, they can't get a premium tax credit," Camp pointed out. "That's in the committee's jurisdiction."

Sebelius said the administration is still building the portion of HealthCare.gov that would collect that information automatically. In the meantime, they're working with insurers to obtain it.

According to insurance companies, about 20 percent of people who "signed up" for Obamacare failed to pay their January premiums on time and consequently didn't receive coverage that month, the New York Times reported last month. "I think people are enrolling in multiple places," Aetna CEO Mark T. Bertolini reportedly said. "They are shopping. And what happens is that they never really get back on HealthCare.gov to disenroll from plans they prior enrolled in."

Lawmakers are also watching the changing provisions of the law -- and its changing pricetag -- to monitor its success.

It's hard to know exactly how much the government has spent implementing the Affordable Care Act so far, given the nature of government contracting. However, the nonpartisan Government Accountability Office said back in June that from 2010 through March 2013, the government spent around $394 million to implement the federal marketplace. Additionally, by March 2013, HHS had awarded around $3.8 billion in grants to states for their own state-run Obamacare marketplaces.

To keep up HealthCare.gov's construction and maintenance and continue consumer outreach, among other things, the administration is requesting about $600 million in new funding for 2015. The administration expects the continued Obamacare rollout will cost about $1.8 billion but that $1.2 billion will come from Obamacare taxes and fees.

"With so many unanswered questions" about the law, "it is hard to understand how or why Congress would approve such a request," Camp said Wednesday.