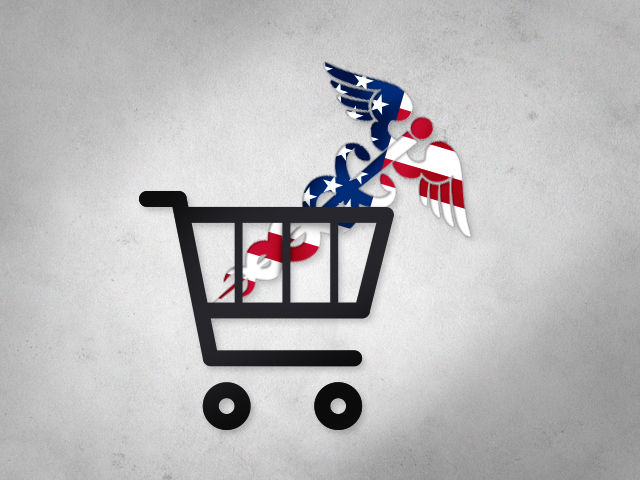 After President Obama in 2009 promised a health care law that cost less than $1 trillion over 10 years, congressional Democrats drafted one that did just that -- in spite of concerns it could compromise the policy.

The promise was in part about fiscal prudence and partly about making the law politically palatable. Since the Affordable Care Act passed, it’s of course undergone several changes, creating an evolving price tag that’s given ammunition to the law’s supporters and opponents.

Just in the past year, one administrative change to the health law struck $10 billion in revenue from the budget, while another policy that’s in flux has been dubbed an insurer “bailout.” Other Obamacare changes altering its fiscal impact have yet to come.

“When the administration put its muscle behind the Affordable Care Act, it was hoping to be sort of responsible about making sure its costs were paid for, in stark contrast to the 2003 creation of Medicare Part D, which was not funded and put together almost all together by deficit funding,” University of Michigan assistant law professor Nicholas Bagley told CBS News. However, he noted, “there’s bound to be gaps between what the [Congressional Budget Office] predicted and what actually happens on the ground.”

Enacting a law without thinking about the fiscal impacts would be reckless, but when those estimates go wrong it can politically undermine the law. That’s how Sen. Marco Rubio, R-Fla., ended up charging last month that Obamacare is contributing to a “perverse bailout culture” in Washington.

The senator’s statement was referring to the changing policies of the "risk corridors,” which enable the government to share in the risks and gains of the new Obamacare marketplaces. The risk corridor program was designed to stabilize the market and stop a so-called “death spiral.” It works this way: if the cost of insuring people is lower than expected, insurers pay into a pool, and if it's higher than expected, they can draw from that pool.

"The expectation is that it'd even out, but it is possible if a much sicker group of people enrolled, there could be a cost to taxpayers," Larry Levitt, a senior vice president at the Kaiser Family Foundation, explained to CBS News.

The program was expected to be budget neutral, but that changed after Mr. Obama announced last month that insurers could renew already-existing insurance plans for another year, even if they aren’t Obamacare-compliant. The change means that the pool of people left looking for insurance via Obamacare will be sicker -- leaving the government paying for more of the risk corridor.

Bagley said that Rubio’s characterization of the risk corridors as a bailout might be a bit “hyperbolic,” but it’s true that the risk corridors will now cost the government money. And the more insurers take up the president’s offer to extend existing plans, the more it’s going to cost.

“No one was quite sure how that risk adjustment would work,” Bagley explained. But now that that the administration has sweetened the risk corridor program for insurers to make up for the president’s policy change, it will be “more expensive than it would be otherwise,” Bagley said.

Earlier in the year, Mr. Obama made another major change to Obamacare, delaying the employer mandate by a year. House Budget Committee Chairman Paul Ryan, R-Wis., was quick to ask about the cost of that move, and the CBO confirmed it would reduce revenues in 2015 by $10 billion and utlimately increase Obamacare’s cost by $12 billion over 10 years.

The cost for Obamacare over the next 10 years will come into clearer focus next year after the new insurance marketplaces open. If fewer people enroll for coverage in 2014, the federal government will have to dole out less in subsidies. However, a weaker marketplace in 2014 could lead to higher premiums in 2015 -- meaning higher subsidies per enrollee.

“Looking ahead to 2015, the level of premiums has a significant effect on federal spending,” Levitt said. “The higher premiums are, the higher the cost to the federal government, and obviously visa versa.”

The coming year also brings expanded Medicaid coverage in 25 states and the District of Columbia. As the health law was written, every state had to expand the government health program to cover anyone below 138 percent of the poverty level. However, the Supreme Court in 2012 ruled the expansion was optional, and half of the states aren’t going along with the Obamacare policy change.

When it comes to policy changes that have impacted Obamacare’s budgetary impact, “that’s the big one,” Bagley said. “It’s safe to say is everything else is nipping at the margins.”

For the first two years, the federal government pays for 100 percent of the expansion, even though Medicaid is a joint federal-state program. Starting in 2017, the states start chipping in, but they will never contribute more than 10 percent of the cost.

The CBO of course now estimates that the federal government will spend significantly less on Medicaid over the next 10 years.

After the Supreme Court ruling, the CBO said Obamacare’s coverage provisions would cost $84 billion less.Projections for Medicaid spending have gone down even farther since then in part because the overall cost of health care spending int he past few years has grown much more slowly than it ever has before.

Still, the Obama administration doesn’t want to save money by leaving eligible Medicaid enrollees out in the cold. It’s hoping that once the new version of Medicaid starts next year, the remaining 25 states will consider the expanded program more seriously.