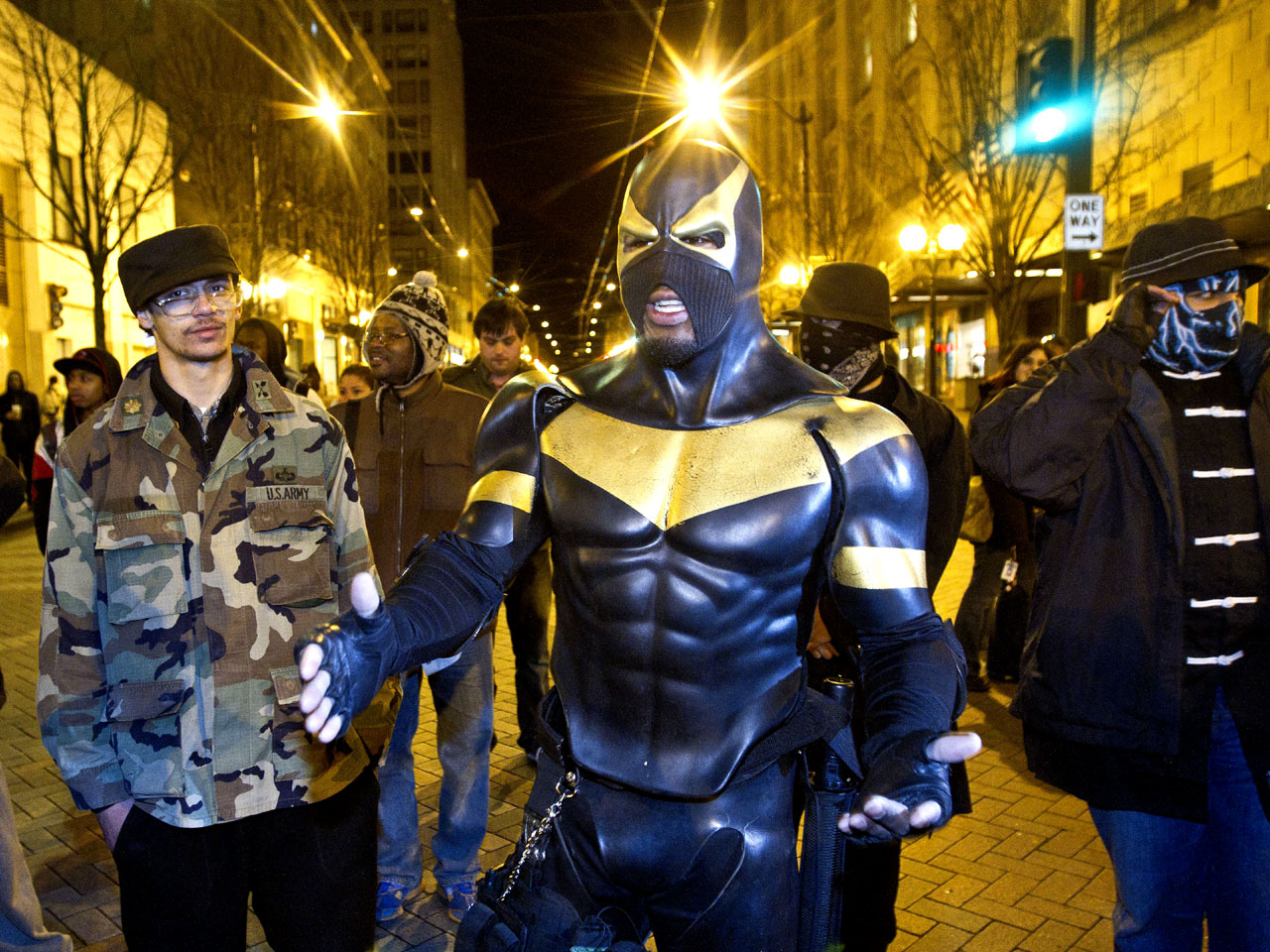 (CBS/KIRO/AP) SEATTLE - Seattle's self-styled masked crusader "Phoenix Jones," who says he often wears a superhero suit in order to stop crime, may have been involved in a criminal act himself.

Jones is out of jail after being held Sunday night, accused of pepper-spraying a group of people he said were fighting. Seattle police said they responded Sunday to reports of an assault and arrested a man they said was Jones. Police say that the group was not fighting, as Jones claimed, but dancing, reports CBS affiliate KIRO.

"Our message has been the same from the beginning, if you see something that warrants calling 911, call 911," said Seattle police spokesman Det. Mark Jamieson. "Just because he's dressed up in costume, it doesn't mean he's in special consideration or above the law. You can't go around pepper spraying people because you think they are fighting."

Jones gave his own version of the incident in a Facebook post overnight, saying he "witnessed a hit-and-run/attempted murder of a man and he responded to stop it." He also released a video shot during the alleged assault.

The video can be viewed here.

The footage goes on to show Jones breaking up the group. Then a woman screams at him, hitting him with her high-heel shoes. Jones appears to be holding his pepper spray canister. Moments later a BMW car appears and speeds away on the street, almost hitting an unidentified man. Jones chases after the car to get the license number. A person with Jones is heard calling 911 to report a hit-and-run.

Jones and his followers then approach the rest of the group down the block. A woman screams at them to "stay away." Another woman runs up to Jones and hits him, screaming at him, "You sprayed [expletive] pepper spray in my eye!"

Two men in the group approach Jones, who then appears to pepper spray them.

Jones told KIRO FM's Ron and Don Show that police took his suit, boots and mask. He added that he hasn't had problems with the Seattle police department, but that a few officers have a "grudge" against him. Jones said he's got a backup suit.

On his Facebook page, Jones has nearly 4,400 friends, and says that he's married to a woman with the name PurpleReign, another masked vigilante.

Police weren't buying his Phoenix Jones handle, however. He was booked under the name Benjamin John Francis Fodor.