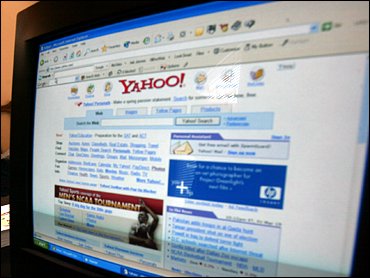 The number of people who use Internet search engines to find information has jumped over the last year, claiming a solid No. 2 spot behind e-mail among online tasks, a new study finds.

Of the 94 million American adults who went online on a given autumn day this year, 63 percent used a search engine, compared with 56 percent in June 2004, the Pew Internet and American Life Project said Sunday.

Until recently, search and news have been running neck-and-neck for the No. 2 spot among Internet tasks, said Lee Rainie, the project's director. But search had a dramatic jump over the past year to widen the gap over news, used by 46 percent of the Internet's daily population.

Use of search engines was higher among users who are richer and better educated, as well as those with high-speed broadband connections that are continuously on.

"If you're cooking dinner and wondering what ingredients to put in your meal, if you had a dial-up connection you would probably go to your cookbook," Rainie said. "If ... you have a broadband connection, you'd likely go to your bookmarks" for your favorite search engine.

E-mail remains the most popular application, used by 77 percent of the daily sampled population. "On any given day, about 52 percent of American Internet users are sending and receiving email, up from 45 percent in June of 2004," said Pew on its Web site.

Separate tracking by comScore Media Metrix finds that users averaged 24 minutes a day on e-mail, compared with less than 4 minutes for search. Pew researchers note that the gap signals that e-mail remains a powerful application.

Nonetheless, although the number of daily e-mail users has grown because of increases in the overall online population, the percentage of the daily population accessing e-mail has dropped. It was 85 percent in the 2004 survey.

Rainie suggests users might have grown fearful of viruses and other threats spread via e-mail, or they might have turned to instant messaging instead. He also speculates that they might simply suffer from information overload and conscientiously limit their e-mail use.

The random telephone-based survey of 1,577 Internet users was conducted Sept. 13 to Oct. 14. It has a margin of sampling error of plus or minus 3 percentage points.