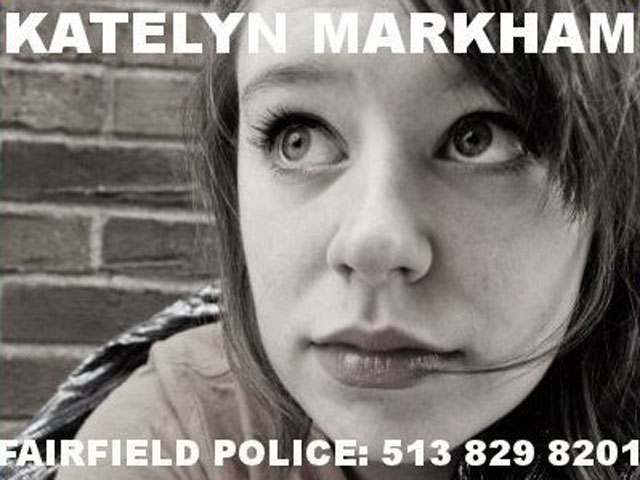 The Texas EquuSearch Mounted Search and Recovery Team will begin its first official search Thursday. The group headed by Tim Miller has been involved in several high-profile missing person cases, including Caylee Anthony and the unsolved 2005 disappearance of Alabama teenager Natalee Holloway in Aruba.

According to local station WLTL, Texas EquuSearch says that a team of about 25 people will travel to Butler County on Tuesday in order to resume the search for Katelyn Markham on Thursday.

Police say there is no evidence of foul play. However, they also don't believe that there was any reason for Markham to leave on her own without contacting anyone.

According to The Cincinnati Enquirer, Markham's parents requested that EquuSearch help look for the 22-year-old art student last seen Aug. 13 in Fairfield. Her fiancé reported her missing the day after her disappearence.

A $25,000 reward has been offered for information in Markham's disappearance.