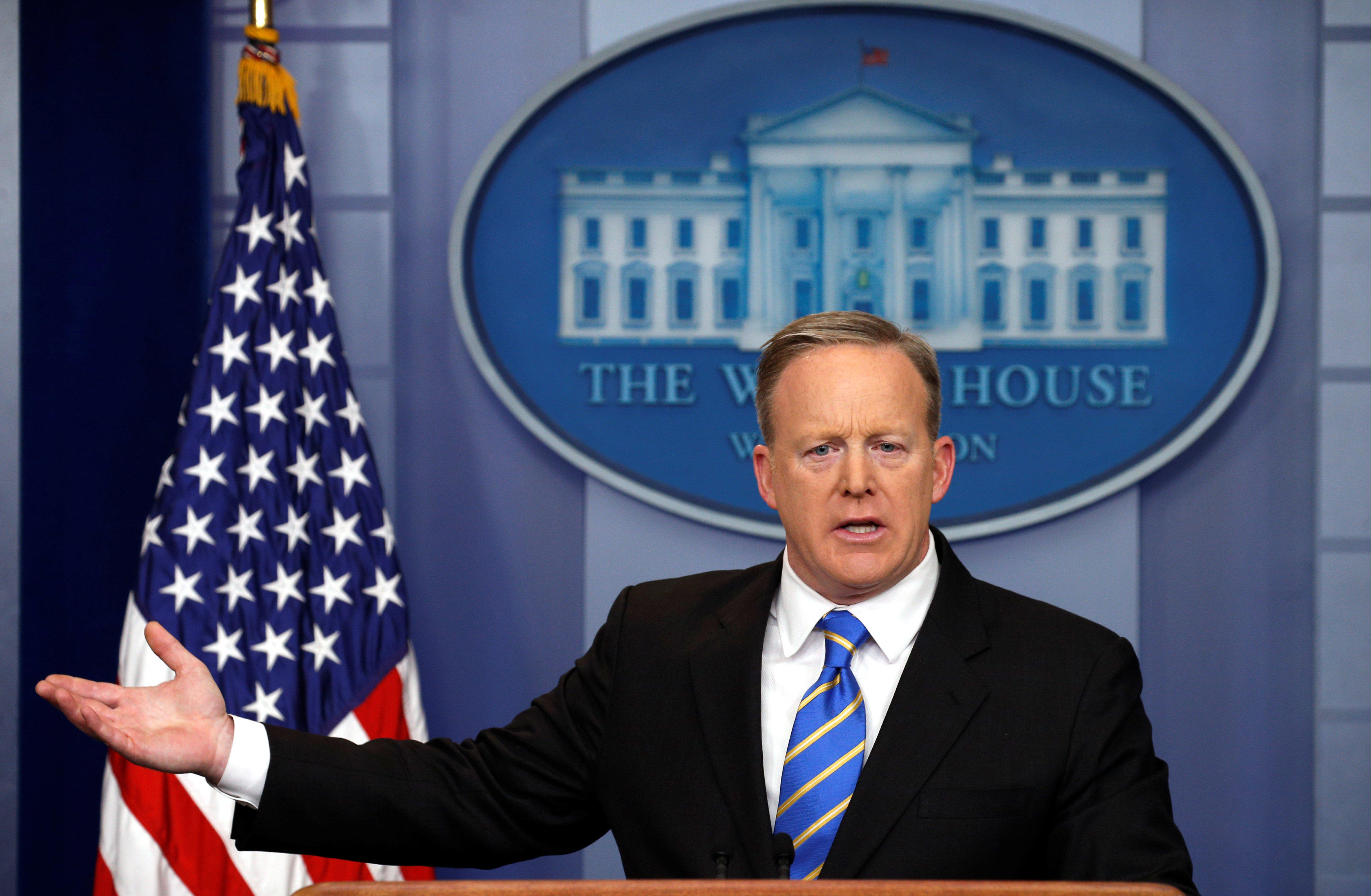 White House press secretary Sean Spicer said Tuesday that President Donald Trump has had a “long-standing belief” that millions of people voted illegally in the 2016 election, and that despite credible evidence, his view is “based on studies and evidence that people have presented to him.”

Asked about the claim that 3 to 5 million people voted illegally during 2016 -- a claim for which there is no known proof whatsoever, but which Mr. Trump repeated Monday night at a small reception with bipartisan congressional leaders -- Spicer said Mr. Trump truly does believe the claim.

“The president does believe that. He has stated that before. I think he’s stated his concerns of voter fraud and people voting illegally during the campaign,” Spicer said. “He continues to maintain that belief based on studies and evidence that people have presented to him.”

Asked about Mr. Trump’s evidence for those claims, Spicer again referred without specificity to “studies and information he has.”

When reporters followed up, asking again for evidence of such an explosive claim, Spicer mentioned a study “that came out of Pew in 2008 that showed 14 percent of people who have voted are non-citizens.”

However, the Post article was roundly criticized -- and the study’s methodology appeared to be questionable enough that the Post affixed a note at the top the article saying another article claimed the study’s findings “were biased and that the authors’ data do not provide evidence of non-citizen voting.” The story was also published more than two years ago, and thus, it makes no claims about specific instances of non-citizen voting in 2016.

CBS News producer Laura Strickler contacted one of the authors of the 2014 study, Professor Jesse Richman, of Old Dominion Universitiy. Richman concedes that the guess that 6.4 percent of non-citizens voted in 2008 may be a little high, but he still stands by his work.  However, he says and has written a blog post saying that non-citzen votes could not account for Mr. Trump’s popular vote loss.  He estimates the number of non-citizen votes in 2016 might be as high as 800,000, which, he noted, “is still way short of what Trump would have needed to make up for the popular vote loss.”

Richman also said that in order for that to be the case, it would “require a truly massive increase in non-citizen voting and Trump lost by far too much for it to be accounted for by non-citizen participation.”

Mr. Trump has also made reference to a 2012 Pew Research study which found that roughly one in eight names on the voter rolls were either inaccurate or no longer valid -- again, a study that was published long before the 2016 election and makes no claims whatsoever about documented voter fraud.

Asked whether Mr. Trump intends to launch an investigation into this allegedly widespread voter fraud, Spicer replied, “maybe we will.”

“We’ll see where we go from here but right now the focus that the president has is on putting Americans back to work,” he said. “It was a comment he made on a long-standing belief.”