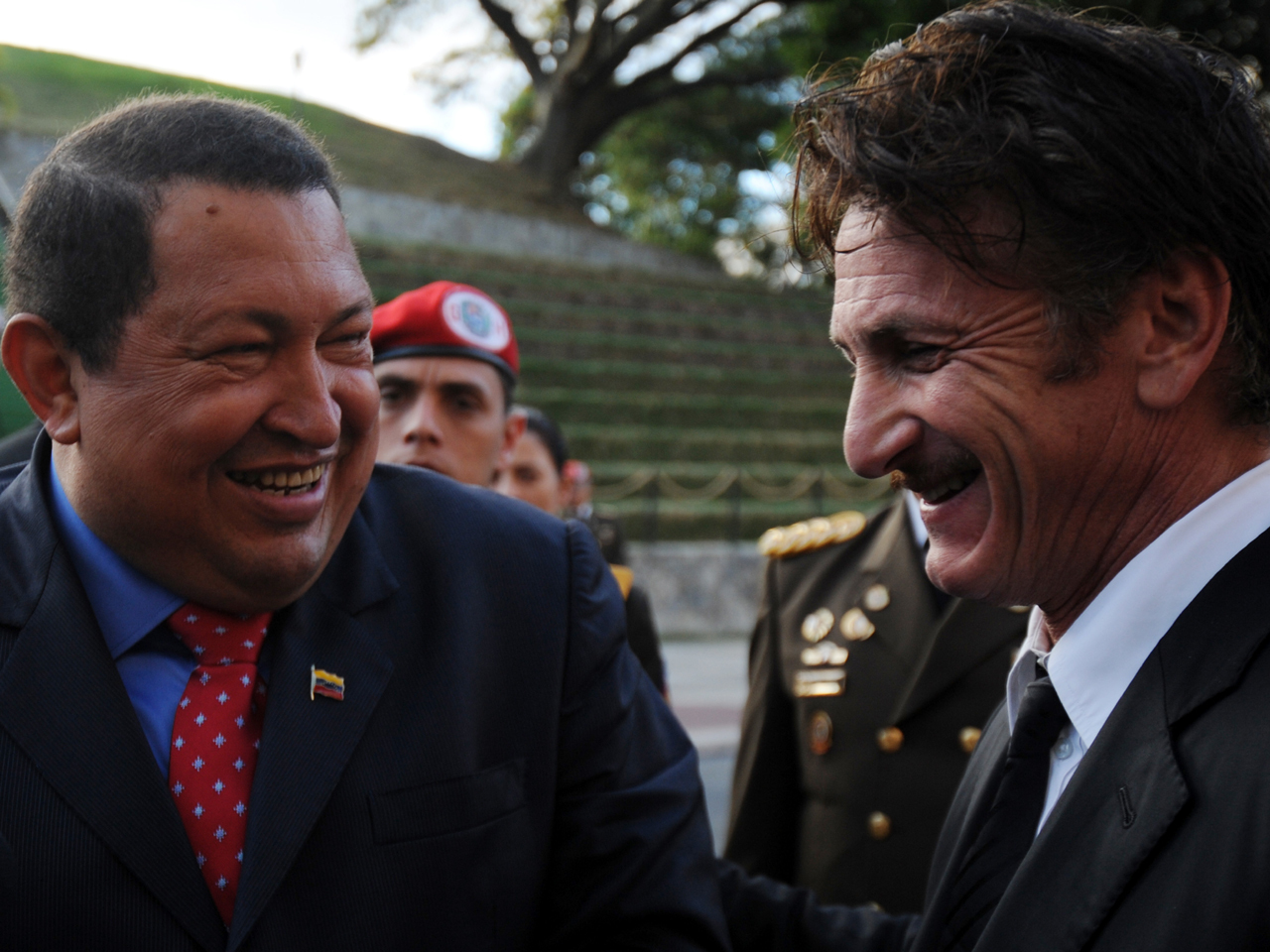 (CBS News) Sean Penn joined his friend Venezuelan President Hugo Chavez at an election rally in the city of Valencia over the weekend.

The actor and activist rode atop a truck with Chavez past cheering supporters, Reuters reports.

"Thank you very much for visiting us again, dear friend," Chavez said after introducing Penn to the crowd, according to Reuters. "We're all Americans, from the north, the center, the south. Long live the American continent!"

Penn waved from the stage, fist-bumped and hugged Chavez, according to the report, but did not address the rally.

The Oscar-winner is known for his political and social activism, including his humanitarian efforts following Hurricane Katrina and the earthquake in Haiti.

Chavez is campaigning to win a new six-year term in October.