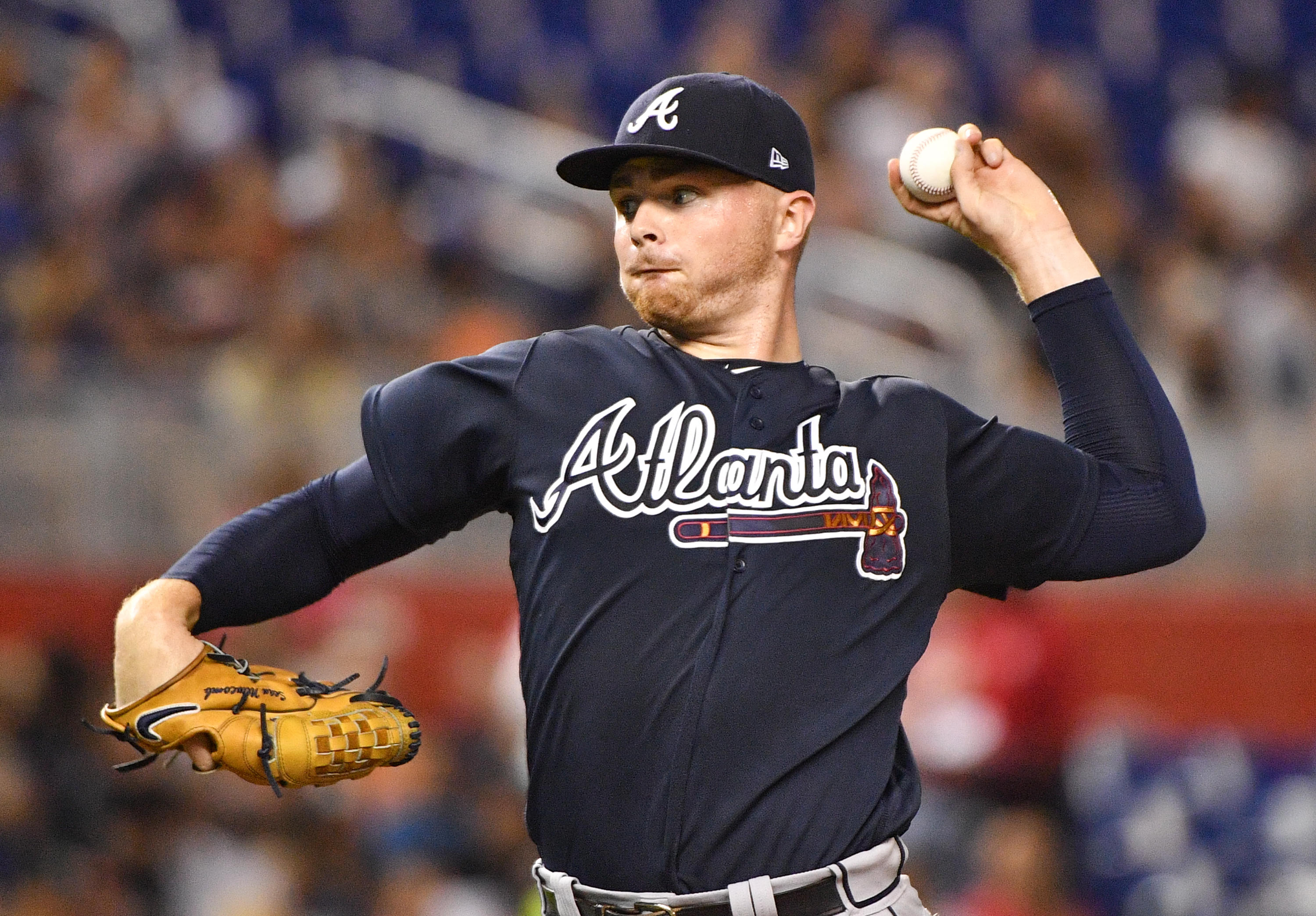 ATLANTA -- Atlanta Braves pitcher Sean Newcomb apologized Sunday for racist, homophobic and sexist tweets he sent as a teenager, calling them "some stupid stuff." The 25-year-old spoke less than an hour after nearly pitching a no-hitter against the Los Angeles Dodgers. The tweets were sent in 2011 and 2012.

"I definitely regret it, for sure," Newcomb said. "I just wanted to apologize for any insensitive material ... it was a long time ago, six or seven years ago, saying some stupid stuff with friends."

Major League Baseball dealt with a similar situation this month involving Milwaukee Brewers reliever Josh Hader on the night he pitched in the All-Star Game.

"Such inappropriate comments have no place in our game. We are aware of this serious issue, Billy Bean will meet with Mr. Newcomb this week, and we will identify an appropriate course of diversity training for him in the Atlanta community," MLB said in a statement.

Bean is MLB's vice president for social responsibility and inclusion. He is a former big league outfielder and openly gay.

Hader apologized after offensive tweets sent when he was a teen came to light on July 17. The next day, MLB said the 24-year-old Hader will be required to go through sensitivity training and participate in diversity and inclusion initiatives. Hader also met with Bean.

"We are aware of the tweets that surfaced after today's game and have spoken to Sean, who is incredibly remorseful," the Braves said in a statement posted on Twitter. "Regardless of how long ago he posted them, he is aware of the insensitivity and is taking full responsibility."

Atlanta's clubhouse had already closed to the media after he answered questions about his career-best moment, a 4-1 victory in which he came within one strike of pitching a no-hitter. Chris Taylor broke up the bid with two out single in the ninth inning.

Newcomb said he had forgotten about the tweets until he picked up his phone postgame and saw mentions of the posts. The Braves reopened the locker room about 30 minutes later -- Newcomb said it was his idea for a team official to bring reporters back downstairs so he could address the subject.

"This is something obviously that can't be happening," he said. "I feel bad about it. I don't mean to offend anybody. It was six, seven years ago. I didn't mean anything by it and I definitely regret it, for sure."

Newcomb said he doesn't think the tweets will cause fallout among current teammates.

"No, I don't think so," he said. "I think people that know me know that's not the kind of person I am. It's been a long time since then and at the same time I didn't mean anything by it."

Bean likely will be scheduling a meeting with Trea Turner as well after homophobic and racially insensitive tweets by the Washington Nationals shortstop from 2011 and 2012 surfaced Sunday night. The 25-year-old Turner apologized in a statement released by the team. His posts surfaced hours after Washington's 5-0 loss at Miami. The posts are from 2011 and 2012.

The 25-year-old Turner said there is no excuse for his language and he is "sincerely sorry for those tweets and apologize wholeheartedly."

"I believe people who know me understand those regrettable actions do not reflect my values or who I am," he said in a statement issued by the team. "But I understand the hurtful nature of such language and am sorry to have brought any negative light to the Nationals organization, myself or the game I love."

Mike Rizzo, the president of baseball operations for the Nationals, said he spoke with Turner about the issue.

"He understands that his comments - regardless of when they were posted - are inexcusable and is taking full responsibility for his actions," Rizzo said in a separate statement released by the team.

"The Nationals organization does not condone discrimination in any form, and his comments in no way reflect the values of our club. Trea has been a good teammate and model citizen in our clubhouse, and these comments are not indicative of how he has conducted himself while part of our team. He has apologized to me and to the organization for his comments."

"We find the tweets hurtful and incredibly disappointing and even though he was 18 or 19 years old when posted, it doesn't make them any less tolerable. We will work together with Sean towards mending the wounds created in our community," the team said.

CBSSports.com notes that Major League Baseball has tried to foster a more inclusive environment in recent years, in part by suspending players for using homophobic slurs on the field, like Matt Joyce and Kevin Pillar.

Perhaps the most well-known instance involved Yuli Gurriel last World Series, when he made racist gestures directed at Yu Darvish. Gurriel was suspended for five games, while Joyce and Pillar were each shelved for two games.

Earlier this season, the Detroit Tigers fired pitching coach Chris Bosio due to "insensitive comments" he made toward a team employee.