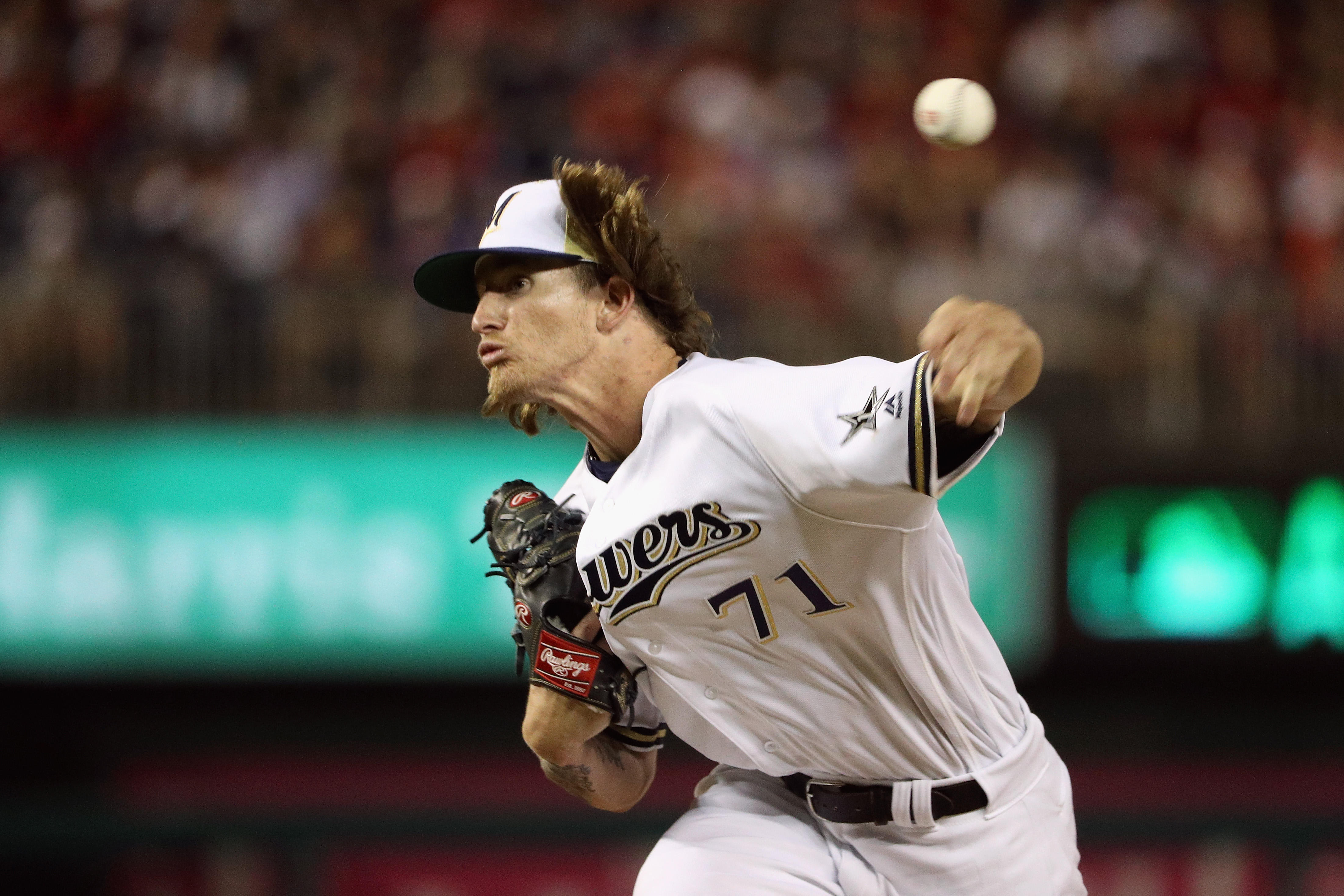 WASHINGTON -- Milwaukee Brewers reliever Josh Hader took responsibility for racist and homophobic tweets that resurfaced while he was pitching in the All-Star Game Tuesday night. Hader was alerted to an online firestorm regarding the tweets when he came out of the game.

He locked his account and after the game he said the posts were from seven years ago and stemmed from immaturity when he was 17.

"There's no excuse for what was said," Hader said. "I'm deeply sorry for what I've said and what's been going on. It doesn't reflect any of my beliefs going on now."

Asked if he was worried about facing discipline, the 24-year-old said he would live with it.

"I'm ready for any consequences that happen for what happened seven years ago," Hader said.

Some of the tweets that surfaced were from 2011 and 2012. Hader said he did not "vividly" remember the tweets.

"I'm sure there's some lyrics, some rap lyrics being tweeted," Hader said. "I really don't know exactly what's all out there."

Major League Baseball issued a statement Wednesday saying, "During last night's game we became aware of Mr. Hader's unacceptable social media comments in years past and have since been in communication with the Brewers regarding our shared concerns."

"After the game, Mr. Hader took the necessary step of expressing remorse for his highly offensive and hurtful language, which fails to represent the values of our game and our expectations for all those who are a part of it," it said. "The Office of the Commissioner will require sensitivity training for Mr. Hader and participation in MLB's diversity and inclusion initiatives."

"We will continue to work through this issue with Josh as we prepare to resume games after the break," he said.

As Hader's tweets were going viral, some of Hader's friends and family in attendance were given blank gear in the stands. They were wearing blank National League gear outside the clubhouse toward the end of the game.

Hader said he had not spoken to family members and, when asked if that would be a difficult conversation, responded, "I was young, immature and stupid. There's no excuses for what was said or what happened."

Hader, who allowed four hits, including a home run to Seattle's Jean Segura, talked to Brewers teammate Lorenzo Cain in the clubhouse after the NL's 8-6 loss. Cain said he did not ask for an apology and simply wanted to understand the situation before speaking with reporters.

"We've all said crazy stuff growing up, even when we're 17, 18 years old," Cain said. "If we could follow each other around with a recorder every day, I'm sure we all said some dumb stuff. Basically, we're going to move on from this. He said it. It's over with. It's done with."

Brewers outfielder Christian Yelich said: "I don't know what he did or what happened. The guy I know, he's a great guy. Really kind heart."

Hader, a native of Millersville, Maryland, cited his youth for sentiments shared in the tweets.

"Being 17 years old, you make stupid decisions and mistakes," Hader said. "I was in high school. We're still learning who we are in high school. You live and you learn. This mistake won't happen again."

CBSSports.com notes that Major League Baseball has tried to foster a more inclusive environment in recent years, in part by suspending players for using homophobic slurs on the field, like Matt Joyce and Kevin Pillar.

Perhaps the most well-known instance involved Yuli Gurriel last World Series, when he made racist gestures directed at Yu Darvish. Gurriel was suspended for five games, while Joyce and Pillar were each shelved for two games.

Earlier this season, the Detroit Tigers fired pitching coach Chris Bosio due to "insensitive comments" he made toward a team employee.

Things certainly aren't perfect and this will be a telling test. MLB hasn't yet had to address a situation like this, concerning a high-profile player's tweets.