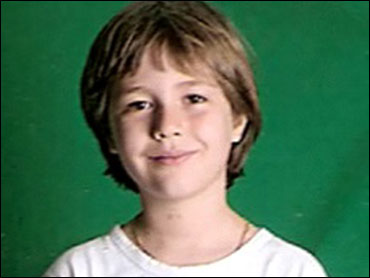 The Brazilian family of 9-year-old Sean Goldman won't appeal a court-ordered custody transfer and are planning a "peaceful transition" of the boy to his American father, a representative for the family's lawyer told CBS News Wednesday.

The announcement out of attorney Sergio Tostes' office paves the way the father-son reunion after Brazil's chief justice ruled Tuesday that Sean should be turned over to David Goldman in a decision that appeared to bring the case in line with international custody accords.

"This is now an enforcement issue, where the Brazilian government needs to fascilitate the transfer of Sean Goldman from the abductors to his one-and-only father, David Goldman," Rep. Chris Smith (R, N.J.), told "Early Show" co-anchor Maggie Rodriguez Wednesday. "Abduction ... needs to be seen for what it is -- a very serious human rights abuse. Sean deserves to be with his dad."

Smith, an ardent backer of David Goldman's cause, flew to Rio to be with Goldman.

In a broadcast interview Wednesday morning, Goldman expressed hope he would soon be able to take his son home for good, but remained wary, as previous court rulings in his favor had been repeatedly appealed.

"When? When? When will Sean and I be able to go home, father and son?" he asked in an interview aired NBC.

Sean was taken by Goldman's now-deceased ex-wife to her native Brazil in 2004, where he has remained. Goldman, of Tinton Falls, N.J., has been fighting to get him back from the boy's stepfather.

Both the U.S. and Brazilian governments have said the matter clearly fell under the Hague Convention, which seeks to ensure that custody decisions are made by the courts in the country where a child originally lived - in this case, the United States.

Goldman's New Jersey-based lawyer, Patricia Apy, said Tuesday she believed the order by Supreme Court Chief Justice Gilmar Mendes required Sean to be handed over immediately, but she said Goldman's attorneys had not heard from lawyers for the Brazilian family at the time.

Rep. Smith told reporters Tuesday David Goldman was "elated" when he heard of Mendes' ruling, adding, "A big smile came to his face, but he said 'I'm not going to let my guard down until it's wheels-up.' "

Goldman launched his case in U.S. and Brazilian courts after Sean was taken by his mother to Brazil, where she then divorced Goldman and remarried. She died last year in childbirth, and the boy has lived with his stepfather since.

A lawyer specializing in the Hague Convention said Tuesday's decision by Mendes was the only right one to make.

"It would be virtually impossible to reconcile international law with a ruling in favor of the Brazilian family," said Greg Lewen of the Miami-based law firm Fowler White Burnett.

He said that if the Hague Convention were not followed by the chief justice, "the State Department should immediately issue a travel advisory warning parents not to go to Brazil with their children."

Smith, the congressman, said the fact that the Brazilian chief justice ruled Sean should be with his father would take the steam out of any appeal from the stepfather, himself a lawyer from a prominent family of Rio de Janeiro attorneys.

During a teleconference with U.S. journalists late Tuesday, Smith said law enforcement was on guard in case the Brazilian family did not transfer Sean. He said the international police agency Interpol had been notified to make sure Sean was not flown out of Brazil.

"Our hope is, given the prominence of this family in legal circles, that's less likely to happen," Smith said.

And the word from Tostes Wednesday indicated those fears would probably prove unfounded.

"Our moral foundation values the mother's role. In the absence of the mother, the raising should be done by the grandmother," she wrote. "That's how it's done in Brazil, from north to south, regardless of race, religion or social class. It's natural that foreigners, with a different foundation, would not understand these authentically Brazilian feelings."

Meanwhile, Goldman has said his parents and other relatives have been waiting for years to be reunited with Sean.

Silva has said he would not intervene in the case, that it was purely a matter for Brazil's legal system.

The case has affected diplomatic ties between Brazil and the United States, as the U.S. State Department applied pressure for the boy to be returned. President Barack Obama and Silva have discussed the matter.

Last week, U.S. Sen. Frank Lautenberg, of New Jersey, reacted to the case by blocking renewal of a trade bill that benefits more than 130 countries, including Brazi, by allowing them to export a variety of products duty-free to the United States. Brazil is the fifth-largest beneficiary from the duty-free provision, receiving an estimated $2.75 billion in benefits last year, according to Lautenberg's office.

Lautenberg lifted the hold after Tuesday's ruling in Brazil and the U.S. Senate quickly passed the trade measure.