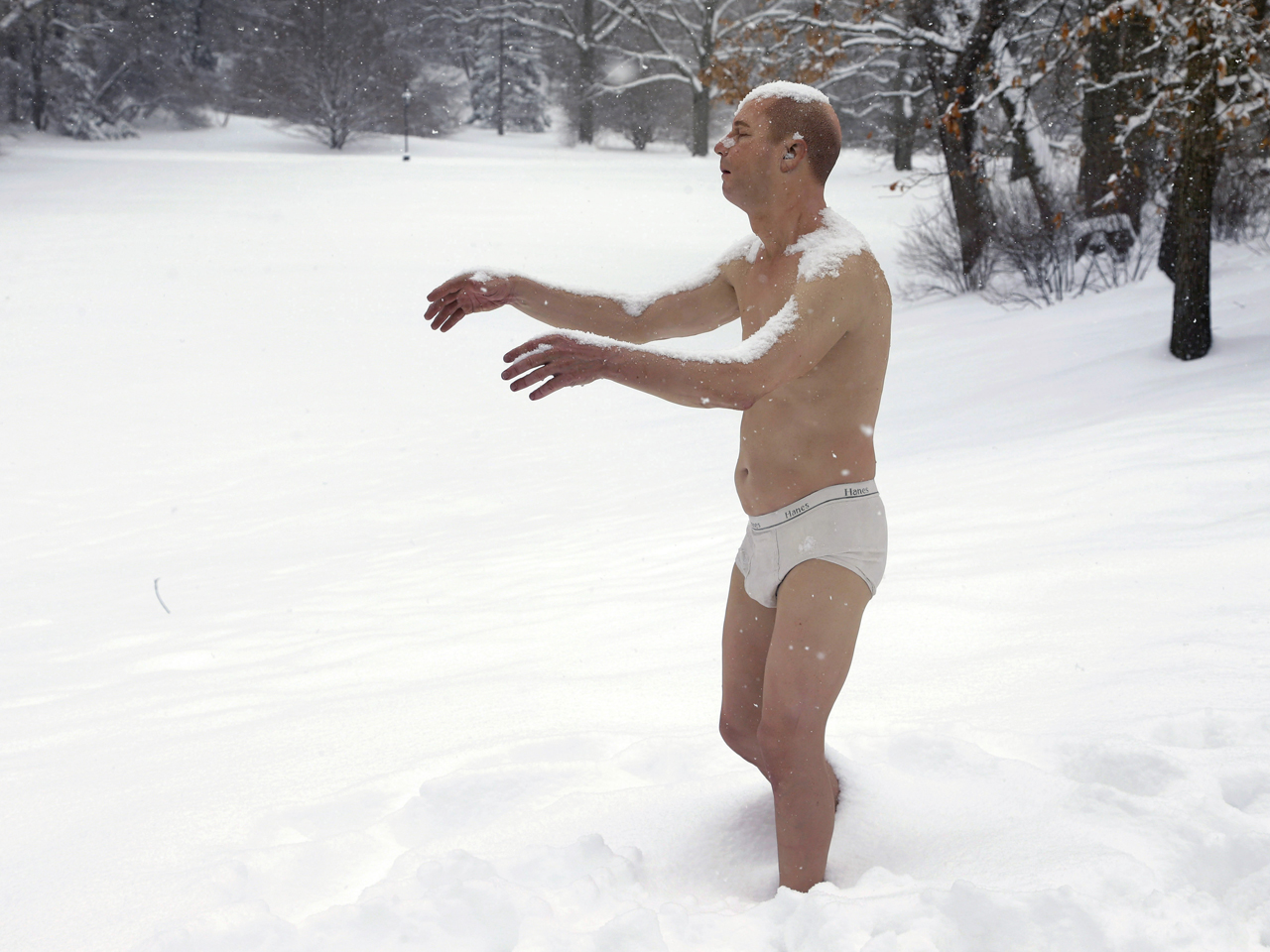 WELLESLEY, Mass. – A new art exhibit on the side of the road in Wellesley is turning a few heads.

The Davis Museum at Wellesley College put a Tony Matelli sculpture called Sleepwalker on display by the side of the road, reports CBS Boston.

Matelli’s Sleepwalker depicts a man deep in sleep, wandering in only his underwear.

The statue, which is part of a Matelli exhibit at the all-women college’s museum, was placed in public view in order to raise interest and provoke discussion.

It has certainly provoked a discussion on the museum’s Facebook page, with some people expressing amusement and others calling for it to be removed.

There’s actually an online student petition to have it removed. The petition started by junior Zoe Magid called on President H. Kim Bottomly to have the artwork removed.

The sculpture is a “source of apprehension, fear, and triggering thoughts regarding sexual assault” for many, according to the petition, which had nearly 300 signees on Wednesday.

But the president of the prestigious women’s school says that’s all part of the intellectual process. And removing it appeared unlikely, according to a joint statement issued Wednesday by Bottomly and museum Director Lisa Fischman.

“The very best works of art have the power to stimulate deeply personal emotions and to provoke unexpected new ideas, and this sculpture is no exception,” the statement said. The sculpture “has started an impassioned conversation about art, gender, sexuality and individual experience, both on campus and on social media.”

The sculpture was placed outdoors specifically to get a reaction and to connect the indoor exhibition with the world beyond, Fischman said.