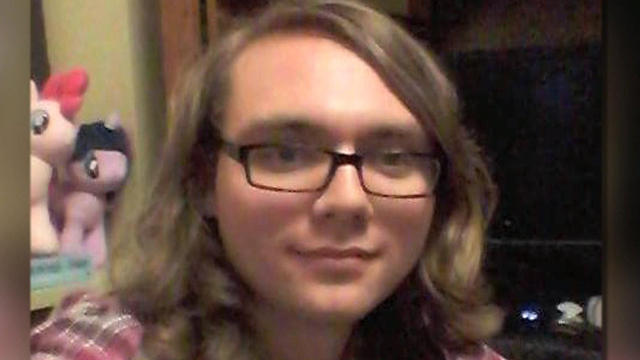 ATLANTA -- The lawyer for the family of a student killed by Georgia Tech police says the officer who fired the fatal shot overreacted.

Campus police killed 21-year-old Scout Schultz, who they say was advancing on officers with a knife. The Georgia Bureau of Investigation said Schultz refused to put down the knife and kept moving toward officers late Saturday outside a dormitory.

Attorney Chris Stewart told The Atlanta Journal-Constitution he thinks Schultz was having a mental breakdown and didn't know what to do.

CBS News asked state investigators whether responding officers carried Mace or a stun gun, but they had no further details.

At a news conference on Monday, Stewart told reporters that Georgia Tech had confirmed to him that their officers do not carry these less-lethal alternatives to firearms, which Stewart called "insane."

Officers were responding to a call about a man carrying a gun and a knife, CBS News correspondent Mark Strassmann reports. A video shows Schultz walking toward police, holding what they believed was a pocket knife. Stewart described it as a "multi-purpose tool that probably everybody has in their car" and asserted that "the knife wasn't even open."

Stewart praised some of the officers on the scene, saying that they followed what is considered best-practice procedure for dealing with someone in the midst of a mental health emergency, specifically putting distance between the subject and the officer, attempting to de-escalate the situation through verbal communication, and putting a barrier between the subject and officer. He wondered aloud why the officer who shot Schultz decided to do so.

"Come on, let's drop it," a female officer tells Schultz in the video.

"No, drop the knife," the male officer says.

Schultz paused before stepping toward an officer, who gave a final warning. The officer then opened fire with a single, fatal shot.

Pictures of the scene show a small multi-purpose tool on the ground, Strassmann reports. The blade of the knife inside it was folded. Schultz had no gun.

Schultz was president of Pride Alliance at Georgia Tech and identified as nonbinary, meaning neither male nor female.

At the Monday press conference, Schultz's parents described the student as being "well-liked" on campus, having a 3.9 GPA and hoping to one day work making bio-medical devices.

"Now we'll never know what Scout might have come up with," said his mother, Lynne.

Schultz's father said he knew police officers rarely get indicted or convicted for killing civilians, but said he wanted to know, "Why did you have to shoot? That's the only question that matters right now. Why did you kill my son?"