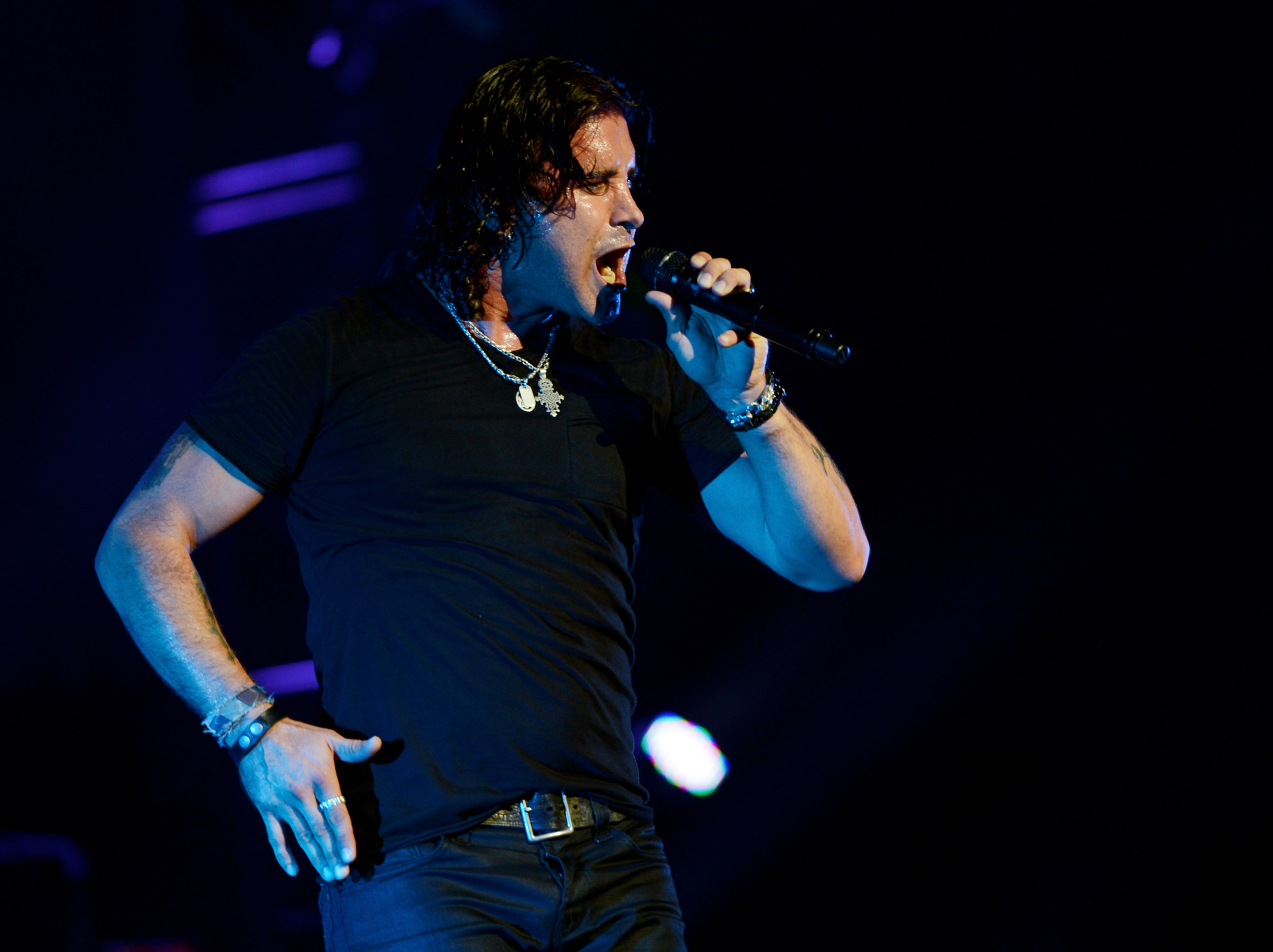 When Scott Stapp visited CBS News in October 2013 things sounded as though they were on the up and up. On the cusp of releasing a new solo album, Stapp spoke about his commitment to staying sober and devotion to his family. The Creed frontman opened up about his recovery (he had previously battled addiction) and love for his wife (who accompanied him to the interview) as he poured himself into his new music.

Now in a surprising and alarming new confessional video posted on his Facebook page, Stapp says he's under attack, penniless and living out of a hotel. The video has since been removed from his Facebook page.

The 41-year-old rocker says that although it's unlike him to post a video like this one, he wanted to set the record straight amid rumors swirling around his personal life that he's either dead or on drugs.

He talks about beginning an audit of his finances and claims that a lot of money has been stolen from him and royalties gone unpaid. "There are people who have taken advantage...They are trying to discredit me, slander me," he says.

He claims the IRS suddenly froze his bank account on a couple of occasions, which has left him "completely penniless." As a result, Stapp says he's been staying at a Holiday Inn, which he considers lucky because before that he spent weeks sleeping in his truck.

"I had no money, not even for gas or food. I went two days without eating because I had no money," he says. "I ended up in an emergency room."

"When I called the bank to see what happened to the funds I had remaining in the bank, someone had called, used my information...and changed my online passwords to my bank accounts and transferred all the money out of my bank accounts. So I had nothing," he continues.

"My civil rights have been violated," he adds in the video titled "Public Statement #1." "I've been harassed. I've been stalked....My name, my reputation has been slandered all over the Internet," he says.

Stapp admits he's "shed a few tears" about his current situation and is looking for an honest, good attorney that's "willing to fight and taking it all the way to the top."

At the end of the 15-minute video, Stapp says not to worry -- he's sober and "safe as of right now in a hotel room."

"Don't believe any of the lies. The truth will prevail," he said. Stapp says to expect more updates like this one "because it's my only way to fight."

Stapp rose to fame in the late '90s as frontman of rock band Creed. The group's hit album, 1997's "My Own Prison" (on Wind-Up Records), has been certified at least six times platinum and spent more than 100 weeks on Billboard's album chart. The band's hits include "With Arms Wide Open," "Higher" and "My Own Prison." Creed's "With Arms Wide Open" won the Grammy for best rock song in 2001.

Last year, Stapp told CBS News about how the band's rise to fame impacted him: "It definitely had an impact on me physically and emotionally, and with the success and being so involved in the rock and roll lifestyle. That's where the foothold began. I could have been a statistic and I should have been a statistic. We hear all the time about the artists that die young and that should have been me. I'm just thankful to God and my wife Jaclyn and my family for pulling me out and pulling me through...What was so dark has now become something that gave me purpose."

In 2012, Stapp released the memoir, "Sinner's Creed," which chronicled his fundamentalist upbringing, his battle with addiction and the rediscovery of his faith.

Stapp's wife filed for divorce earlier this month. They've been married since 2006 and have two children together. Stapp also has a child with his previous wife, Hillaree Burns.

Stapp reunited with Creed for 2009's "Full Circle" and an accompanying tour.