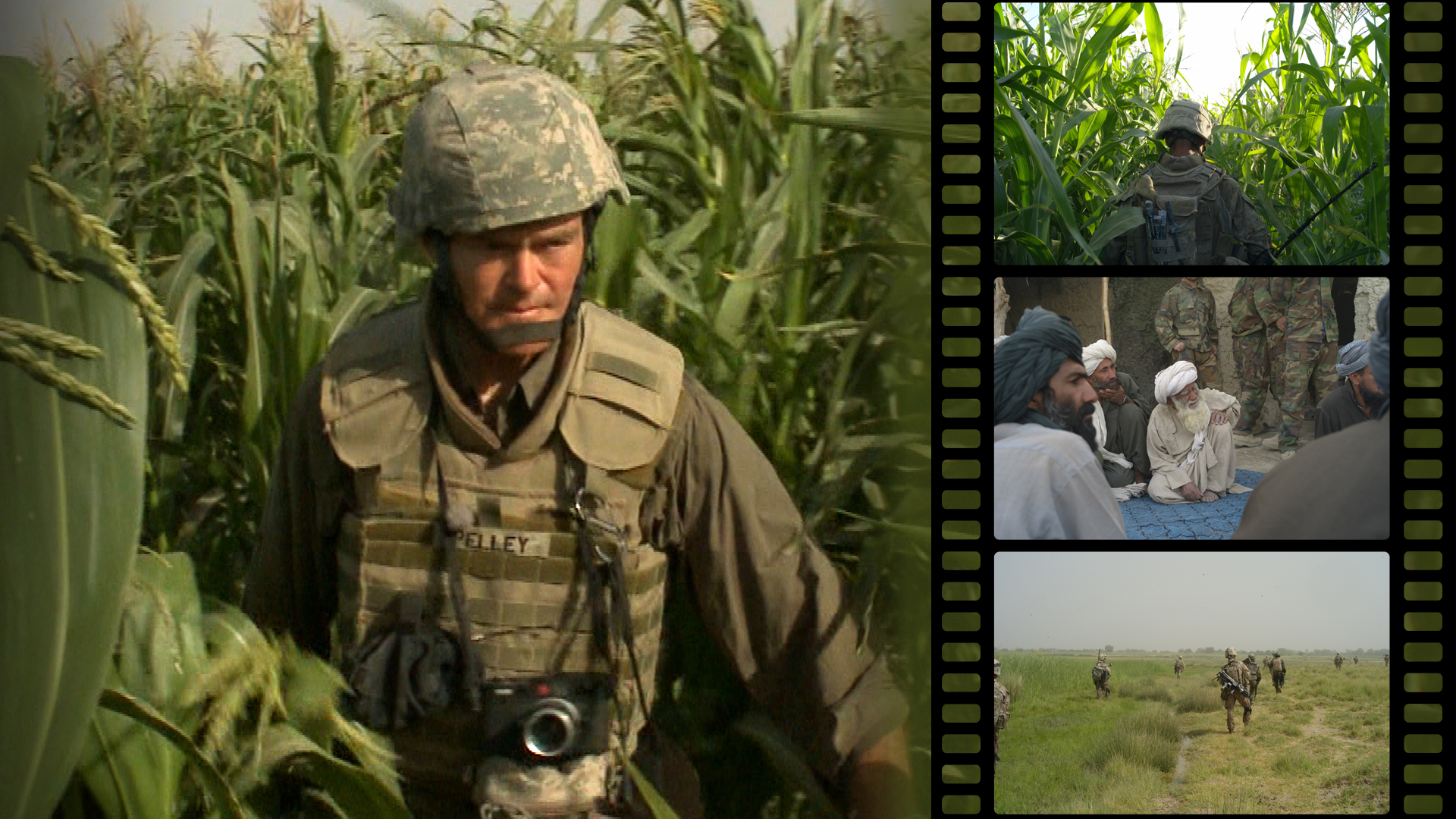 Viewers know Scott Pelley for his work in front of the camera. But when he's in the field on assignment for 60 Minutes, he can often be found with his eye behind the lens. Pelley is an avid amateur still photographer, and producers who work with him at 60 Minutes say he rarely leaves his camera at home when he travels to report a story.

In this 60 Minutes Overtime feature (above), Pelley opens up his office and his personal photo album, as he looks back at the three weeks he spent in Afghanistan in 2009 reporting on the 2nd Battalion of the 8th Marine regiment.

"I have a number of pictures of Golf Company up in my office," says Pelley. "I put them up in my office to remind me of the sacrifice that Americans have made in Iraq and Afghanistan over these more than 10 years now. And I like remembering them. I like seeing them-- and I especially like seeing the ones who we lost because you don't ever want to forget them."

This week on the 60 Minutes broadcast, Pelley revisits the men of Golf Company in person to see what had become of them five years later.

The Overtime segment "Pelley's pics" was produced by Ann Silvio, Lisa Orlando, and Sarah Shafer, and was originally published on March 8, 2015.