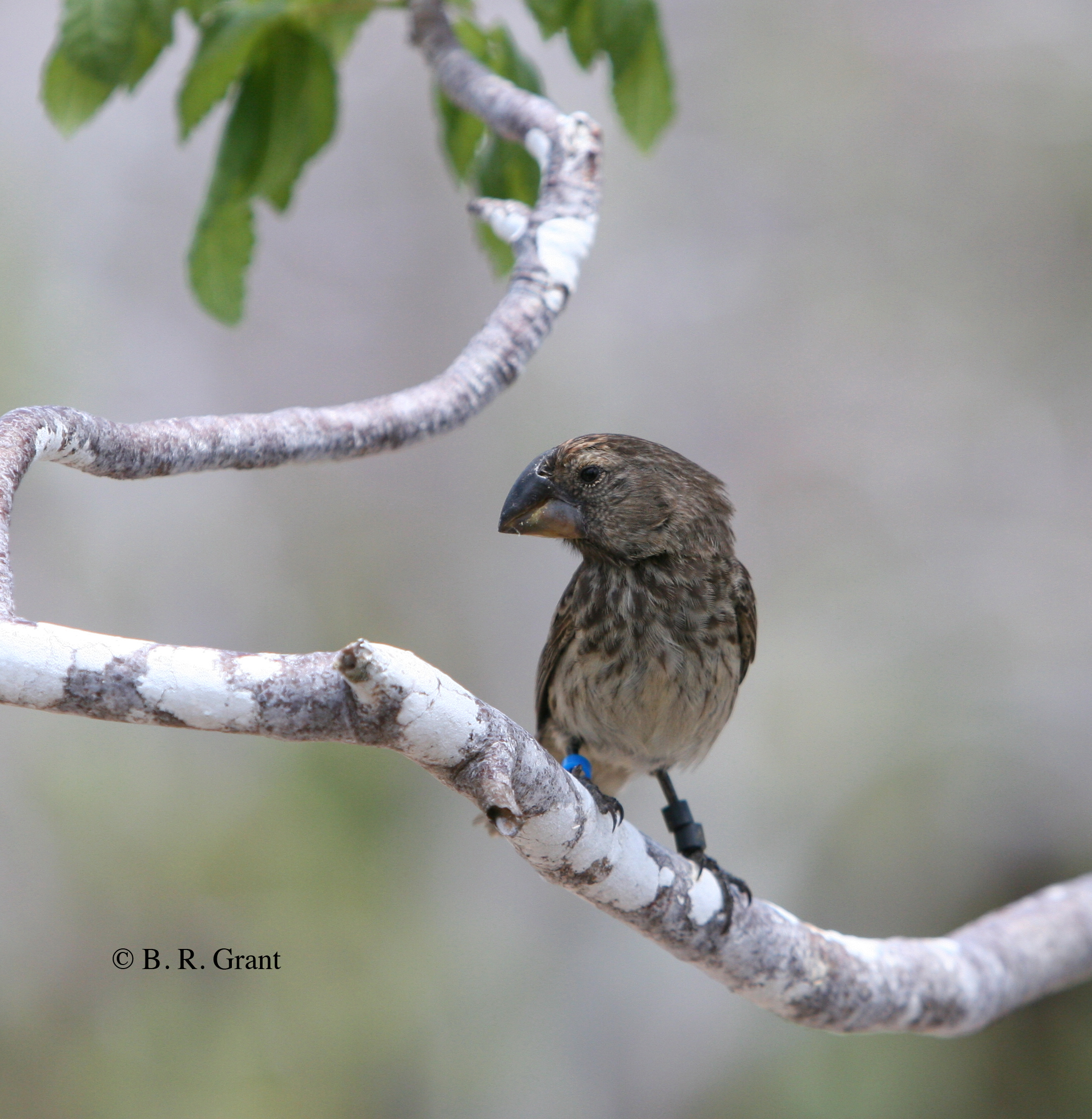 For more than four decades, the husband and wife team of Peter and Rosemary Grant travelled to the isolated Galapagos archipelago to watch evolution unfold in front of them.

They were studying some of the 15 species of Darwin's finches, so named because the famed naturalist observed them during the 1830s on his trip aboard the H.M.S. Beagle. Over the years, they noticed the beak size changed among species in response to its food supply - one species developed a smaller beak to take advantage of different seeds - which demonstrated evolution was happening much quicker than Darwin could ever have imagined.

Now, they have tapped the power of sequencing technology to understand the genetic underpinning of these changes. For the first time, scientists have sequenced the genomes of all the famous finches that inspired Charles Darwin's theory of natural selection.

In a study reported Thursday in Nature, the Grants, along with Leif Andersson of Uppsala University and several other authors, detailed the results from sequencing the genome of 120 birds from all of Darwin's finches.

For the DNA, the Grants provided drops of blood samples collected since 1987. They were especially interested in range of beak sizes, which had caught Darwin's eye because they were so much more diverse than the birds he had seen in Europe.

Comparing two species with blunt beaks and two with pointed beaks, they identified 15 regions of the genome as being very different. Six of these contained genes that previously have been associated with craniofacial and/or beak development.

Most significant, they found that genetic variation in the ALX1 gene is associated with variation in beak shape not only between species of Darwin's finches but also among individuals of the medium ground finch.

"This is a very exciting discovery for us since we have previously shown that beak shape in the medium ground finch has undergone a rapid evolution in response to environmental changes," Princeton University's Rosemary Grant said. "Now we know that hybridization (interbreeding between species) mixes the different variants of an important gene, ALX1."

The scientists also were able to show hybridization between a warbler finch and the common ancestor of tree and ground finches goes back more than 500,000 years and 800,000 years.

"During our field work on the Galapagos we have observed many examples of hybridization between species of Darwin's finches but the long-term evolutionary effects of these hybridizations have been unknown," Peter Grant, also at Princeton, said. "Now we can safely conclude that interspecies hybridization has played a critical role in the evolution of the finches, and has contributed to maintaining their genetic diversity."

Those who have closely followed the Grants' work said this opens up a whole new chapter in what already has become one of the most iconic models for studying adaptive evolution, a theory put forth by Darwin suggesting traits change due to natural selection so they are better adapted to their environment.

"My reaction is wow," said Jonathan Weiner, whose Pulitzer Prize winning book, ''The Beak of the Finch,'' chronicled the Grants' research on the Galapagos.

"I've spent decades looking over their shoulders as they followed the birds on the island and only in recent years have they have been able to start looking at the DNA," he said. "So, this whole invisible realm opens up and it is very cool to watch that happening."

Jonathan B. Losos, an evolutionary biologist at Harvard University, said the Nature study demonstrates how "molecular approaches" and field studies compliment one another.

"Molecular studies can tell us about patterns of mating and gene exchange that are hard to detect and can identify the genetic basis of trait variation," Losos told CBS News by email. "On the other hand, only by observing plants and animals in the field can we actually see what they are doing and where they living."

Losos said this was true especially with the interbreeding that the Grants observed on the islands. He also said the work offers important advances in understanding the genetic basis of beak evolution, "the hallmark" of Darwin's evolutionary theories.

The Nature study is the latest example of using the power of genomics to fill out the avian picture.

In December, a Science paper detailed how scientists had sequenced the genome of 45 species - including the ground finch - representing every group of living birds. In the process, they found candidate genes associated with brain pathways for vocal learning in song-learning birds and humans, genes involved in tooth loss in birds, and also gene loss in birds generally that made their genomes lighter than other vertebrates.

"The Darwin's finch study combined with our studies are really showing the power of modern large-scale genomics to decipher previously difficult to figure out species relationships, sort out the mode of species evolution and identify candidate genes that contribute to complex traits," said Duke's Erich Jarvis, who was a co-author on the Science study.

Now in their late 70s, the Grants have slowed down. Peter had a hip replaced and is hard of hearing, and the couple are no longer able to travel to their famed Daphne Island in the Galapagos every year.

But they remain as excited as ever.

"There is enormous scope for further work," Peter Grant said. And even if he and Rosemary will have to study them from afar, they insist the tiny birds - and their beaks - have more secrets to reveal.