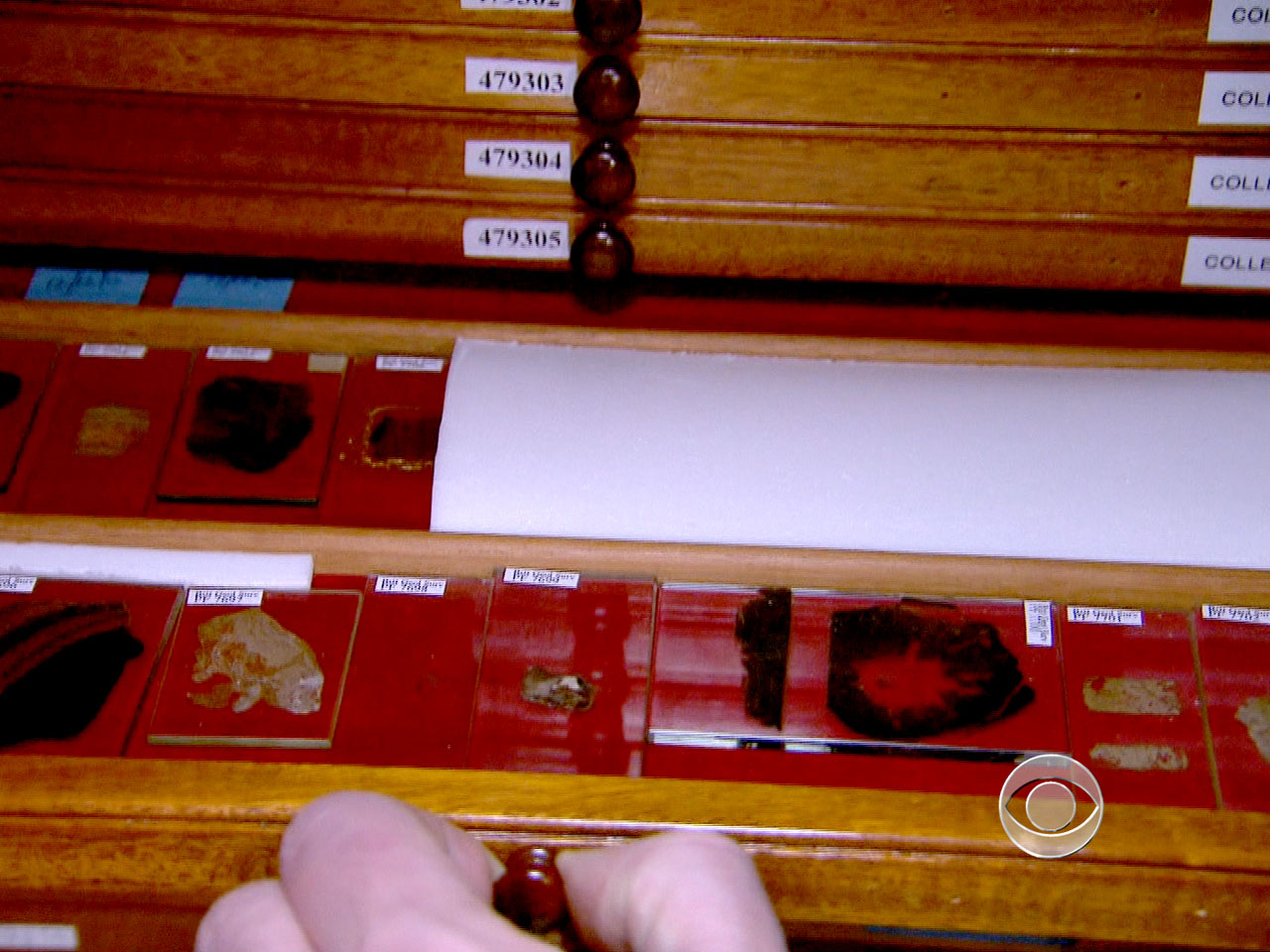 It is a story of a scientific rediscovery. It's a tale that includes with the father of evolution and his forgetful friend, as well as an once-in-a-lifetime find by a British researcher.

CBS News correspondent Mark Phillips reports that it's the gate to a discovery by one of the world's great scientists, that's been lost for a long time.

Howard Falcon-Lang spends a lot of time in a warehouse of the British Geological Survey, where he does research. He says there are always "a few surprises."

Howard was walking along one row when he spotted an old wooden cabinet hidden in a forgotten corner.

"Well, as any curious person would do, I just pulled open the door without breaking it, and found a series of drawers containing hundreds of rock samples," Falcon-Lang says.

Normal enough stuff, until he took one out.

"I held it up to the light and tried to make out the words on the slide and there was the signature: C. Darwin, Esquire," Falcon-Lang says, adding he could "hardly believe it. My heart was pounding all around my body."

They were actual samples collected by the Charles Darwin during his five-year voyage in the 1830s on HMS Beagle, where his observations of wildlife and fossils, particularly on the Galapagos Islands off South America, lead to the development of his theory of evolution that shocked the world.

Most of the evidence Darwin used has been well documented, but the samples Howard Falcon-Lang accidentally found had been lost because Darwin entrusted them to a fellow scientist, J.D. Hooker, perhaps the original absent-minded professor.

Hooker committed the cardinal sin of failing to number his fossils, and as a consequence this collection has just been stuck in drawers for 165 years.

There are more that 10 million rock samples in this warehouse packed in boxes and stacked on shelves, all of them catalogued, except for some that slipped through the cracks - some of the most important ever found.

They're now found, and being studied, again.