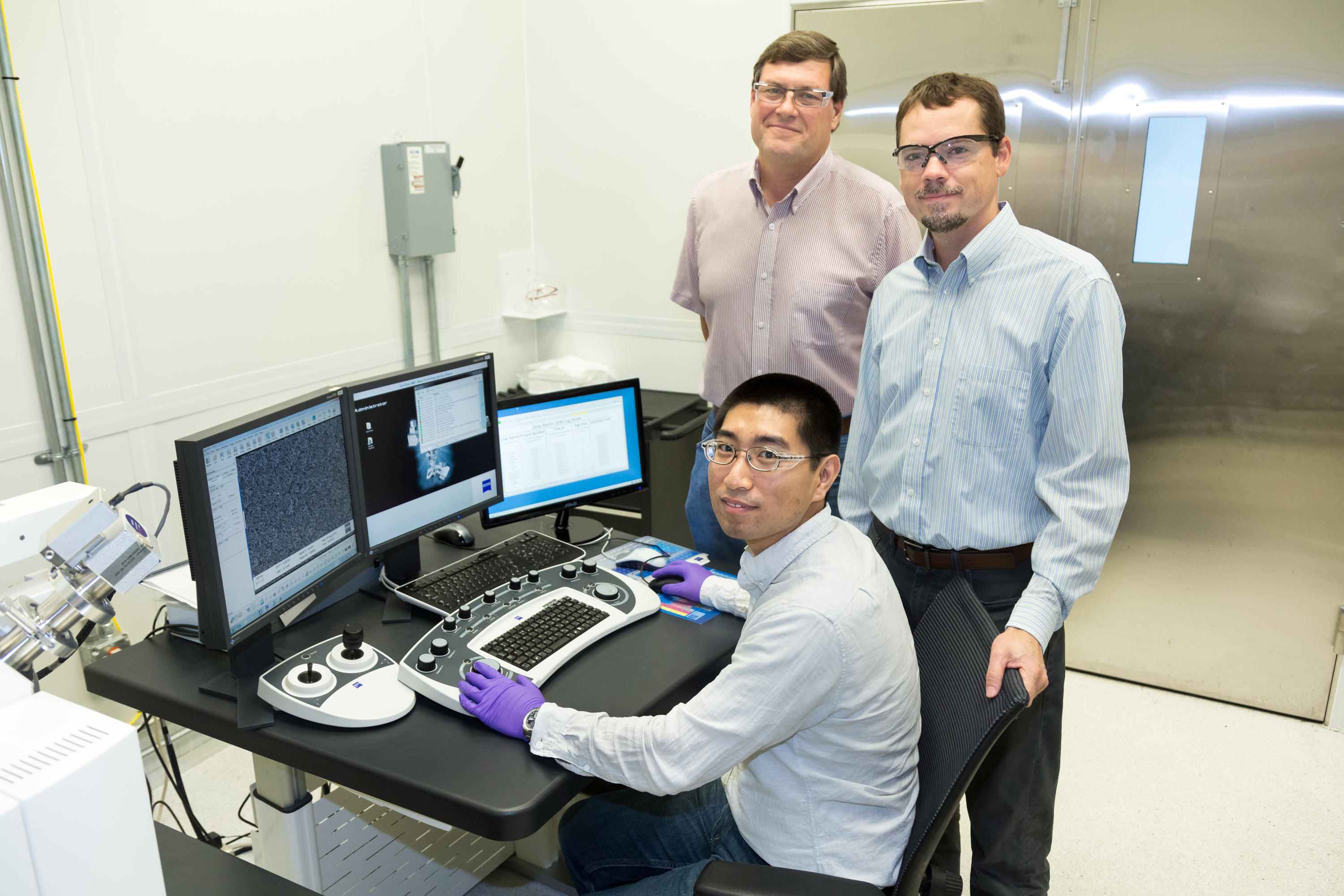 In an unexpected twist of fate, scientists at the Department of Energy’s Oak Ridge National Laboratory have developed a process to turn carbon dioxide, a greenhouse gas, into ethanol fuel — a breakthrough with implications for the future of renewable energy.

That discovery, which occurred in 2014 and has been replicated multiple times since then in the nanotechnology lab Oak Ridge, Tennessee, is explained in full in a new study published in ChemistrySelect.

The finding was serendipitous, lead study author Adam Rondinone explained to CBS News. His team was testing another chemical reaction, using nanotechnology and electricity, when they discovered a process that turns carbon dioxide into ethanol.

Specifically, the team says it used a catalyst made of carbon, copper and nitrogen and applied voltage to trigger a complex chemical reaction that essentially reverses the combustion process. With the help of the nanotechnology-based catalyst, the solution of carbon dioxide, dissolved in water, becomes ethanol.

The ethanol was a big surprise, he said, as it’s “it’s extremely difficult to go straight from carbon dioxide to ethanol with a single catalyst.”

“The way Mother Nature typically works is the simplest, easiest reaction to occur is the one that’s most likely to occur, and the heavier molecule is not favorable. It’s an unexpected result,” Rondinone said.

The implications are exciting. The technique uses low-cost materials and operates at room temperature in water, meaning it can conceivably be scaled up for all kinds of industrial applications.

For starters, the process could prove useful in making the power grid more sustainable.

The electric grid, constantly taxed by the challenging of balancing energy input and output, does not store energy. Thus, the amount of renewable energy, which varies greatly, on the grid is inherently limited.

The newly discovered process could be used to store excess electricity generated from renewable sources like solar and wind, Rondinone said.

“Utilities are always attempting to balance generation versus load, producing versus using. We’re proposing this as an opportunity to balance on the load side. If there’s extra energy, it can be converted to ethanol and distributed and used with our current system,” he said.

Going forward, Rondinone said he hopes other teams of scientists can take his team’s discovery and expand on it in ways in creative ways.

“We are basic scientists doing nanotechnology,” he noted. “We don’t do big prototypes, industrial prototypes. We do small experiments to understand the science.”

“This is a good example of publicly funded science,” he said.