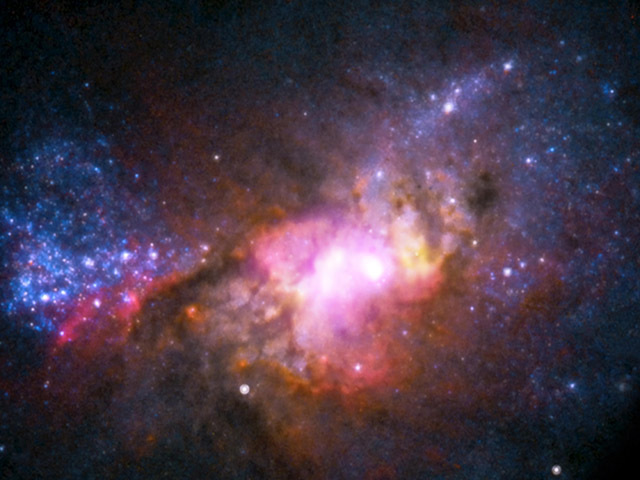 CAPE CANAVERAL, Fla. - After decades of scouring the universe, astronomers finally have found two immense clouds of gas that are pristine - free of the metals fired out into the cosmos by stars.

The findings, published in Thursday's Science journal, provide the first solid detection of primitive, uncontaminated gas and support the long-standing theory as to how the chemical elements were formed in the early universe. It is these types of pure gas clouds that formed the first stars.

The research also suggests that stars have not succeeded at distributing metals throughout the entire cosmos; astronomers consider metals to be heavier elements like carbon, silicon, iron, even oxygen.

A separate study in the same issue of Science concludes the early stars were much smaller than thought - tens of times bigger than our sun, versus hundreds of times bigger.

"There's kind of been this missing link in this picture of how elements form. We haven't been able to detect what we expect to be out there, which is otherwise primordial material, stuff that would be metal-free," said co-author J. Xavier Prochaska, an astronomer at the University of California at Santa Cruz.

"This is the first solid detection of such gas," he said in a phone interview. "It's something we expected to find at some level, but it has been challenging to find it."

The two pristine gas clouds were formed 2 billion years after the Big Bang creation of the universe. Prochaska, along with lead author Michele Fumagalli, a graduate student at Santa Cruz, and John O'Meara, an astronomer at Saint Michael's College in Colchester, Vt., discovered the two clouds by analyzing light from quasars. They used the Keck Observatory in Hawaii.

Nothing heavier than hydrogen and its heavier isotope deuterium was found, in any sizable amount, in the two clouds. The researchers did not have the means to detect helium, but suspect it's there in abundance. The virtual absence of heavier elements or so-called metals - which they did have the ability to see - confirms the clouds are pristine, they said.

Many more are out there "for sure," Prochaska noted. These two particular clouds are not dense enough to become stars - yet. They would have to fall into a galaxy and transform into a cloud of molecular hydrogen, before giving birth to new stars.

The researchers identified 50 potential candidates, of which just these two clouds were essentially metal-free. "We've just started," Prochaska said. "I expect even today, in our current universe, there should be regions that are completely unpolluted" because of the vast expanse of so-called empty space between galaxies, he added.

"Galaxies and stars really don't fill up much of the volume of the universe. We're rare," he said. "Our Milky Way is an island, if you will, in the vast expanse of the universe, so there's plenty of volume in the universe which is far, far away from galaxies." The study that concluded the first stars were not nearly as big as envisioned was conducted by a Japanese-U.S. team led by Takashi Hosokawa of NASA's Jet Propulsion Laboratory in Pasadena, Calif., and Kyoto University.

University of Texas astronomer Volker Bromm, who was not involved in either study, said the separate results may well tie together.

His own team at Austin reached similar findings, recently, on the diminished size of early stars. "Ten times the solar mass. Still, by all standards, very massive," Bromm said, "but a little less massive" than initially thought.