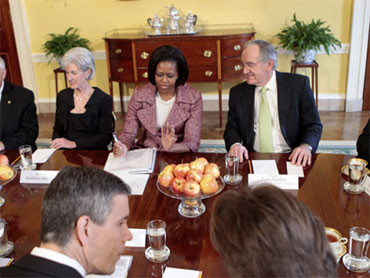 Schoolyard bullying is nothing new, but now some bullies have found a way to follow their victims home and intimidate them in what used to be a safe haven.

The Early Show national correspondent Thalia Assuras explains how the Internet is a new tool for schoolyard bullies.

"They often threatened me, told me they'd kill me," she says.

She was a target of old-fashioned teen bullying, but with a high-tech twist. Her tormentors literally invaded her home, entering it online.

Jennifer is one of hundreds, perhaps thousands, of high school kids being harassed by their schoolmates in cyberspace, often through e-mail, instant messaging and cell phones.

Alane Fagin of the Child Abuse Prevention Services says, "Being bullied in cyberspace can be extraordinarily devastating. We have kids really afraid to go to school as a result of the bullying. They live in isolation. They're not sure who their friends are."

High school student Rob Tubbs, another victim, says, "I must say I was freaked out by it." He encountered angry accusations from someone he thought was a friend.

Rob says, "One of them started lashing out and calling me a homo and telling me something that I didn't do to them. They said that I kissed them in the middle of the night, which I didn't do."

Rob's online bully also threatened him. He wrote, "The Bible says homos should burn at the stake. So you come near me, I am gonna light you up." That kind of talk may be just that -- talk, but it left its mark.

Rob says, "It's my personal space and it's the computer and I'm supposed to feel semi safe on the computer because I'm just at home. And they made me feel unsafe."

Fagin says, "There's no safe place anymore. You can be bullied 24 hours a day, seven days a week, even in the privacy of your own bedroom."

And there's more: Bullies are also using camera phones as weapons, as a scene from the TV drama "Law & Order" recently dramatized.

Principal Ismael Villafane of Guilderland High School in Guilderland, N.Y., says, "Now everybody can take a picture. You don't even have to download it into your computer. You can just e-mail it from your cell phone to a computer or somebody else's e-mail."

Some pictures even wind up on Web sites with invitations for people to log on and make comments. Often, kids use aliases, which means the bully is difficult to catch, another source of anxiety for victims.

Jennifer says, "I have gone to teachers, I have gone to my parents. They can't stop it. Like, if a kid wants to threaten you, they will. They keep doing it and they have."

For Jennifer's parents, the harassment has taken a toll.

And since cyberspace is technically off school grounds, many principals, when they do learn of it, say their hands are tied.

Fagin says, "Cyberbulling is under the radar of many adults and school administrators."

But some are confronting the high-tech bullies, working with kids, parents, Internet providers and even police.

Principal Villafane says, "We want them to know that if they come to us, we'll follow up. We take everything seriously, especially after Columbine and other incidents across the nation."

Nevertheless, with the anonymity provided by the 'Net, cyberbullies may have the upper hand.

Jennifer notes, "Anyone can bully you. I think so. Anyone."

And the real solution may take a while, just as it does with schoolyard bullies.

Jennifer's father says, "I just can't wait till she grows up."

There are no hard statistics in the United States, but a study done in England found that one in four children have been bullied or threatened through their mobile phone or computer.