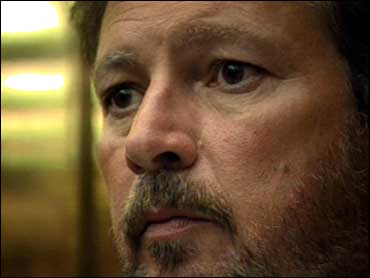 By all appearances, Mel Spillman was a man of exceptional means. On weekends he was a fixture on the vintage race-car circuit.

He owned a gated home in an exclusive neighborhood of San Antonio and he raced vintage cars. He had five Ferraris.

But Spillman, 55, wasn't a Texas tycoon. He was a courthouse clerk, who processed wills and estates for the county. He made $33,000 a year. "It was just another county job," Spillman says.

How could this mild-mannered courthouse employee afford such a lavish life style? By stealing from the dead.

Assistant District Attorney Cliff Herberg says Spillman stole at least $4.9 million. "It's an original concept that was bold in execution, stunning in its duration, and devastating in its loss. I mean it's just a huge case," Herberg says.

The scam was simple yet clever. When someone died in the county and the body went unclaimed, Spillman's job was to track down the rightful heirs. If there were none, he was to bury the body, liquidate the estate, and turn over whatever assets were left to the county. But he didn't do that. Instead, he took what the dead left behind, and claimed it as his own.

"(It was) very easy to do, as long as you have the proper paperwork. I mean I had the court seal. I had the form," he says.

He would just create a letter of administration on his home computer, forge a signature, and affix the seal. Armed with forged papers displaying court seals, Spillman could enter a bank and seize the assets of the dead.

"He was very good. He knew the system," says Herberg. "He knew from practical experience; he knew the people involved, and he knew the legal side of it. He was on the inside." Herberg estimates that Spillman defrauded as many as 120 estates.

Tom Speer, Spillman's longtime mechanic on the racing circuit, knew first-hand about the costs of such a hobby. "He never once said anything about, 'How much is this?' Or 'How much is that?'" says Speer, who also says he didn't question Spillman too closely. "I consider it plumb bad manners to ask a guy where he gets his money. I didn't care."

Most of the money went to the ultimate object of Spillman's desire: Ferraris. His home was a shrine to the Italian race car. Most of his house is decorated with photos of Ferraris. In his bedroom is a silk-draped picture of a Ferrari, over the bed.

The few areas of the house not filled with Ferrari memorabilia were decorated with antiques – some very expensive - stolen from estates. "To me it was just like buying it at auction. I mean it would have been sold to somebody anyway," Spillman says.

Spillman says he did feel remorse, but convinced himself he was doing more good than bad: "I said 'I shouldn't be doing this but at least I'm getting people that need to be buried, buried. Nobody else cared about 'em.'" He says.

Flo Kologee calls that a lie. When her aunt died in 1997, Spillman took control of her $150,000 estate but failed to notify any family members. She didn't find out about her aunt's death until almost eight months after the fact.

"It was just devastating to find out she was gone all this time and we didn't know about it," she says.

Kologee later learned Spillman had handled the burial. He said Kologee's aunt had left no provisions in her will for any relatives. The forged will asked that after her bills were paid, the rest of the money should be divided among a group of charities. But no charities received any money – it all went to Spillman.

"The money doesn't mean anything," says Kologee. "He took the privileges away from us for grieving for our deceased relative and paying the final respects to them."

Most troubling about the scam, says San Antonio's district attorney, Susan Reed, was that it occurred within the system. "There was no check in place," she says.

Technically, there wasn't even a job. In 1988, Spillman's position had been eliminated. His responsibilities were supposed to have been assumed by other employees, but amazingly, no one at the courthouse seemed to know that.

"They went on as if I should still be handling it," Spillman says. And so he did, from his home, unsupervised, for 14 years.

"They knew Mel Spillman. They had known Mel Spillman for 20 years. And that's what it was; it was an abuse of trust," says Herberg.

"Obviously, I took advantage of it but it was kind of handed to me 'cause nobody cared," Spillman says.

"It doesn't mean you have to take advantage of it," Reed responds.

The scam began to unravel after paperwork addressed to "Mel Spillman, Court Administrator" was inadvertently delivered to the courthouse. Investigators quickly set up a sting operation, which included surveillance video inside a bank.

Spillman was arrested and charged with tampering with government records, impersonating a public servant, and forgery.

"It was a stupid, greedy thing I did. And I have to pay the consequences," says Spillman, who pled guilty, avoiding a costly trial.

His cars and house have been seized, and Spillman says he has only about $100 left. Recently a judge handed down the maximum sentence: 10 years in state prison.

For Kologee, that isn't enough. "He can sit in jail until he rots," she says, "but it will never correct the damage that he's caused."