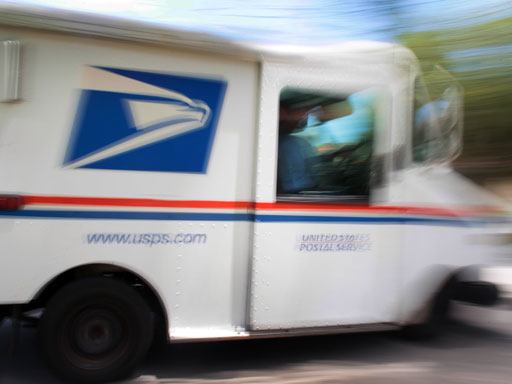 WASHINGTON - The Postal Service overstated its potential savings from eliminating Saturday delivery, a proposal that would slow delivery of about 1 in 4 letters, the independent Postal Regulatory Commission said Thursday.

The post office lost $8.5 billion last year and is seeking ways to cut costs, including its proposal to end Saturday mail. Postmaster General Patrick R. Donahoe said that despite the report he would continue supporting the idea, which must be approved by Congress.

Donahoe also announced a series of other savings Thursday that he will impose, including eliminating about 7,500 administrative and executive jobs and the closing of seven district offices across the country that handle managerial functions. He said he expected the changes to save $750 million annually.

Officials said they hoped to eliminate the jobs by offering buyouts, but did not rule out that some workers would be laid off.

Donahue said additional staff reductions would also occur, but he provided no details.

Congress last year asked the regulatory commission to study the proposal for ending Saturday service. The commission's view on the issue is not binding.

In Thursday's report the commission said the post office's $3.1 billion per year estimate of savings from cutting Saturday delivery was overstated by $1.4 billion. Part of that was because the postal service underestimated the losses it would suffer from handling less mail, the commission said.

The commission warned that eliminating Saturday delivery would result in 25 percent of all first-class and priority mail being delayed. It also said that the Postal Service did not evaluate the impact of the proposal on customers in rural or remote areas.

Donahoe responded that reducing deliveries to five days is a key part of the agency's plan for the future.

"The Commission's opinion is advisory only and therefore is not a final determination on the merits of our proposal. We remain convinced of our findings. As such, we will also continue to press our case with the Congress on this matter," Donahoe said in a statement.

Over the past two years, the postal service has eliminated 105,000 full-time positions, mostly through early retirements and attrition.

The regulatory commission's report was signed by all five commissioners.

In an interview, Chairman Ruth Goldway said the commission suggested that if the post office does cut Saturday delivery, it make exceptions for busy periods like the Christmas holidays and when ballots for elections are being mailed.

She also noted that many rural weekly newspapers have a special concern with Saturday delivery. If it is to be ended, she said, the commission urged that the post office allow private services to place the newspapers in people's mailboxes. Currently only the Postal Service is allowed to place items in individual mail boxes.

The seven district offices that are closing are Columbus, Ohio; Troy, Mich.; Carol Stream, Ill.; Providence, R.I., Macon, Ga.; Billings, Mont. and Albuquerque. Officials hope to close the offices this year. The functions of these offices will be assumed by other district offices.

The postal service said it will offer a financial incentive program to eligible employees to take early retirement.