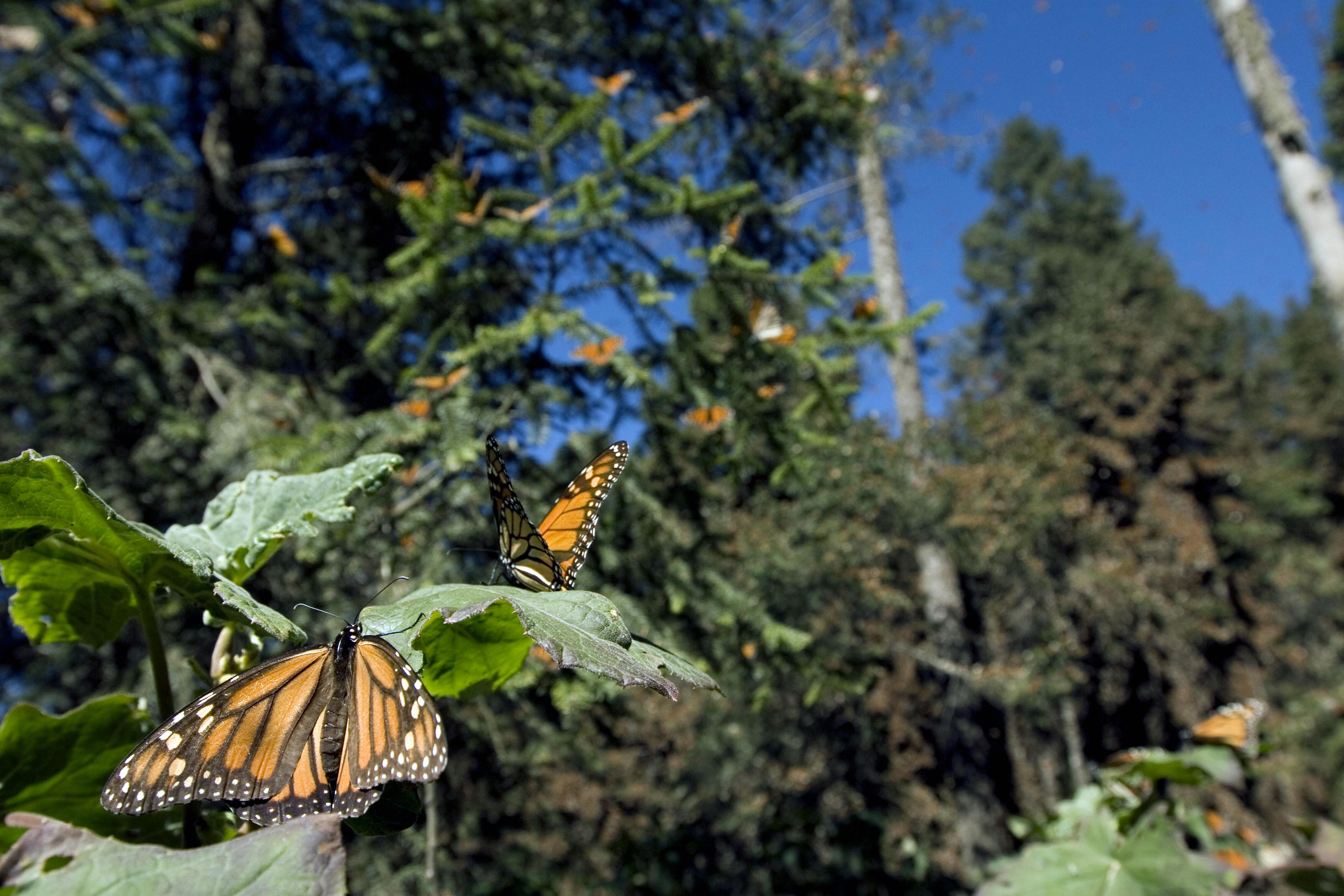 The federal government announced plans Monday to protect hundreds of thousands of acres across the country to save the threatened monarch butterfly.

The monarch population has gone from an estimated billion butterflies in the mid-1990s to only 35 million last winter, according to the Center for Biological Diversity. Much of that decline is due to threats along their migratory paths and on their breeding and wintering grounds, including the loss of milkweed, the monarch caterpillar's sole food source. The accelerated conversion of the butterfly's native short and tallgrass prairie habitat to crop production has also had an adverse impact.

In December, the government announced it would consider listing monarch butterflies under the Endangered Species Act. That would provide protection for the butterfly's habitat and prohibit killing or collecting them as well as the interstate or international trade of them except under a federal permit. In January, conservationists warned the annual migration of millions of Monarchs to spend the winter in Mexico is in danger of disappearing after numbers dropped to their lowest level since record keeping began in 1993.

Now, insisting the iconic insect known for its marathon migrations can be saved, U.S. Fish and Wildlife Service is teaming up with two conservation organizations to spend $2 million this year for on-the-ground conservation projects around the country.

"We can save the monarch butterfly in North America, but only if we act quickly and together," Dan Ashe, the director of the U.S. Fish and Wildlife Service, told reporters. "And that is why we are excited to be working with the National Wildlife Federation and National Fish and Wildlife Foundation to engage Americans everywhere, from schools and community groups to corporations and governments, in protecting and restoring habitat. Together we can create oases for monarchs in communities across the country."

From California to the Corn Belt, the Service will spend the money to plant milkweed on more than 200,000 acres of monarch habitat, running through private and public land, especially along the I-35 corridor from Texas to Minnesota. These areas provide important spring and summer breeding habitats on a main migration route. The plan will also protect monarch habitat from being converted to farmland.

At the same time it will support over 750 schoolyard habitats and pollinator gardens.

"These projects will not only help us leverage expertise and resources for engaging critical partners on restoring the monarch," said Ashe. "We will also reach out to millions of Americans on both the challenge involved and how they can help. Together, we will make sure that the monarch continues to be a welcome sight across America."