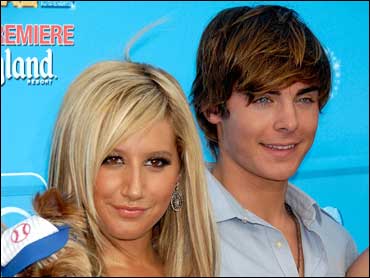 In 1832 an American naval lieutenant, a man of fiery temperament and independent means, sought out the most prominent sculptor in Paris and commissioned an imposing statue of Thomas Jefferson.

Although he was spending his own money and had no official commission to act, the officer intended the statue to be a gift to Congress and the American people.

Two years later, Uriah Phillips Levy, by then a commander, took his single-minded devotion to the author of the Declaration of Independence one giant step further.

Levy purchased Monticello, the third president's mountaintop home in Virginia. The Levy family owned the house for the next nine decades, preserving it for the future and keeping Jefferson's masterful architecture largely untouched.

The story of the statue and the house is told in "Saving Monticello, The Levy Family's Epic Quest to Rescue the House that Jefferson Built," by history writer Marc Leepson.

Levy, who built a fortune in New York City real estate, never fully explained why he bought the house where Jefferson died in 1826, deeply in debt. But religious belief may have played a part.

Writing from Paris in the fall of 1832 he called Jefferson "one of the greatest men in history" and the statue "a small payment for his determined stand on the side of religious liberty."

Born in 1792 in Philadelphia, Levy was a fifth-generation American, the descendent of an accomplished Jewish family that arrived in 1733. He joined the Navy as a midshipman during the War of 1812.

Levy's naval career was stormy. He killed a man in a duel, reportedly after taking offense at anti-Semitic remarks. He was court-martialed six times, but always was returned to duty. He reached the rank of captain by the time of his death in 1862.

In Paris, Levy borrowed a Thomas Sully portrait of Jefferson from the Marquis de Lafayette and made it available to sculptor Pierre-Jean David D'Anger for use as a model.

The bronze statue D'Angers made stands 7½ feet tall. It shows a standing Jefferson holding a quill pen in his right hand and the Declaration of Independence in his left.

Back in the United States, Levy presented the completed statue to Congress after adding an inscription identifying himself as the donor.

But some called the proposed gift presumptuous, saying the lieutenant held too humble a rank to be giving statues to governments.

Others objected to a Jefferson statue when no statue of George Washington was yet in the Capitol. Some complained the statue was not a good likeness. Still others may have objected on grounds of Levy's religion.

In the end, while many House members opposed the gift, it was accepted on a 69-55 roll call and placed in the Capitol Rotunda.

But in 1847, the statue found an admirer in President James Polk, who called himself a Jeffersonian. Polk ordered the statue removed from the Capitol and set up in front of the White House.

"It remained there for 27 years, the only monumet to a president ever to stand within the immediate enclosure of the White House," historian William Seale wrote in "The President's House."

Levy's testimony to Jefferson remained through the Civil War and presidents of both parties.

By 1874 more than a quarter-century of summer thunderstorms and winter freezes had taken a toll. Jonas Levy, the commodore's brother, demanded that Congress either give the statue a safe harbor or return it to the family.

Rather than do that Congress cleaned it up, hauled back to the Capitol and installed in the Rotunda, where it remains.

After much turmoil, including the seizure of the house by the Confederate government during the Civil War, Monticello became the property of the captain's nephew, the appropriately named Jefferson Levy.

Leepson writes that Jefferson Levy soon was subjected to a campaign, accompanied by anti-Semitic slurs, to persuade him to sell.

In 1923, Monticello was transferred to the Thomas Jefferson Foundation, which continues to make it open to the public.

The story of the Levy family's stewardship is inscribed on a plaque installed at Monticello in 1985 near the grave of Rachel Levy, Uriah Levy's mother. It reads in part:

"At two crucial periods in the history of Monticello, the preservation efforts and stewardship of Uriah P. and Jefferson M. Levy successfully maintained the property for future generations."

By Lawrence L. Knutson © MMI The Associated Press. All Rights Reserved. This material may not be published, broadcast, rewritten, or redistributed