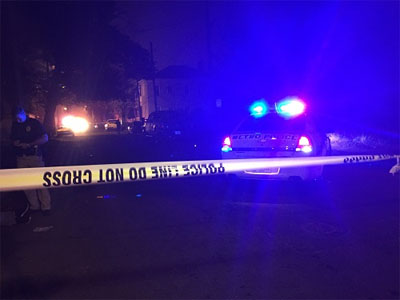 SAVANNAH, Ga. -- Savannah detectives are seeking leads from the public in a shooting that left a woman dead and three other people injured.

Savannah-Chatham Metropolitan Police said in a statement that officers responded to reports of a shooting along West 33rd Street early Wednesday morning.

The other three victims were taken to Memorial University Medical Center with wounds police described as not life-threatening.

Police said detectives believe there were at least two shooters, but the circumstances of the gunfire were not immediately clear.