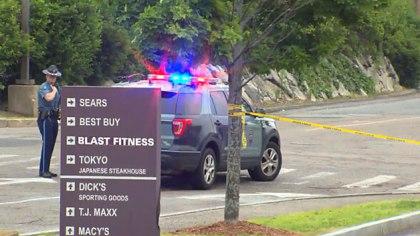 SAUGUS, Mass. -- Police say a 16-year-old who allegedly broke into a mall in Saugus and stole a gun from a sporting goods store has been arrested.

The incident shut down Square One Mall for several hours Monday morning while authorities searched for who they believed was an "armed and dangerous intruder."

CBS Boston reports that state and local police were called to the area around 4:30 a.m. for a report of a break-in at the Dick's Sporting Goods.

Officers who encountered the teen inside the store said he was holding a long gun and ammunition he had taken from a display case. They backed off and called SWAT officers for assistance.

Chief DiMella said police conducted two sweeps of the mall out of an abundance of caution. Area schools briefly sheltered in place.

"Originally, we thought he was in the building," said Saugus Police Chief Dominic DiMella. "We had no reason to believe he got out of Dick's Sporting Goods store."

Shortly before noon, police announced the teenager had been arrested in Everett. The weapon he was seen with has not been recovered.

The mall's opening was delayed. Police say Dick's Sporting Goods will likely remain closed as the area is being treated as a crime scene.