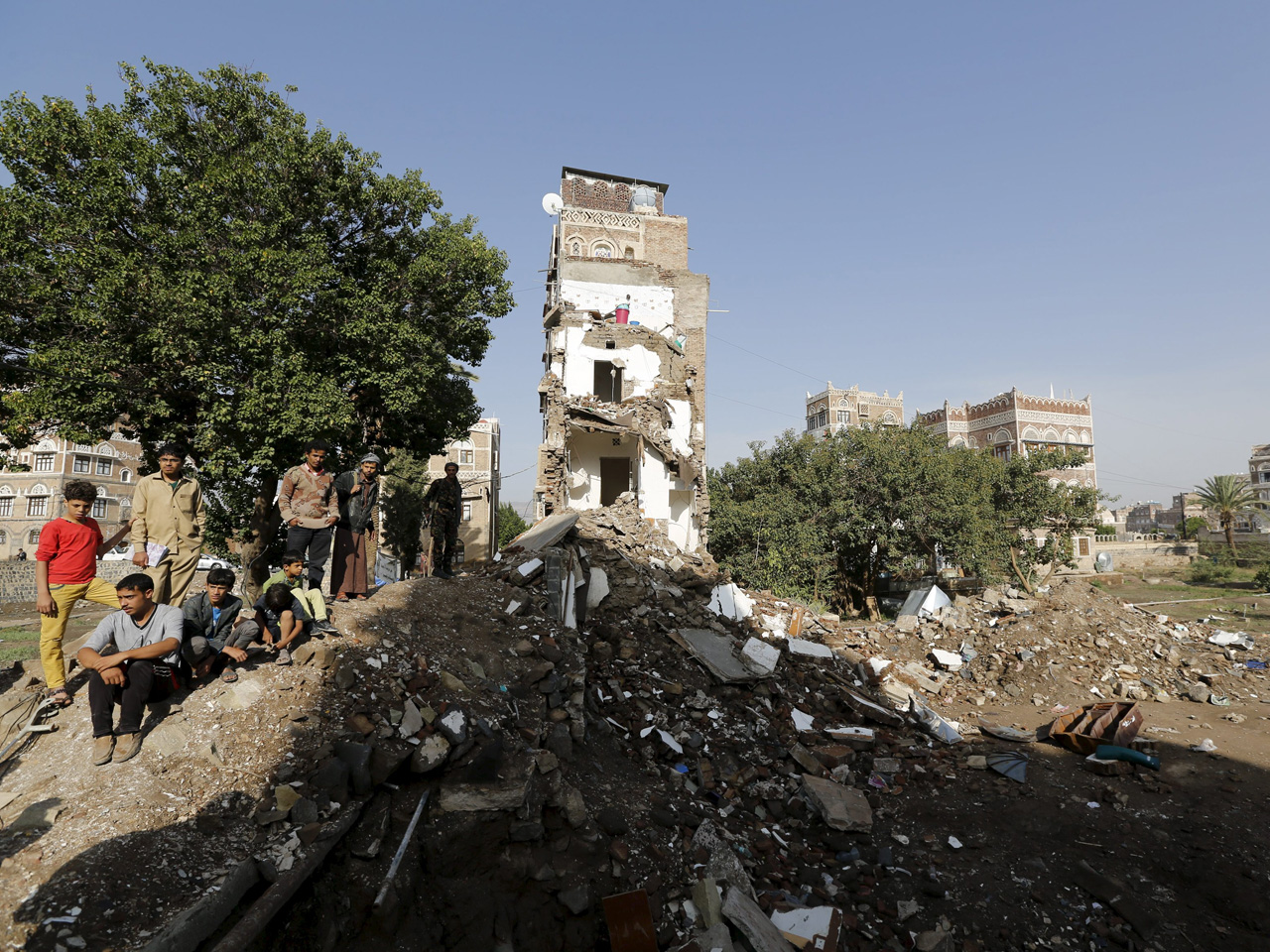 The officials said the incident happened late Saturday as the fighters were on a coastal road heading toward the embattled city of Zinjibar in southern Yemen.

The Saudi-led, American-supported coalition began launching airstrikes in March against the Shiite Houthi rebels and their allies, who control the capital and much of the country's north.

The United Arab Emirates said Saturday that three of its soldiers were killed while taking part in a Saudi-led campaign.

The statement carried by the official news agency WAM did not say how the soldiers were killed or whether they died in Yemen.

The ruler of the emirate of Ras al-Khaimah led funeral services for the three corporals on Sunday. A total of five Emirati soldiers have been killed in battle since March.

Yemeni security officials have said that Saudi, Emirati, Egyptian and Jordanian military advisers are training hundreds of fighters at a military base near the Yemeni port city of Aden.

All officials spoke on condition of anonymity because they were not authorized to speak to journalists.