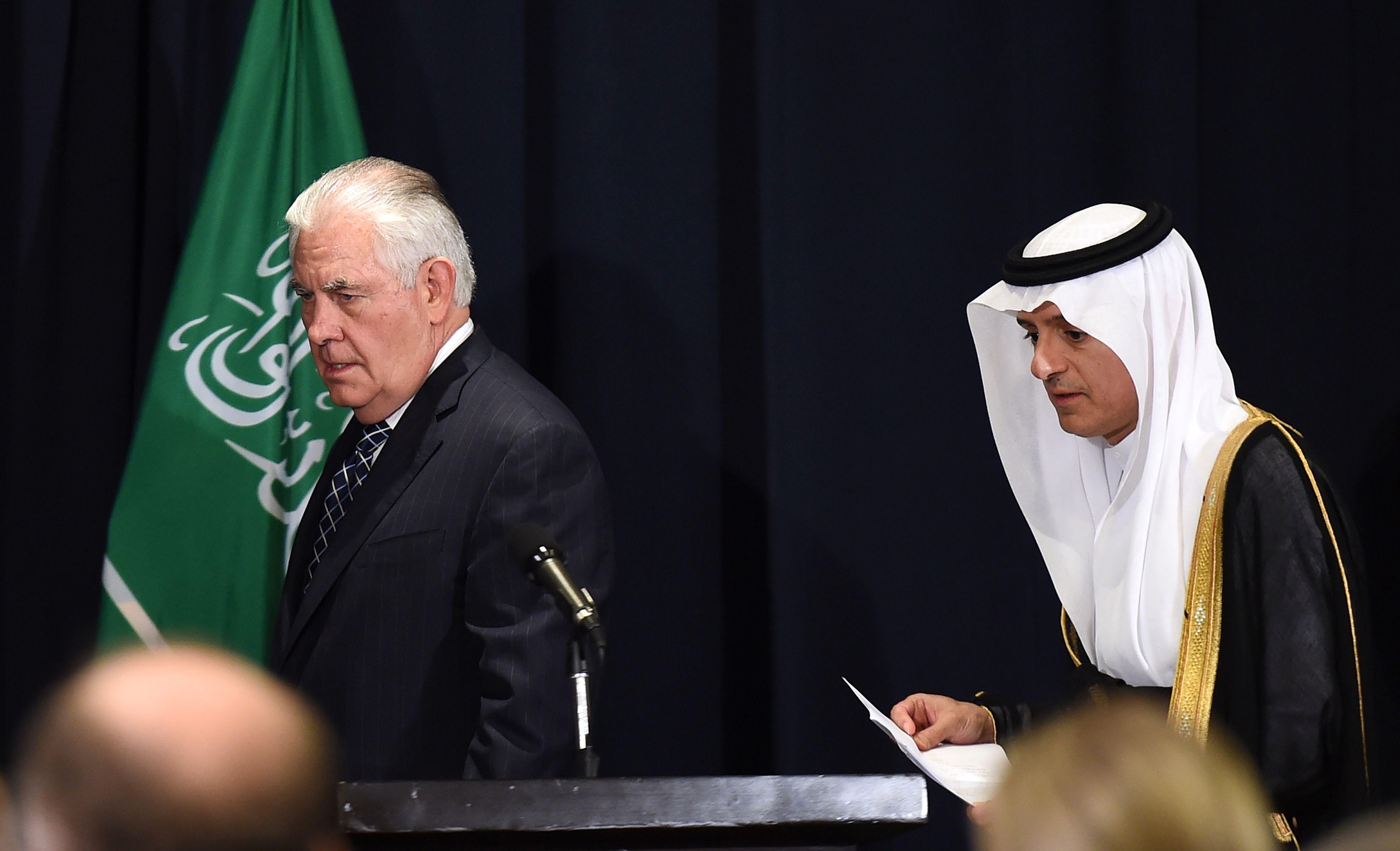 Secretary of State Rex Tillerson said he's never shut off the phone to Iran -- or to any country that wants a "productive conversation" -- in a joint press conference Saturday in Riyadh with Saudi Arabian Foreign Minister Adel bin Ahmed Al-Jubeir.

Tillerson made the comments moments after President Trump signed a $110 billion arms deal with Saudi Arabia, Iran's adversary, to combat terrorism in the Gulf Coast region and counter Iran. The agreement, as well as the president's selection of Saudi Arabia as his first country on his first foreign trip, mark a strengthening relationship between the U.S. and Saudi Arabia.

"In terms of whether I'd ever pick the phone up, I've never shut off the phone to anyone that wants to talk or have a productive conversation," Tillerson said of Iran, asked if he was shutting off diplomatic contact with that country.

"In all likelihood, we will talk, at the right time," he continued.

Tillerson said the arms agreement signed moments before, which will provide Saudi Arabia with border security and counterterrorism tools, cyber security capabilities and air and missile defense equipment, "reduces the burden" on the U.S. to provide those same tools and "lowers the demand on our own military." Tillerson also emphasized the deal will create jobs in the U.S. defense sector.

Mr. Trump's first trip abroad comes at a time of turbulent politics at home. Moments after Air Force One took off, the New York Times reported that the president told Russian diplomats firing "nut job" FBI Director James Comey relieved great pressure on him, and the Washington Post reported a current White House senior adviser is a significant person of interest in a law enforcement probe of any connections between Russians and Trump associates.

Tillerson said he didn't have any information on who the person of interest in the White House might be.

"I do not have any information or knowledge regarding the person of interest that's been referenced," Tillerson told reporters.

After visiting Saudi Arabia, the president and his team will travel to Israel, the reported source of the intelligence the president shared with Russian diplomats last week.