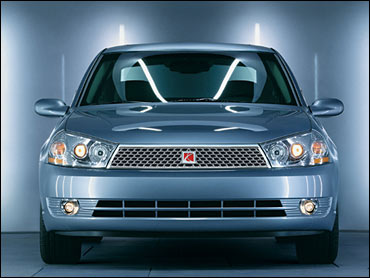 General Motors Corp. is recalling about 254,000 model year 2000-03 Saturn L-Series cars to correct an engine problem that has led to fires.

Of the cars, which are equipped with 2.2-liter engines, about 240,000 of the vehicles are in the United States and about 14,000 are in Canada, the world's No. 1 automaker said Tuesday.

GM will replace the ignition module and spark plugs. The company plans to begin notifying owners of the vehicles next month and instruct them to bring the cars to Saturn dealers.

Also, on 2002-03 models, GM said mechanics will reprogram the powertrain control module. The repairs will be done at no charge to the customer.

Some of these vehicles may misfire, which could lead to failures in the exhaust system. If the initial condition is not fixed and the vehicle continues to be driven, there could be further damage to the brakes, fuel system or other components.

Continued driving could result in a car fire, GM said. There have been seven reports of fires related to the problem, but no crashes, serious injuries or fatalities.

GM said early warnings signs of the problem are that the vehicle may be hard to start, that the overall power of the engine is reduced and that there is a change in idle. The "Service Engine Soon" light also would be flashing and there could be noticeable exhaust noise.

Owners should contact their Saturn dealers if they notice these problems, GM said.