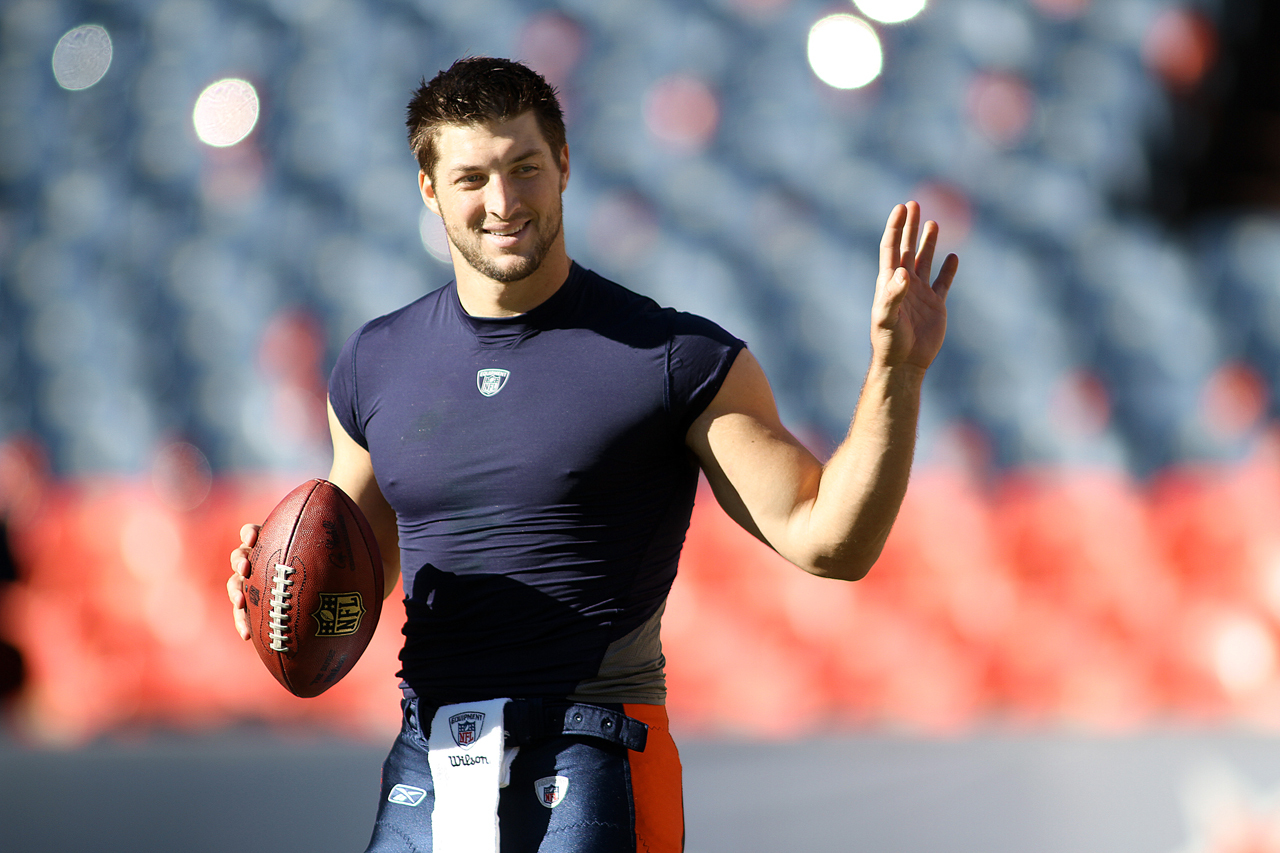 A source told HollywoodLife.com, "SNL realizes it would be HUGE ratings and they are hoping he will say yes. Tim just can't and won't be able to do it while the season is still in play."

The 24-year-old NFL star, known for his strong Christian beliefs, was recently parodied in an "SNL" sketch, much to the dismay of some Christian groups who spoke out against it. In the segment, Taran Killam portrayed Tebow, while Jason Sudeikis, playing Jesus, showed up in the locker room to rally the team.

Tell us: Would you like to see Tebow hosting "SNL"?

Check out the "SNL" Tebow parody: