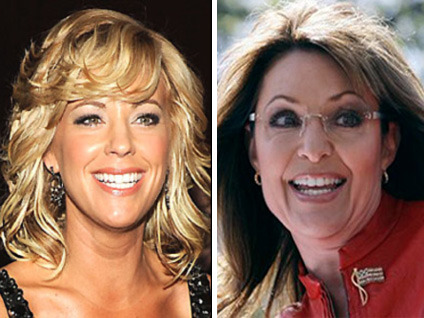 NEW YORK (CBS) Reality TV mom Kate Gosselin and her brood of eight have made their way up north to meet Sarah Palin.

According to In Touch Weekly, Gosselin and her children are in Alaska to film a special episode of Gosselin's reality TV show, "Kate Plus 8."

"Sarah, Kate and the kids will go camping," a source told the magazine.

Palin, who will soon have her own reality show under the same network, was said to be thrilled of the upcoming get together.

"She's excited because it will be fun and educational for the children. Sarah will even teach Kate how to avoid bears!" the source added.

Although TLC has yet to officially confirm the Gosselin-Palin camping trip, photos surfaced online of Gosselin and her kids at The Alaska Zoo in Anchroage, which is just 45 miles away from Palin's Wasillia stomping grounds.