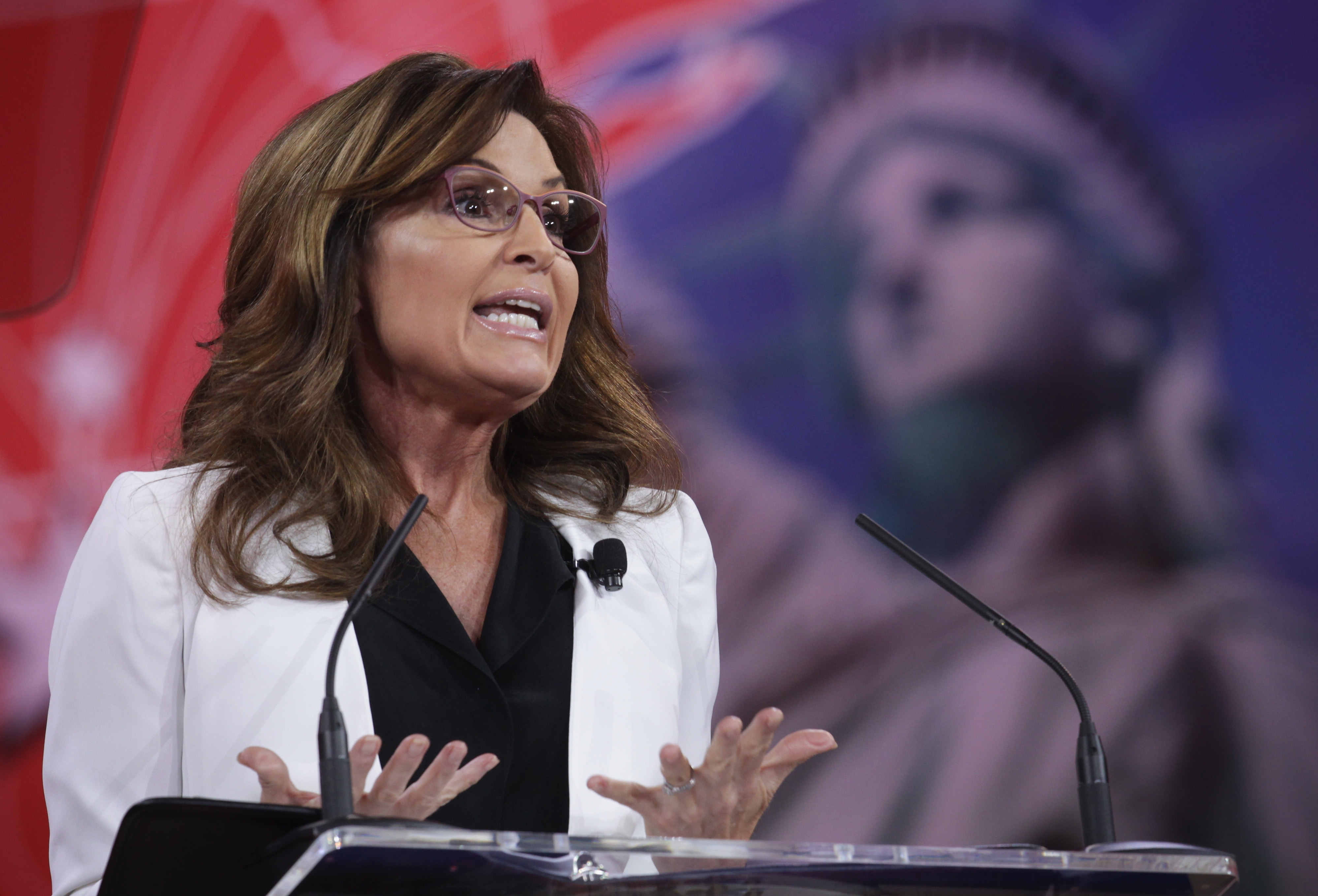 Sarah Palin is calling out the media for what she called "obvious double standards" in its coverage of Lena Dunham and Josh Duggar.

In a lengthy post published on Facebook, the former Alaska governor called Dunham a "pedophile" while also addressing the scandal surrounding the Duggars after Josh, now 27, confessed last month to molesting five underage girls (including his sisters Jessa Seewald, 22, and Jill Dillard, 24) when he was a teen.

"HEY LENA, WHY NOT LAUGH OFF EVERYONE'S SEXUAL 'EXPERIMENTS' AS YOU HAUGHTILY ENJOY REWARDS FOR YOUR OWN PERVERSION? YOU PEDOPHILE, YOU," Palin began her post.

"I'm not defending the Duggar boy's obvious wrongdoing over a decade ago. The main victim in any story like this isn't the perpetrator, it's the innocent ones so harmfully affected," Palin continued. "I'm not an apologist for any sexual predator, but I'm sickened that the media gives their chosen ones a pass for any behavior as long as they share their leftwing politics. Case in point, they suggest Lena Dunham's sexual assault on her sibling is cute, and she's rewarded for it with fame and fortune. Meanwhile, they crucify another, along with an entire family."

She also praised her daughter, Bristol Palin, for "having the guts" to call out "radical liberals in media" in a blog post of her own.

Sarah and Bristol Palin are referring to the uproar last year over passages in Dunham's memoir, "Not That Kind of Girl," in which the "Girls" star described looking inside her younger sister's vagina as an infant and bribing her sibling to kiss or lay on her. After critics accused her of molesting her sister, Dunham responded saying she "told a story about being a weird 7 year old" and called the claims "upsetting and disgusting."