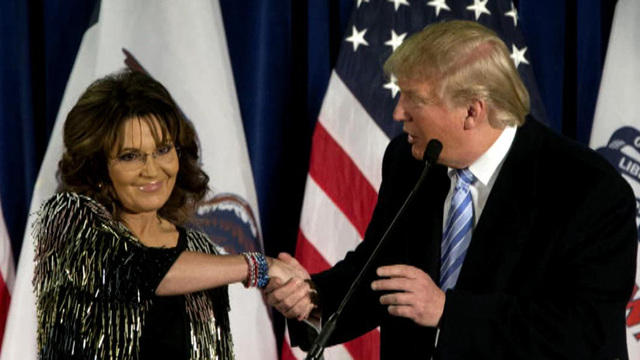 Sarah Palin says she’s “ecstatic for Carrier employees” over the deal cut by Donald Trump and Mike Pence to keep 800 manufacturing jobs in Indiana, but she nonetheless warned the incoming administration that “favoring one business over others” would set an “inconsistent, unfair, illogical precedent.”

The former Alaska governor and vice presidential nominee, in an opinion piece published on the Young Conservatives website, wrote that “a business must have freedom to locate where it wishes.”

“In a free market, if a business makes a mistake (including a marketing mistake that perhaps Carrier executives made), threatening to move elsewhere claiming efficiency’s sake, then the market’s invisible hand punishes,” Palin wrote. “Thankfully, that same hand rewards, based on good business decisions.”

However, she continued, “When government steps in arbitrarily with individual subsidies, favoring one business over others, it sets inconsistent, unfair, illogical precedent,” and in language that is uniquely Palin, she continued, “Meanwhile, the invisible hand that best orchestrates a free people’s free enterprise system gets amputated. Then, special interests creep in and manipulate markets. Republicans oppose this, remember? Instead, we support competition on a level playing field, remember? Because we know special interest crony capitalism is one big fail.”

Palin opined that choosing “recipients of corporate welfare” is “a hallmark of corruption,” and she pointed to the Obama administration’s financial support of failed solar company Solyndra. The country “can’t afford this sinfully stupid practice,” she warned, “so vigilantly guard against its continuance, or we’re doomed.”

Instead, change the policy, she advised. “Gotta have faith the Trump team knows all this,” she said, but Palin also demanded transparency on the Carrier deal. “And I’ll be the first to acknowledge concerns over a deal cut by leveraging taxpayer interests to make a manufacturer stay put are unfounded – once terms are made public.”