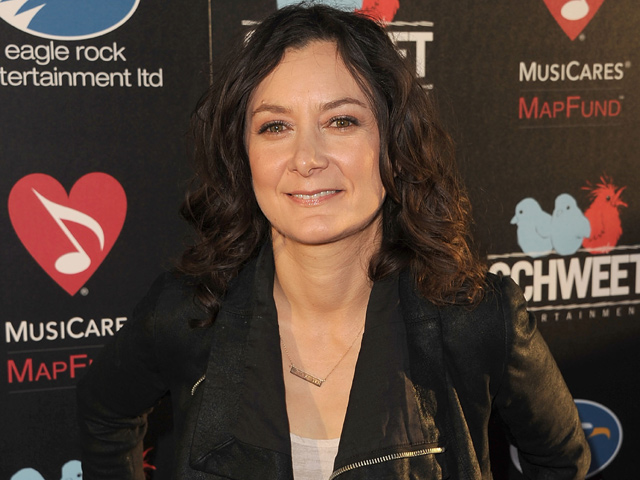 (CBS) Sara Gilbert confirmed speculations that she is in a relationship with Linda Perry on Wednesday's episode of CBS' "The Talk" - even though she would have rather waited to break the news.

"The other day I was just out, and the paparazzi were there," she said to her co-hosts as they looked at a photo of her and Perry, a musician, songwriter and producer, holding hands while out shopping, reports People.

The former "Roseanne" star said she was surprised that the news got out and that news sites even cared.

"All these articles are out that I'm in a new relationship," Gilbert told the audience. "I go online, and it's on CNN...it's weird."

Gilbert, who came out in 2010 and split from her partner, Allison Adler, of 10 years in August, did crack a joke about the whole debacle.

"I do want to share [the news] with you...but I want to do it on my terms, in full hair and makeup," she said making light of the situation.