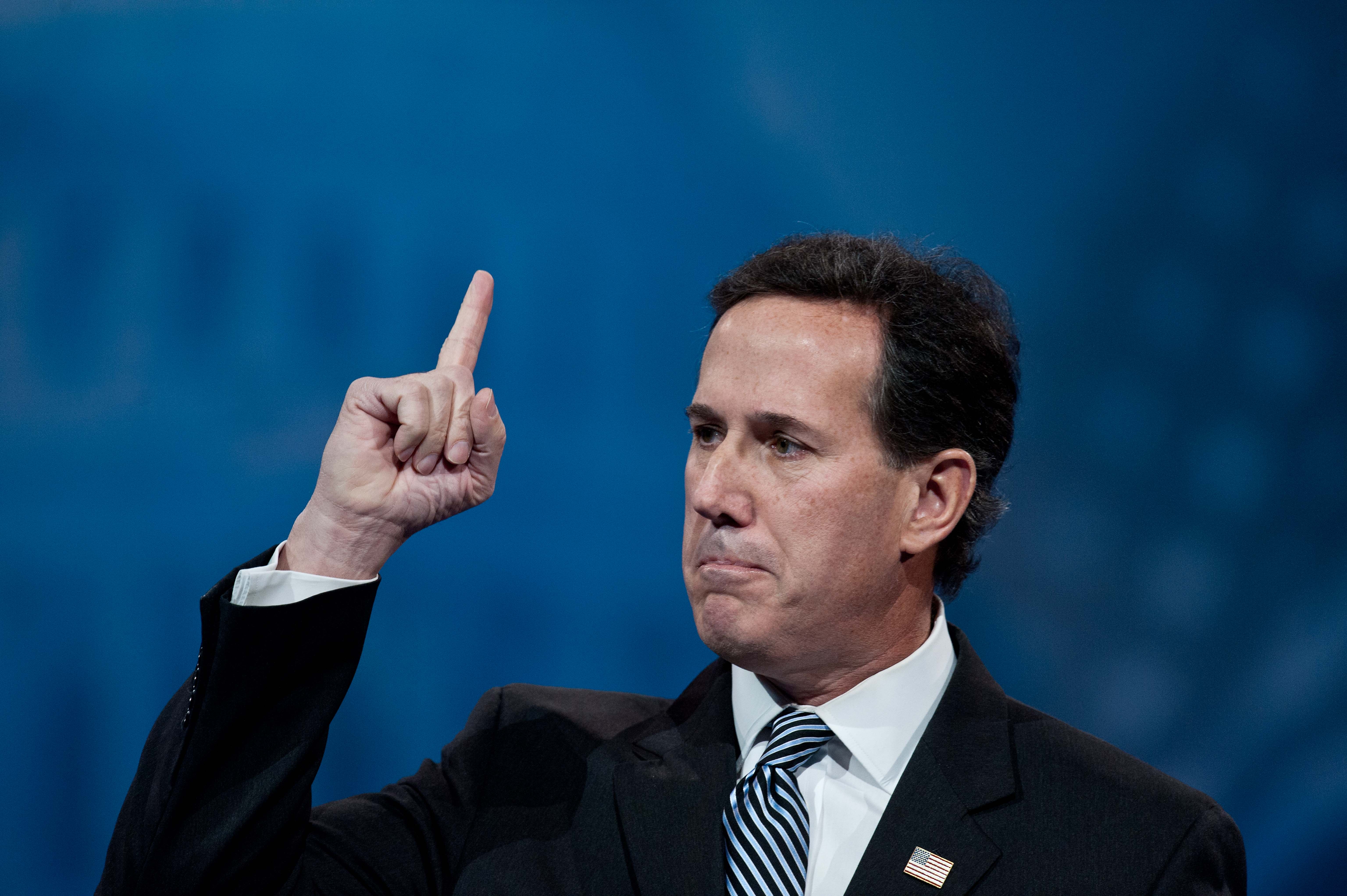 For Rick Santorum, it's hard not to wonder what might have been, had the headlines on Jan. 4, 2012 more accurately conveyed what had transpired the night before.

On the morning after the Iowa caucuses, media outlets around the country trumpeted Mitt Romney's "razor-thin victory," which he appeared to have achieved by a total of eight votes over the former Pennsylvania senator.

Romney’s triumph would be overturned two weeks later when Santorum was declared the winner by 34 votes. But by then, it had become much more difficult for the scrappy underdog to stop the momentum the front-runner had generated from his initial burst of post-caucus publicity.

In an interview with RealClearPolitics this week, Santorum explained how he would apply some of the lessons from his first run for president to a potential 2016 White House bid.

But before doing so, he reflected on how the underlying dynamic in the race for the 2012 Republican nomination might have changed had his unexpected Iowa win been recognized immediately for what it was.

“Clearly, it would’ve been different, not just for me, but for Romney,” Santorum said. “As you know, when he won Iowa and then won New Hampshire, it was, ‘Oh, it’s over. No one’s ever won those two and lost the nomination.’”

Almost two years after this near miss, Santorum says he is enjoying time away from politics, having stepped into an unlikely second life as a movie mogul.

As CEO of EchoLight Studios, a family-friendly film distribution company based in Dallas, Santorum has spent months on the road promoting the recently released feature “The Christmas Candle.”

But for this conservative former lawmaker, who is weighing a second presidential run, the circumstances surrounding Romney’s good luck and his own misfortune in Iowa seem to be never far from his mind.

“Had he lost Iowa, then the air of invincibility would’ve been dashed,” Santorum said of his opponent. “Of course, we had a great week raising money, but it wasn’t the same, had we won. If we’d won, I would’ve been on every show the next day, and Time magazine might have had me on the cover. Things like that would’ve really changed the whole thing.”

Even without such a boost, Santorum managed to far exceed just about everyone’s expectations by taking the race all the way to April with several more wins and near-misses along the way.

In the interview with RCP, he emphasized that his first foray into presidential politics taught him much about strategizing that could prove critical if he gives it another go.

Maybe next time, for instance, he won’t spend precious time and resources in socially moderate New Hampshire -- where he campaigned hard but faltered badly with an electorate predictably unreceptive to his message.

“Before, when I ran, it was just go out there and run and do the best you can and try to break through, and go to every state where they’ll pay attention to you so you can get some coverage,” he explained. “I don’t think that’s the case anymore, so obviously, if we decided to do this again, we’d do it differently than we did the first time.”

Though he would enter the next race as an instantly viable contender in evangelical-heavy Iowa, Santorum faces a daunting, and familiar, challenge: He won’t be taken very seriously elsewhere, particularly among the GOP “smart set” and national media.

In a field of Republican candidates that is expected to be much stronger than it was in 2012, this problem will only be exacerbated.

And it is a problem that Santorum himself readily acknowledges.

Among the latter, Santorum cites his authenticity -- a trait that was highlighted in the recently releaseddocumentary “Caucus,” about the 2012 race in Iowa.

In one scene, he engages in an extended, one-on-one argument with a voter about international trade policy -- a seemingly no-win situation that most other candidates would have tried to avoid. But that was exactly the kind of often-uncomfortable encounter that Santorum embraced while stumping in Iowa.

“A lot of politicians think you just go around and try to make nice and never say anything contrary to what people want to hear, and that’s just never been the way I’ve done business,” he said.

As he did throughout the 2012 race, Santorum faces a commonly held criticism that his views are too conservative to win a national election, especially on hot-button social issues like abortion and gay marriage, in which the pendulum of public opinion has swung ever farther from Santorum’s stance.

The charge that his message appeals “directly to the heart of not enough people to win,” as Stephen Colbert put it wryly in a recent interview with the former candidate, is one that Santorum is eager to counter.

“There’s this fixation, particularly in the media – and, I would argue, among those establishment types -- that people vote for candidates primarily based on issues,” he said. “And that may be true in some campaigns -- maybe for Senate and House, primarily -- but for president, they vote on a lot of things. They vote on leadership and authenticity and sincerity and trust and likeability. They don’t go down a checklist and say, ‘Oh, if I agree with this guy on issues more than I agree with that guy on issues, I’m for him.’”

Santorum made the case that ever since television became the dominant medium in presidential campaigns more than five decades ago, “the best communicator” has ended up the victor in every general election.

“I don’t care what party or what’s going on economically -- it’s the candidate that people like and relate to and communicate effectively with, that’s the person who wins,” he asserted. “And we don’t value that as much as we should. We are stuck in a very different world as Republicans, as to who we nominate, and I hope we don’t make that mistake again.”

Asked whether Chris Christie might be precisely the kind of effective messenger that the Republican Party would rally behind, Santorum complimented the New Jersey governor’s communications skills and “unique style.” But he left it at that.

Santorum was more forthcoming, however, when asked how the GOP had failed so mightily in the last race to communicate effectively about the pitfalls of Obamacare, an approach that would now appear prescient given the administration’s disastrous rollout of the national health care law.

“Of course we knew this all along, and we didn’t talk about it because we didn’t have a candidate who could talk about it,” he replied. “So for all of these ‘really smart’ establishment Republicans, they’re really dumb when it comes to figuring out what issues we need to run on and have the candidate who’s best to run on them.”