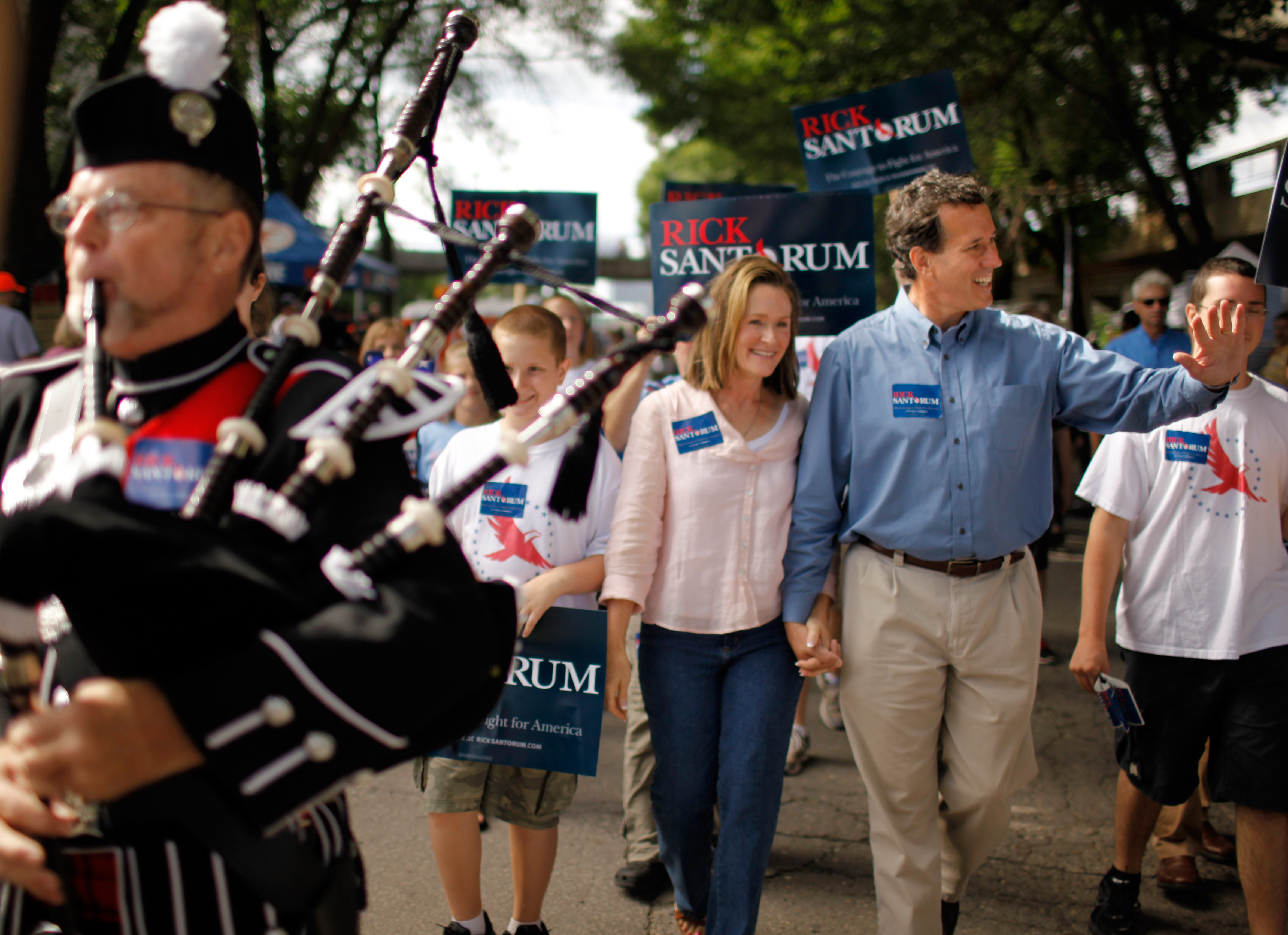 "I can report that Bella is extremely doing well," Gidley said on MSNBC. "She's on the road to recovery. In fact, the family hopes to take her home a little bit later on today if she gets the all clear from the doctors. It's a miraculous turnaround."

Bella Santorum, who suffers from a severe genetic disorder called Trisomy 18, was hospitalized on Friday for the second time this year. The former Pennsylvania senator had already left the campaign trail for a few days to celebrate the Easter holiday, and decided not to hold events Monday so he could remain with her.

Barring any last-minute changes in his daughter's health, Santorum plans to resume his campaign Tuesday, Gidley said. But he added, "Rick will not leave her side if she's in the hospital and it's serious."

Santorum's home-state schedule for Tuesday includes a rally in Bedford and an "American Heartland Conversation on Faith, Family, and American Values" in Lancaster. He has a narrow lead over Mitt Romney in most polls of the April 24 Pennsylvania primary, which he has said he must win.